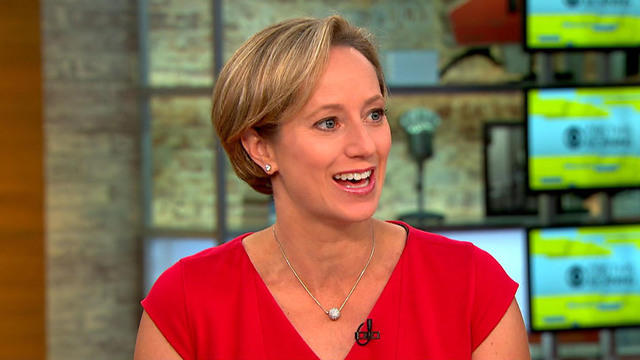 Parents’ advice to their kids about healthy eating and weight could backfire, according to the American Academy of Pediatrics, but psychologist and CBS News contributor Lisa Damour explains how parents can avoid that in her latest article on the New York Times’ website, “3 Ways to Get Kids to Eat Better.”

According to Damour, the best way to approach the topic was to have a “neutral” conversation, first by focusing on the “biological realities.”

“Human bodies need a certain amount of nutrition to survive and we can only eat so much a day so what we eat has to provide that nutrition,” Damour said on “CBS This Morning” Tuesday.

Damour also said parents should talk about it in the context of self-care, reminding the kids that “how we eat is how we look after ourselves.”

Finally, Damour said talking about the broader impact of our food choices can also help, such as choosing between apples that are “relatively kind to the environment” or highly processed apple-flavored snacks that are packaged in factories.

“And this last one is interesting because when you eat in a way that you feel is good for the environment, you get this immediate gratification ... so this makes it easier to make a healthier choice,” Damour said.

This message of “sticking up for the little guy” works particularly well for teens, Damour said. Research shows that teens can actually change behavior when food choices are linked to making socially valuable choices.

According to the AAP, body dissatisfaction is linked to low self-esteem and depression, so conversations about food, appearance and weight really matter, Damour said. When having these conversations with teens, Damour said to focus on “eating healthy and being active” rather than weight and dieting.

Body image has also become a presidential campaign issue, following Republican nominee Donald Trump’s body-shaming remarks, and even implications of sexual assault in a leaked 2005 video. “CBS This Morning” co-host Norah O’Donnell shared how one nine-year-old boy said he now knew about the “p” word and “b” word.

“How do you have these conversations with young children, about what those words mean?” O’Donnell asked.

Damour said the conversation came down to two things – talking about the meaning of the language and its impact. When a child asks what a word means, Damour said to first ask what they think it means.

“Usually they have an idea and you want to find out what they think before you start with your idea,” she said. “And then I think you can say… that’s a word that describes a part of a person’s body and it’s meant to cause harm.”