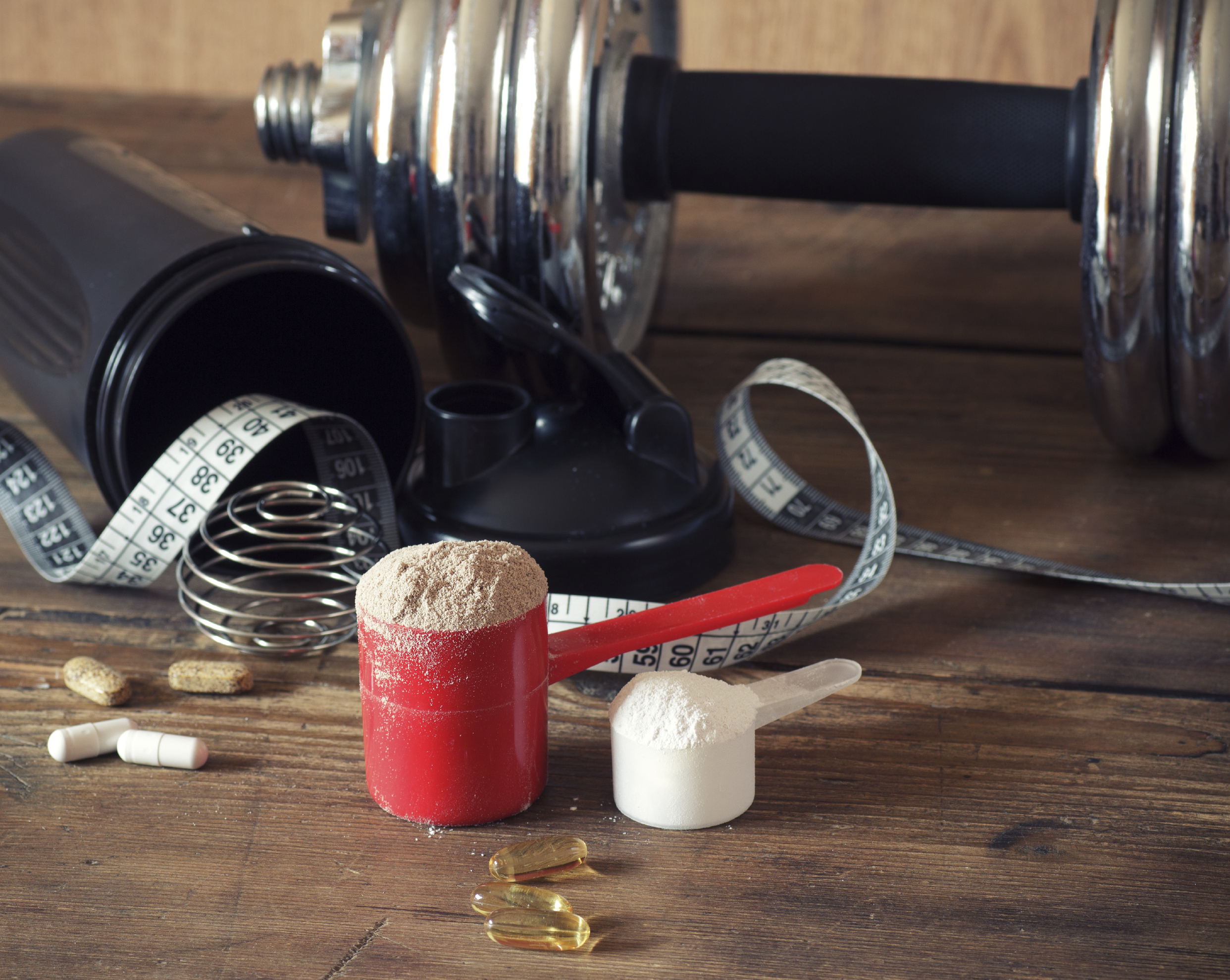 Men in pursuit of an idealized physique -- six-pack abs, broad shoulders, bulging biceps and a slender waist -- are using more over-the-counter workout enhancing supplements in their quest to be both lean and muscular at the same time.

For some, a growing reliance on supplements could be considered a new class of eating disorders, according to research presented at the American Psychological Association meeting in Toronto. The result is a complex psychological and nutritional imbalance for men who use such products excessively.

"Body-conscious men who are driven by psychological factors to attain a level of physical or masculine 'perfection' are evidenced to use these supplements and drugs in a manner that is excessive and which was demonstrated in this study to be a variant of disordered eating" a team led by Richard Achiro, PhD., of the California School of Professional Psychology at Alliant International University, Los Angeles, wrote in research provided to CBS News.

The survey included 195 men between the ages of 18 and 65 who said they had used fitness supplements like whey protein, creatine and L-cartinine -- legal products that are included in the class of appearance and performance enhancing drugs, or APEDs -- in the past 30 days, and worked out at least twice a week. Often consumed in the form of energy bars or protein shakes, APEDs are becoming increasingly common and popular.

The gym-active men were asked a series of questions about eating habits, current phase of training and views about their bodies. The survey was constructed as part of a unique model researchers are building to identify supplement-related disorders.

"This is the first known study to empirically demonstrate that body dissatisfaction -- a perceived disparity between one's ideal and actual physique -- plays a prominent role in the initiation and maintenance of legal APED consumption," the report says.

Twenty-nine percent of the men surveyed said they were concerned about their own use of APEDs. Twenty-two percent said they have used the supplements to replace meals. And more than 40 percent said their use had increased over time.

In the most extreme cases, 8 percent said they'd been told by their doctor to cut back on supplement use and 3 percent had been hospitalized for kidney or liver problems linked to their excessive use of the supplements.

"Legal APEDs -- which purport to foster the lean/muscular, mesomorphic body type most prevalent in our sociocultural climate -- have become a primary means by which men seek to alter their bodies," the study notes.

The researchers say their findings point to several different psychological factors tied to excessive use of legal supplements, including gender role conflict -- meaning the men perceived a certain body image as more "masculine" -- and self-esteem that was tied to their level of satisfaction with their bodies. Understanding these underlying motivations are key to recognizing when a problem may be starting.

Four to 10 percent of college-age men have known eating disorders, according to the National Eating Disorders Association (NEDA). The group says male body image concerns have greatly increased in the past couple of decades, in part because of increased sexual objectification of men and the portrayal of the combined lean and muscular ideal in media images.

"The objectification that used to be pretty much solely for women has now shifted so there is quite a bit of attention on men's bodies," Dr. NiCole Buchanan, associate professor of psychology at Michigan State University, told CBS News. "The attention and the ideal male image has shifted to one that is unattainable and unreasonable for most men to believe that they should achieve."

Complicating the issue, experts say men are less likely than women to think they have an eating disorders or seek help for it.

According to the new research, those using legal supplements may be seeking a more balanced appearance than bodybuilders who "bulk" or others who diet excessively, but their misperceptions or dissatisfaction with their bodies are not any healthier.

Though previous studies have shown a link to unrealistic body ideals in gym-active gay men, researchers highlight the fact that their study found this occurs in men of all sexual orientations.

Low self-esteem often motivated risky body change behaviors for these gym-active men, they say. This suggests overuse of legal APEDs is similar to substance abuse behaviors -- it may be a dangerous way for these men to cope with emotions sparked by other life experiences, or from dissatisfaction with their bodies.

"You see their self-esteem being directly linked to achieving a certain body size, a muscle mass, maybe achieving a low body fat number, instead of creating and achieving healthy self-esteem that's based on who they are as a human being overall," said Buchanan, who has done separate studies on gender and eating disorders.

Research by Buchanan and others has shown men typically surpassed women in one type of eating or body image disorder: excessive exercise. The men in the latest study were using the supplements as part of their gym regimens.

"The supplements seem to be a response to the increasing demand and attention placed on men's bodies," Buchanan said. "The supplement industry is contributing to it and being influenced by the media campaign and the increased demand."

Like illegal steroids, legal APEDs can be used in high quantities for "bulking up" with added muscle. They are also used the opposite way, against directions, as a meal replacement to help with "cutting" weight. Researchers in this study found men were using them both ways, for whatever current goal they had in their fitness routines.

Buchanan says as legal APEDs become more ubiquitous and accepted as a part of workout routines, it's even more concerning for teens and active young men, who are showing an increase in eating disorders.

"As younger and younger boys engage in these behaviors, we're going to see more damaging effects across the life course," said Buchanan. "So it's really important that we begin to look at the way we objectify men and women's bodies and create unreasonable standards that impact their sense of self, their overall well-being and their health behaviors."