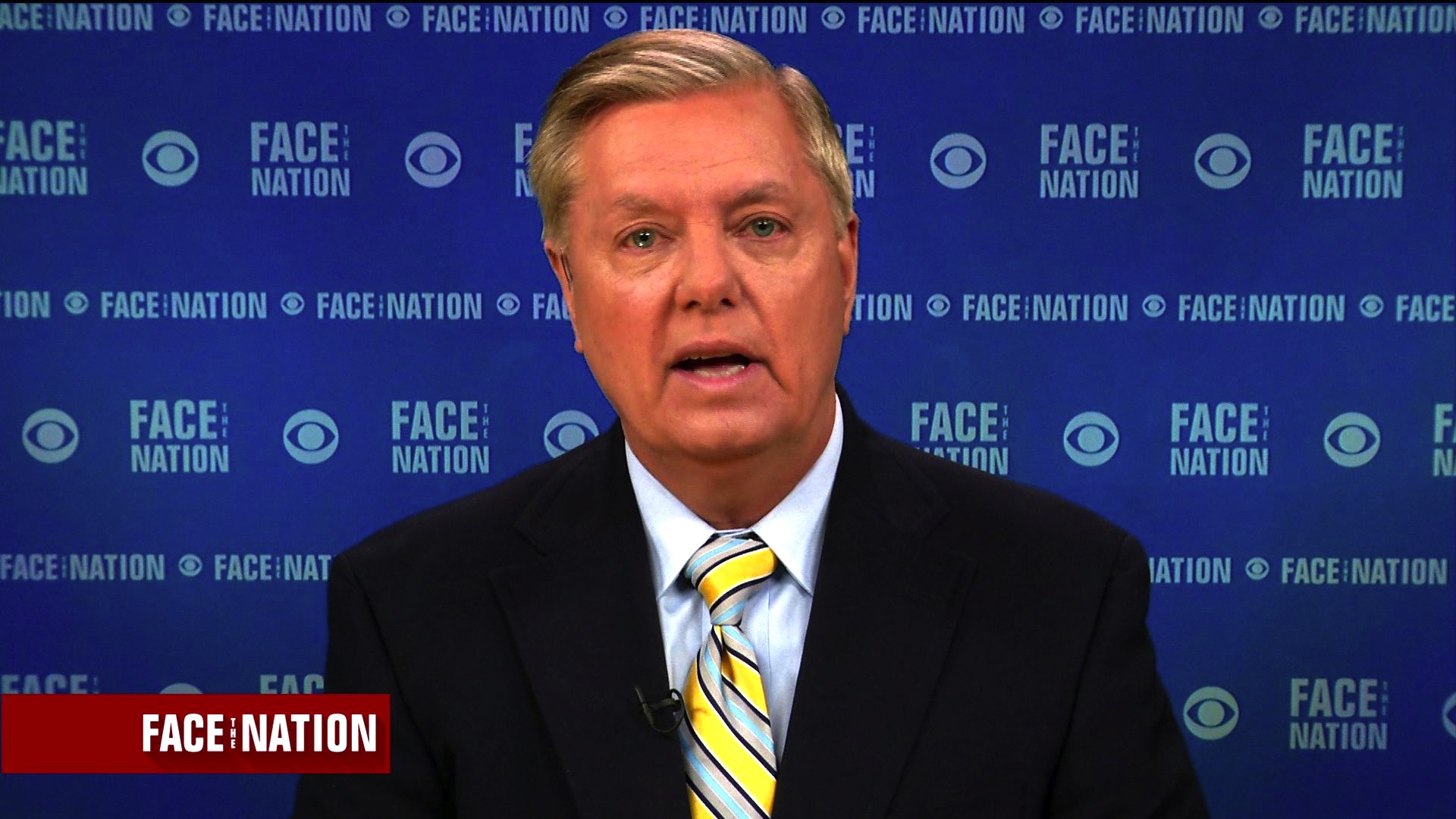 Asked on CBS' "Face the Nation" about former House Speaker John Boehner's comments in support of Trump, Graham said they're evidence of a Republican "civil war," adding that it's important to defeat Trump because his foreign policy worldview is dangerous.

"There's a civil war going on in the Republican Party, obviously. John and I are very close friends, but he's embracing Donald Trump, and I am not. Why? Because I believe Donald Trump's foreign policy is isolationism. It will lead to another 9/11."

Graham, a former presidential hopeful himself who endorsed Texas Sen. Ted Cruz in March, said Tuesday's primary in Indiana is a "big test" for the anti-Trump movement, but that Cruz should stay in the race through the end of the primaries regardless.

"I'm advising Ted, go to the last vote," he said. "Trump's gotten 40 percent of the popular vote. That doesn't give you 1,237 delegates. I think you could still stop, even if you lose in Indiana."

In a reference to Boehner's description of Cruz as "Lucifer in the flesh," Graham used the metaphor to say that Trump's brand of politics will "get creamed at the ballot box" in November.

"There's been a lot of talk about Lucifer. I think Lucifer may be the only person Trump could beat in a general election," he quipped. "But when it comes women and Hispanics, Trump polls like Lucifer."

Graham said former secretary of state Hillary Clinton is a "flawed" candidate, but that she will easily defeat Trump if he's the GOP nominee.

"I think Hillary Clinton is an incredibly flawed candidate, but she will mop the floor with Donald Trump," he said, "because, with women and Hispanics, they hate Donald Trump because he's so harsh and he's so cruel in his foreign -- in his policies toward illegal immigration, and he's so insulting toward women in general."

He made a direct plea to Republicans who are leaning toward backing Trump, saying that doing so is "destroying conservatism."

"Let me just tell my friends, who I really do respect, if you are embracing Donald Trump, you're destroying conservatism," he said. "You will make it hard for this party to ever regain footing with Hispanics, because his immigration proposal is unworkable, is hateful. When it comes to women, we're alienating women, who should be coming our way after eight years of Obama."

And for down-ballot Republicans running in tough states who may have to grapple with Trump on top of the ticket, Graham had this advice: "Be your own person. Reject Donald Trump's approach to solving immigration, because it won't work and it's hateful."