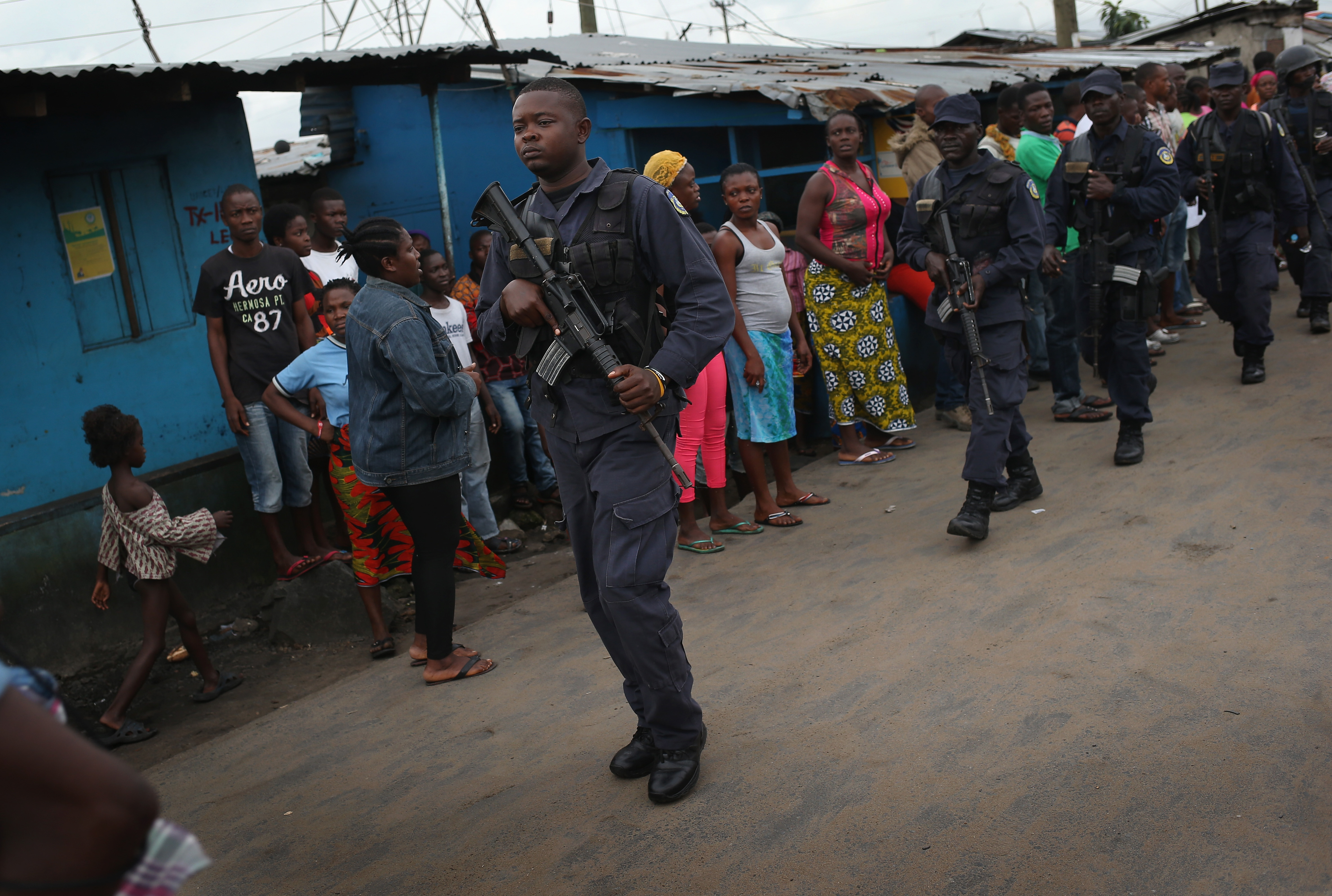 MONROVIA, Liberia -- Some of the people who fled an Ebola quarantine center in a Liberian slum when it was looted over the weekend are again under observation at a hospital Monday, a health official said.

Late Saturday, residents of Monrovia's West Point slum attacked a quarantine center, where people were being monitored for possible infection with Ebola. The residents were angry that patients were brought to the holding center from other parts of Monrovia.

During the raid, up to 30 suspected Ebola patients fled, but on Monday, Assistant Health Minister Tolbert Nyenswah told CBS News' Debora Patta "many of them have been picked up and isolated again."

It was not clear how many had been tracked down or how authorities were identifying them.

None of those who fled had been confirmed with Ebola and the process of screening them was continuing, Nyenswah told the Associated Press on Sunday.

There were concerns the raid could fuel the spread of Ebola in a slum where at least 50,000 people live. Police said the looters stole bloody sheets and mattresses, which could carry the infection.

Authorities have struggled to contain the spread of an Ebola outbreak in West Africa. Already the death toll is nearing 1,500, and the number of confirmed infections nearly 2,000 in Guinea, Liberia, Nigeria and Sierra Leone.

The World Health Organization is scaling up its international response, saying extraordinary measures are needed to contain the virus.

Ebola is spread through direct contact with bodily fluids and there is no licensed treatment. The only way to contain the disease is to isolate the sick and closely watch those they have come into contact with for signs of infection.