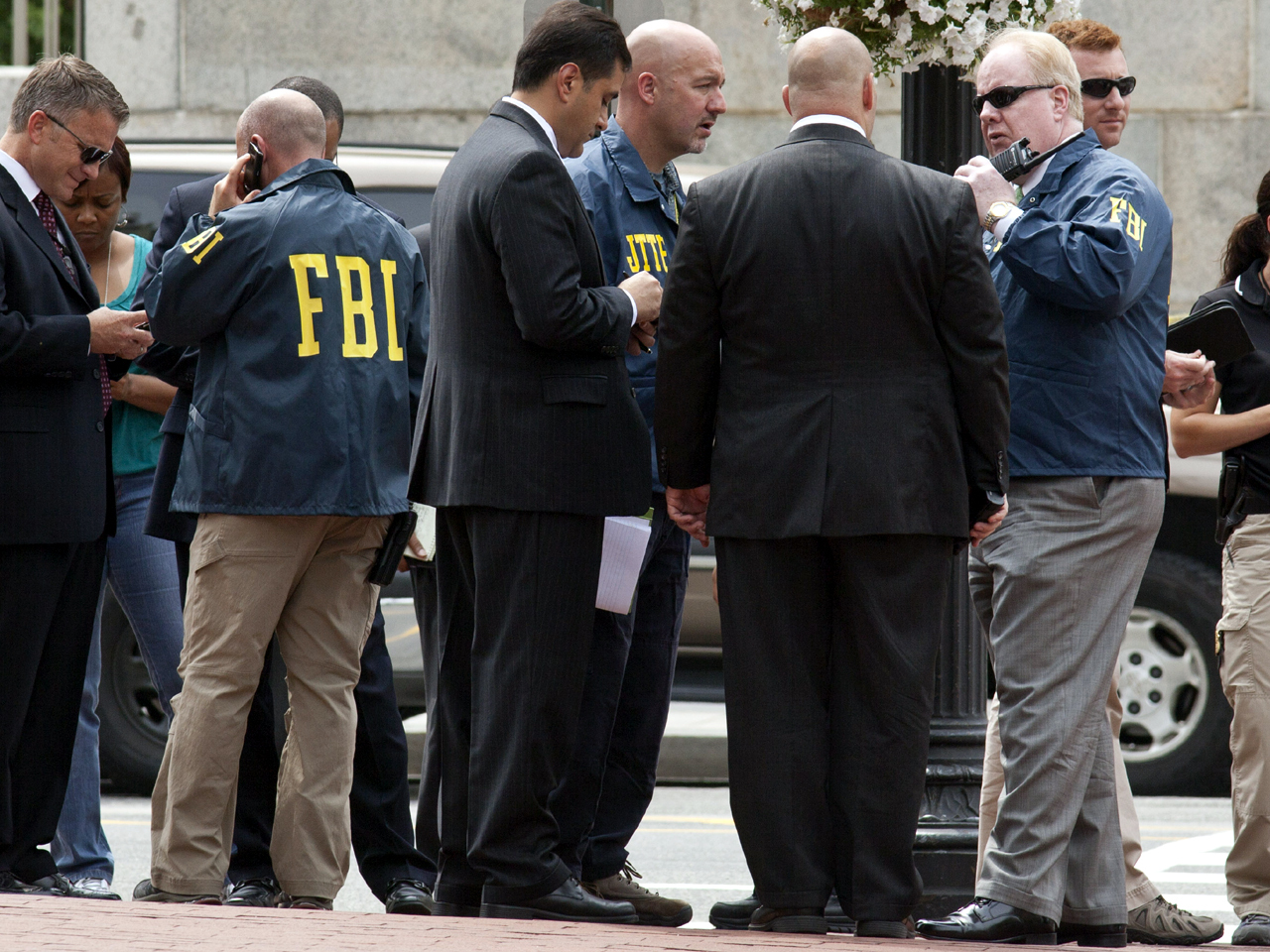 (AP/CBS) WASHINGTON - A man who volunteered at a gay community center had a backpack full of Chick-fil-A sandwiches and a box of ammunition when he said "I don't like your politics" and shot a security guard at the headquarters of a conservative lobbying group, authorities revealed Thursday.

Floyd Lee Corkins, II, was ordered held without bond on charges that he opened fire a day earlier inside the lobby of the Family Research Council, an influential conservative Christian group that has supported the president of the fast-food chain hisstaunch opposition to same-sex marriage.

Though the shooting was swiftly condemned by groups across the ideological spectrum, it tapped into deep divisions over cultural issues like gay marriage and drew finger-pointing about whether inflamed rhetoric on either side was to blame.

Corkins had been volunteering for about the past six months at The DC Center for the LGBT Community, said David Mariner, executive director of the community center, in Northwest Washington. He usually staffed the center's front desk on Saturdays, and his most recent shift was about two weeks ago.

Family Research Council President Tony Perkins said "reckless rhetoric" from organizations that disagree with his group's opposition to abortion and same-sex marriage was to blame for the shooting.

"Corkins was given a license to shoot an unarmed man by organizations like the Southern Poverty Law Center that have been reckless in labeling organization hate groups because they disagree with them on public policy," Perkins said.

The Southern Poverty Law Center, which tracks and litigates hate groups, labeled the FRC as a hate group in 2010 for what it called the group's anti-gay stance. It called Perkins' comments "outrageous" and claimed he and his allies were trying to "score points."

The SPLC "deplores all violence, and our thoughts are with the wounded victim, Leo Johnson, his family and others who lived through the attack," Senior Fellow Mark Potok said in a statement

Corkins, 28, entered the lobby of the downtown Washington building on Wednesday morning, carrying a backpack with a box of ammunition and 15 Chick-fil-A sandwiches, authorities said. It wasn't immediately what he planned to do with the sandwiches.

Corkins, who recently been volunteering at a D.C. community center for lesbian, gay, bisexual and transgender people, told the guard words to the effect of, "I don't like your politics" and pulled a handgun from his backpack, according to an FBI affidavit.

The guard was shot in the arm but was able to help wrestle the gun away and restrain the shooter, police said.

Corkins, who lives with his parents in Herndon, Va., was charged with assault with intent to kill and bringing firearms across state and was ordered held pending a hearing next week. He told the judge he had only $300 in his account and was appointed a public defender. He was otherwise silent during the hearing and stared ahead impassively.

The shooting was rebuked by President Barack Obama and Republican president candidate Mitt Romney, but also gay and lesbian advocacy groups and Christian organizations. One, the National Organization for Marriage, said it was time to stop labeling organizations that oppose same-sex marriage as hateful.

The Family Research Council had recently defended Chick-fil-A president Dan Cathy for his opposition to gay marriage. The council strongly opposes gay marriage and abortion and says it advocates "faith, family and freedom in public policy and public opinion." The conservative group maintains a powerful lobbying presence, testifying before Congress and reviewing legislation.

Corkins' parents told FBI agents that he has "strong opinions with respect to those he believes do not treat homosexuals in a fair manner," the complaint says.

The assault charge carries up to 30 years in prison and the weapons charge has a 10-year maximum sentence.

Authorities believe Corkins parked his car at a northern Virginia Metro station and used public transportation to get downtown. An open black box resembling a gun box was found on the car's passenger seat, the affidavit says. Corkins used a Sig Sauer 9mm pistol that was legally bought and owned, said Richard Marianos, special agent in charge of the ATF's Washington field office.

The guard, Leonardo "Leo" Johnson, 46, was resting comfortably at a hospital Thursday morning. His mother, Virginia Johnson, said she had not been to visit him but had spoken to him by phone.

"He said he feels very well," she told The Associated Press in a brief interview. "I am proud of him, very proud of him."