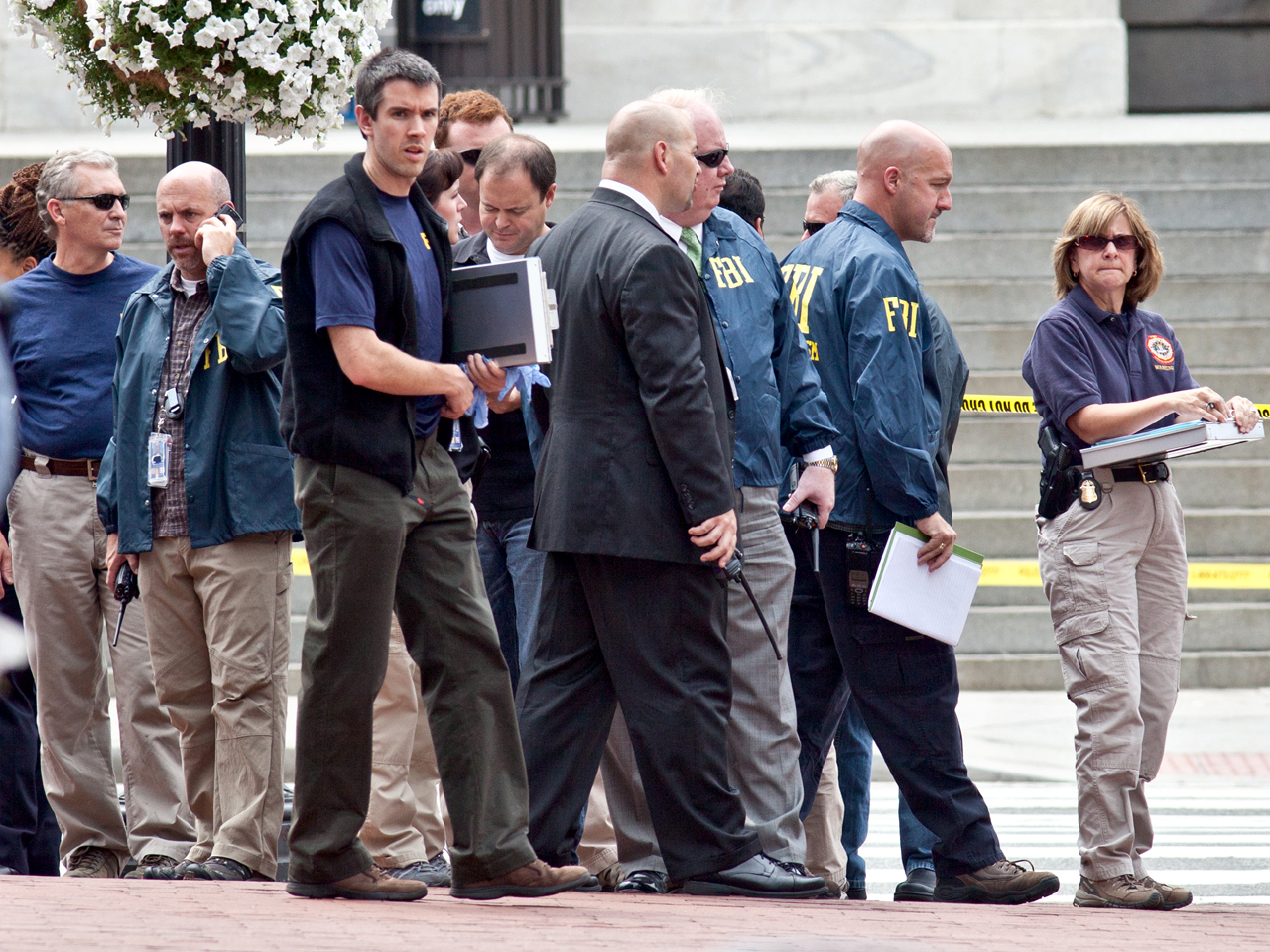 (AP) WASHINGTON - A man suspected of shooting and wounding a security guard in the lobby of a Christian lobbying group had been volunteering at a community center for gay, lesbian, bisexual and transgender people.

A law enforcement official has identified the suspect arrested in Wednesday's shooting as Floyd Corkins II of Herndon, Va. Investigators were interviewing his neighbors.

Another official says the shooter made a negative reference about the work of the Family Research Council before opening fire. The officials spoke anonymously because they were not authorized to discuss the ongoing investigation.

David Mariner is executive director of The DC Center for the LGBT Community. He says Corkins had been volunteering at the center for about the past 6 months. Mariner describes Corkins as "kind, gentle and unassuming."

While police have not yet stated what motivated Corkins, a coalition of 25 gay rights groups released a statement through GLAAD condemning the shooting.

"The motivation and circumstances behind today's tragedy are still unknown, but regardless of what emerges as the reason for this shooting, we utterly reject and condemn such violence. We wish for a swift and complete recovery for the victim of this terrible incident," the statement read.

The guard, who was an employee of the FRC, was taken to a hospital in stable condition.

"Our first concern is with our colleague who was shot today," the group's president, Tony Perkins, said in a statement.

Republican presidential candidate Mitt Romney said in a statement that he was appalled by the shooting. "There is no place for such violence in our society," he said. "My prayers go out to the wounded security guard and his family, as well as all the people at the Family Research Council whose sense of security has been shattered by today's horrific events."

The headquarters of the Family Research Council is in the city's bustling Chinatown neighborhood, near the Verizon Center, the Smithsonian National Portrait Gallery and several museums, restaurants and shops.

Amy Biondi and her husband Steve were visiting Washington from Long Island with their daughter and a friend and tried to ask officers for help with a parking meter when they were told there was a situation they had to deal with. The door to the FRC was opened, and an officer repeatedly shouted, "Put the gun down, put the gun down."

"Next thing you know there are police officers swarming the area," said Biondi, 45, a massage therapist from St. James, N.Y.

The family didn't get a close look, but they said the man officers were talking to seemed to comply with the orders immediately.

Perkins was an outspoken defender of Chick-fil-A President Dan Cathy's public stand against same-sex marriage, which made the fast-food chain a flashpoint in the nation's culture wars. The Cathy family foundation has funded the Family Research Council.

"He's taking a bold stand," Perkins said after Cathy's comments were reported. "Chick-fil-A is a Bible-based, Christian-based business who treats their employees well. They have been attacked in the past about their stand. But they refuse to budge on this matter, and I commend them for what they are doing."