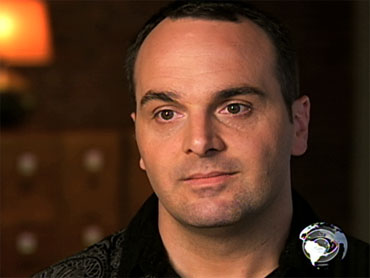 (CBS)
Seth Doane is a CBS News correspondent based in New York. At first you might think a documentary that profiles sixteen people who lost their jobs would paint a rather bleak picture. However "Lemonade" does exactly the opposite.

Throughout the economic downturn we in the news world have spent a lot of time chronicling the pain and loss that accompanies a layoff, foreclosure or misfortune. So, for a change, it was a great treat to get to tell the story of someone who found hope from their hardship and felt inspired to tell others.

Erik Proulx is not a filmmaker by trade but he is a story teller. I asked him to write the blog below, so he could give the back-story in his own words.

Erik Proulx wrote the following blog. He is the creator and executive producer of "Lemonade."During a recent screening of Lemonadein Detroit, I asked a room of about 300 people if anyone had ever been laid off. About 90 percent of them raised their hand. When asked whose lives ultimately improved because of it, almost every single one of them kept their arms raised high.

Immediately following my own recent layoff in October of 2008, I started a blog and community for my industry called Please Feed The Animals.The thought was to give people a forum to vent and help "the recently unemployed advertising professional" get through a difficult time.

But instead of hearing about hardship and struggle, a curious trend emerged. People started emailing me with stories of hope and reinvention. Rather than sulk, my fellow unemployed were pursuing ways to turn their passions into their careers.

As a three-time "survivor" of unemployment myself, I had the hindsight of knowing I would land on my feet. But for those going through it for the first time, getting laid off can feel desperate. And that's why I made Lemonade -- to help people see the opportunity presented to them in a time of crisis.

As I started collecting stories for filming, I still needed resources. I didn't have a crew. Or money to travel. I still needed music and lights and editing and producers. All of which were necessary if Lemonade were to be more than just me and a handicam.

And thanks to social media, everything I needed fell into place..

The production company Picture Parksaw my tweet about making a film, and they offered their resources. Virgin America read my open letter requesting their support,and they sponsored the flights. Facebookand Twitter cast a very wide net, and everything from producers to camera rental companies responded.

Thanks to the amazing generosity of so many people and organizations, it cost me almost nothing in out-of-pocket expenses to make this film. But to make ends meet without a job, I had to work nights and weekends on short-term consulting gigs. I even had to put a mortgage payment on a credit card.

On the face of it, this might sound reckless. I have a stay at home wife and two beautiful children who rely on me to keep a roof over their head. But with an unwavering voice of confidence from my wife Kathryn, and an incredible community of people who were rooting for this film, turning my back on Lemonade was never an option.

After all, I was trying to tell others that losing a job can be a potentially wonderful thing. And how could I do that in good conscience without actually making lemonade myself?