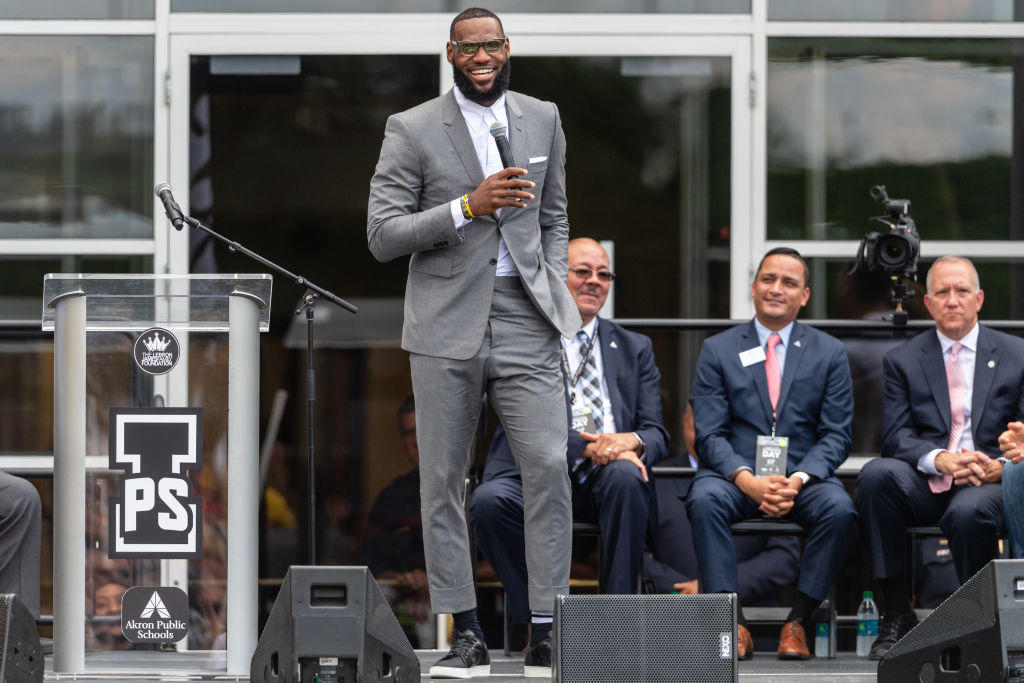 LeBron James celebrated the opening of the new I Promise School in his hometown of Akron, Ohio, on Monday, marking the first time he has spoken publicly since leaving the Cleveland Cavaliers to join the Los Angeles Lakers.

The LeBron James Family Foundation partnered with Akron Public Schools to design the school for students in the area who come from difficult circumstances. It will initially open its doors to 240 third- and fourth-grade students, and will add first- and second-grade classes in 2019. The school plans to offer first through eighth-grade classes by 2022.

James said he chose to open the school, located down the street from his high school, because he knows exactly what young students are going through. "I know the streets that they walk. I know the trials and tribulations they go through. I know the ups, the downs," he said. "I know everything they dream about and the nightmares they have … because I've been there. They're the reason that this school is here today."

Students were eligible to attend the school based on their academic performance. Keith Liechty of Akron Public Schools told USA Today that administrators examined reading data and identified students who were one or two years behind in reading.

"From that, we had more than 120 kids. We had to put a cap on it so we could fit under one roof. We did a random selection of all students who met that criteria and got to make these awesome phone calls to parents," he told USA Today.

At Monday's ceremony, James thanked Michele Campbell, the director of his foundation, saying she is the main reason the school opening was possible. He also thanked the city's school system and sponsors of the new school. "And know, no matter if I'm playing in Los Angeles or not, Akron is always home to me," he said.

Speaking to USA Today, Campbell said that the kids might not become James on the basketball court, but maybe they become "the LeBron James of their passion and dream in life."