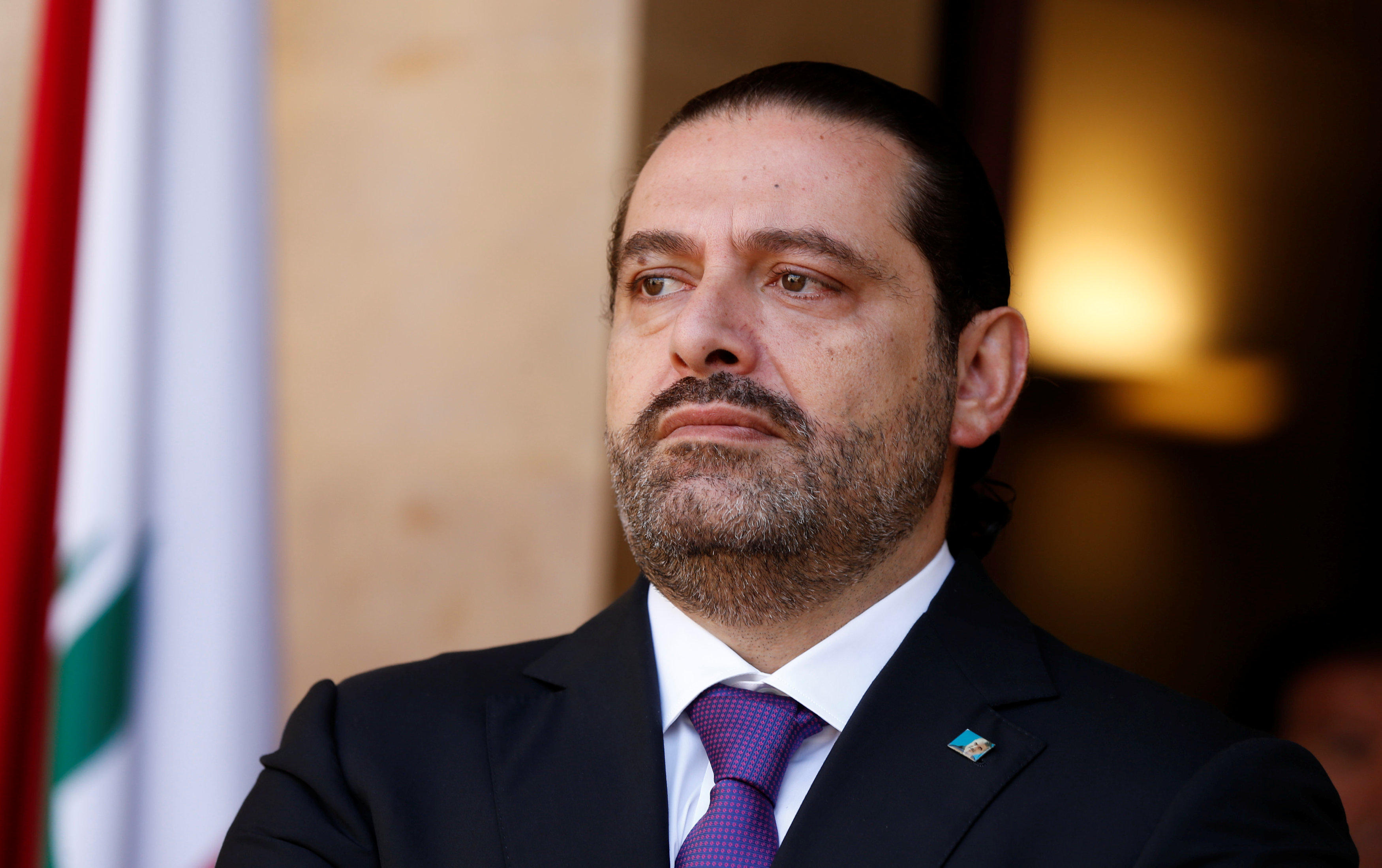 BEIRUT -- French President Emmanuel Macron on Wednesday invited Saad Hariri and his family to come to France after the Lebanese prime minister's surprise resignation earlier this month, amid allegations that Saudi Arabia is holding him prisoner.

Macron said he is not offering Hariri political "exile" but wants him to come to France for a while to help calm tensions in Lebanon and dispel fears that he is a prisoner.

Speaking to reporters Wednesday during a climate meeting in Germany, Macron said that in discussions with Hariri and Saudi Crown Prince Mohammed bin Salman, "we agreed that I would invite (Hariri) to France for several days with his family."

Hariri's older brother meanwhile broke his silence over the premier's shock resignation announced from Riyadh earlier this month, after speculation that the elder Hariri was being groomed by Saudi Arabia to fill the post.

Bahaa Hariri, in a statement to The Associated Press, said he supported his brother's resignation and thanked Saudi Arabia for "decades of support" for Lebanon's institutions. He accused Iran and the Lebanese militant group Hezbollah of seeking to "take control of Lebanon."

Hariri declined to comment further in a phone call with the AP.

France, Lebanon's onetime colonial ruler, has been trying to mediate in the crisis between Lebanon and Saudi Arabia.

An official in the French president's office, who spoke to the AP on condition of anonymity because he was not authorized to be named publicly, said Hariri is expected to travel to France in the coming days with his family. The official said Macron spoke with Hariri and Salman several times Tuesday and Wednesday.

Lebanon's president had earlier accused the Gulf kingdom of detaining Hariri, calling it an act of "aggression" and asking U.N. Security Council nations and European governments to intervene. It was the first time Michel Aoun described Hariri as a detainee since his Nov. 4 resignation.

Iranian President Hassan Rouhani meanwhile ratcheted up the rhetoric against Saudi Arabia, his country's main regional rival, saying the kingdom pressured Hariri to resign in a "rare" intervention in another nation's affairs.

Rouhani also accused Saudi Arabia, without naming the kingdom, of "begging" Israel to bomb Lebanon. Hassan Nasrallah, the leader of Lebanon's Iran-backed militant group Hezbollah, has made the same accusation.

Saudi Arabia has accused Hezbollah of aiding Iran-allied rebels in Yemen, who fired a ballistic missile that was intercepted outside the Saudi capital earlier this month. Hezbollah has said Saudi Arabia forced Hariri to resign in order to bring down his coalition government, which includes the group.

Hariri is a Saudi ally who holds dual citizenship. He announced his unexpected resignation in a pre-recorded statement broadcast on Saudi TV, in which he lashed out at Hezbollah and said he feared for his safety.

"We consider him detained, arrested" in violation of international laws, Aoun wrote on his official Twitter account. Aoun is a Hezbollah ally but is personally close to Hariri.

Aoun said Saudi Arabia had committed a "hostile act against Lebanon," and that he had called the ambassadors of U.N. Security Council nations about the matter. He said Arab mediation to resolve the crisis had failed.

In a quick response to Aoun, Hariri tweeted that he was fine and will return to Lebanon as promised. "You will see," Hariri wrote, without elaborating.

The head of Future TV, affiliated with Hariri's party, said the prime minister is expected back before Sunday, when Arab foreign ministers meet in Cairo in an emergency session at Saudi Arabia's urging. Riyadh is expected to discuss Iran's rising influence in the region, as well as the Lebanon crisis.

But Bassil, who is on a European tour seeking support for his country amid the crisis, said that Lebanon also has the option of resorting to international law, without elaborating. It was not immediately clear if Bassil would attend the Arab League meeting in Cairo.

France's foreign minister is expected in Saudi Arabia on Wednesday to meet with Hariri and Saudi officials. Macron paid a surprise visit to the kingdom last week.