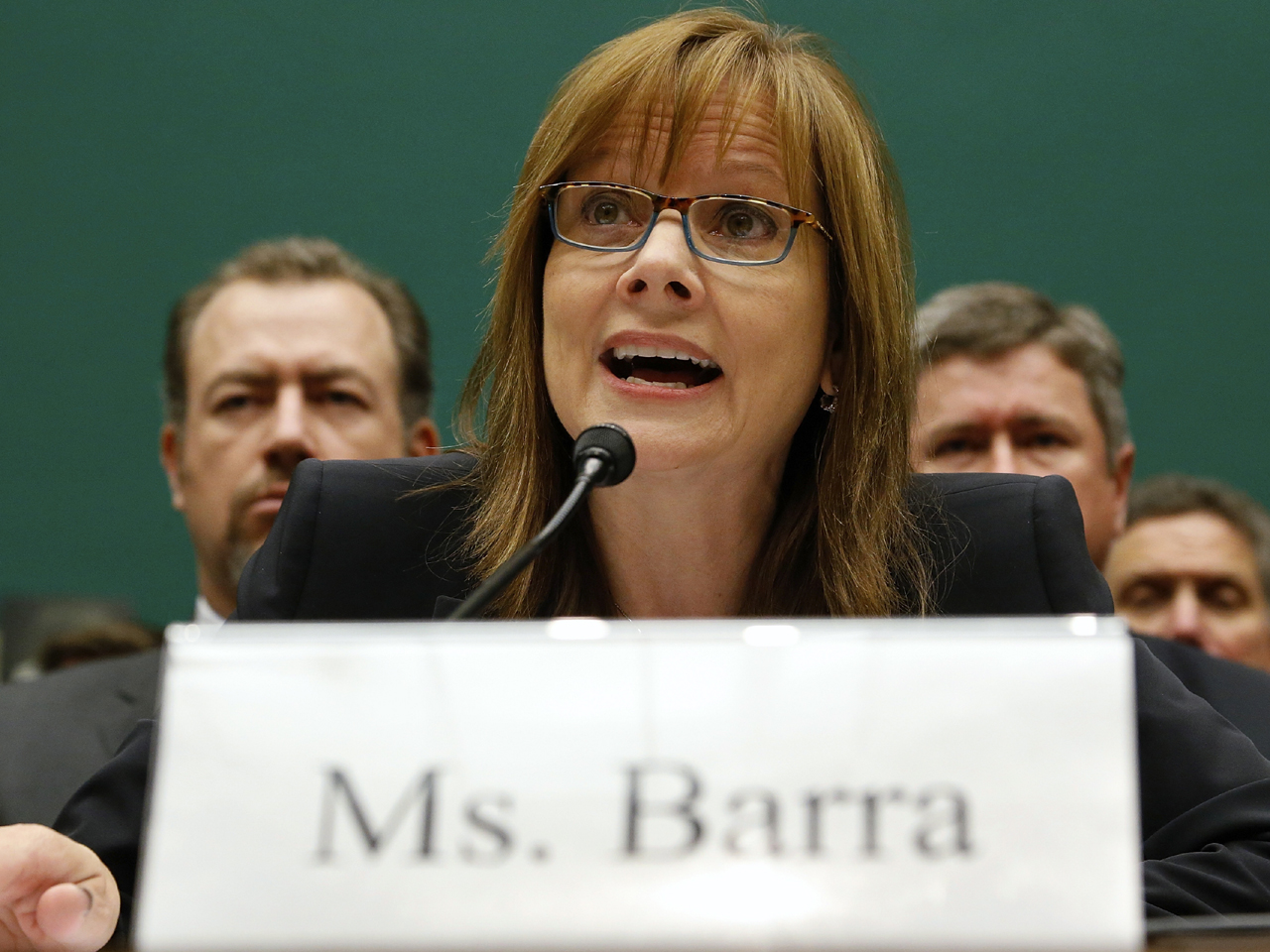 WASHINGTON - House members questioned whether the culture at General Motors could truly change, and whether the dismissal of 15 employees was enough, as they grilled CEO Mary Barra about the actions she's taken since GM admitted that it failed to act on a deadly safety issue for more than a decade.

A House subcommittee heard testimony Wednesday from Barra and attorney Anton Valukas, who recently completed an internal investigation (pdf) on GM's mishandled recall of 2.6 million Chevrolet Cobalts and other cars.

Panel members wanted to know why it took GM so long to recall the cars, which have defective ignition switches. GM blames the switches for at least 13 deaths, but Rep. Diana DeGette, a Colorado Democrat, said she thinks there could be up to 100 deaths associated with the problem.

Lawmakers sought reassurances that GM will act faster in the future, and provided evidence that the Cobalt recall wasn't the only one where GM was slow to take action.

Rep. Fred Upton, R-Mich., read a 2005 e-mail from a GM employee who was driving a 2006 Chevrolet Impala that stalled because the ignition switch unexpectedly slipped out of the "run" position. The employee suggested a "big recall" should be conducted and recommended that the part be made stronger. But the 2006 Impala wasn't recalled for the problem until this week.

Upton asked Barra what GM would do with such an e-mail if it was sent today. The CEO said if GM determined the stalling happened because of a problem with a car part, "then we'll take immediate action." She said this week's recall of 3.4 million large cars was an example of how the company now reacts.

But lawmakers said they need to know more, and were skeptical of some of the conclusions in Valukas's 315-page report, which was paid for by GM and made public on June 5. The report found that a lone engineer, Ray DeGiorgio, was able to approve the use of a switch that didn't meet company specifications, and years later, ordered a change to that switch without anyone else at GM being aware.

"The report does not answer all the key questions. It does not fully explain how the ignition switch was approved without meeting specifications and then redesigned in 2006," said DeGette.

The ignition switch in Cobalts, Saturn Ions and other cars could move out of the run position because of a heavy keychain or a bump of a knee, GM has said. That causes the engine to stall, and cuts off power-assisted steering and brakes, and also disables the air bags. Valukas found that GM engineers failed to consider stalling a safety issue.

Others took years to make the connection between the switches and the air bag non-deployment. Valukas said a culture that prevented information sharing and discouraged people from taking action on problems was partly to blame.

Lawmakers were still left to wonder about the origins of those issues.

DeGette said senior executives, including Barra, should have acted sooner to change the company's culture.

She also said she has heard there is "more paranoia" within the company since Valukas's report was published because employees are worried that they will lose their jobs.

Barra confirmed GM has dismissed 15 people connected with the recall and has initiated a safety review that has led to a record 44 recalls of 18 million cars in the U.S. so far this year.

But Barra said she is also encouraging people to speak up about potential safety issues and is rewarding -- not punishing -- those who do. She said she is already getting emails from employees reporting safety concerns.

"I never want anyone associated with GM to forget what happened," Barra said in her prepared remarks. "This is not another business challenge. This is a tragic problem that should never have happened and must never happen again."

Rep. G.K. Butterfield, D-N.C., questioned GM's resolve to change, noting that most of the 40 safety investigators GM has recently hired are from within GM.

"I would strongly suggest that you look at bringing in some outside fresh blood," he said.

Barra responded that the investigators are some of GM's best engineers, and that the vast majority of GM employees are as troubled by the recall investigation as she is.

"They want to do the right thing. They want to produce high quality and safe vehicles," she said.