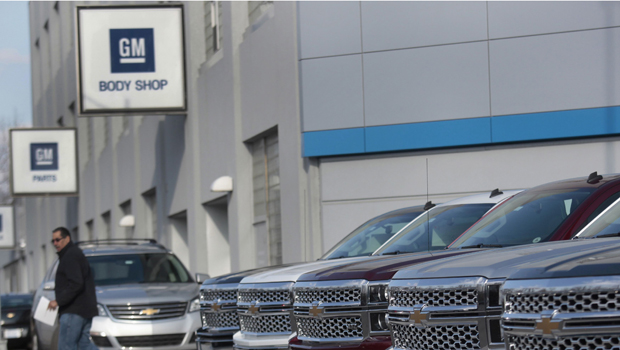 NEW YORK -- Federal prosecutors have reached agreement with General Motors to resolve a criminal investigation into how the Detroit automaker broke the law by concealing a deadly problem with small-car ignition switches, a person familiar with the settlement confirmed to CBS News.

CBS News senior investigative producer Pat Milton reported that as part of the deal, GM is expected to agree to pay a large financial penalty, but less than the $1.2 billion Toyota Motor Corp agreed to pay last year in a similar case, the person familiar with the deal said.

In addition, GM is expected to enter into a deferred prosecution agreement under which the government will eventually seek to dismiss the case if the company abides by the terms of the deal, the source told CBS News.

If the company does not abide by the terms of the agreement, the corporation could face criminal charges.

A spokeswoman for Manhattan U.S. Attorney Preet Bharara wouldn't comment on the case, nor would General Motors spokesman Patrick Morrissey. The deal was first reported Wednesday by the Wall Street Journal.

Last year GM recalled 2.6 million older small cars worldwide such as the Chevrolet Cobalt and Saturn Ion to replace the faulty switches, which can unexpectedly slip out of the run position to off or accessory. That shuts off the engine and disables power-assisted steering, power brakes and the air bags.

The problem caused crashes that killed at least 124 people and injured 275 more, according to lawyers in charge of a fund set up by GM to compensate victims. Families of those who died will get at least $1 million. GM has set aside $625 million to compensate people, and also faces multiple lawsuits from the problem.

The company acknowledged that some of its employees knew about the problem for more than a decade, but no cars were recalled until early last year. GM hired former U.S. Attorney Anton Valukas to investigate the matter, and he found no wrongdoing on the part of top executives. Instead, he blamed the problem on a corporate culture that hid problems and failed to take action.

In December of 2003, 81-year-old Jean Averill was driving a 2004 Saturn Ion on a Connecticut street when her car left the road, striking a tree. The air bag did not deploy; she was knocked unconscious and died hours later at the hospital.

Averill's family has been offered payment from the GM compensation fund but they say the amount is not enough punishment for the company's decade long cover-up.

"They should be penalized," her son, Mark Averill, told CBS News correspondent Jeff Glor in May. "People should go to jail."

Prosecutors likely chose to charge GM with wire fraud because the company used electronic communications to interact with the government's National Highway Traffic Safety Administration, the agency that it was required by law to notify when it finds out about a safety defect.

In May 2014, NHTSA levied a record civil penalty of $35 million against GM. It said the company violated federal law when it failed to notify the government of safety-related defects within five days of learning about them. NHTSA said GM also failed to respond in a timely manner to the government's requests for information during its investigation of defective air bags.

The deal with GM comes roughly a year and a half after Toyota agreed to a $1.2 billion penalty from the Justice Department, admitting that it hid information about defects that caused Toyota and Lexus vehicles to accelerate unexpectedly and resulted in injuries and deaths. The Justice Department said at the time that it was the largest penalty of its kind ever imposed on an auto company.

GM's fine is likely to be less than Toyota because the company cooperated with the investigation, according to legal analysts.