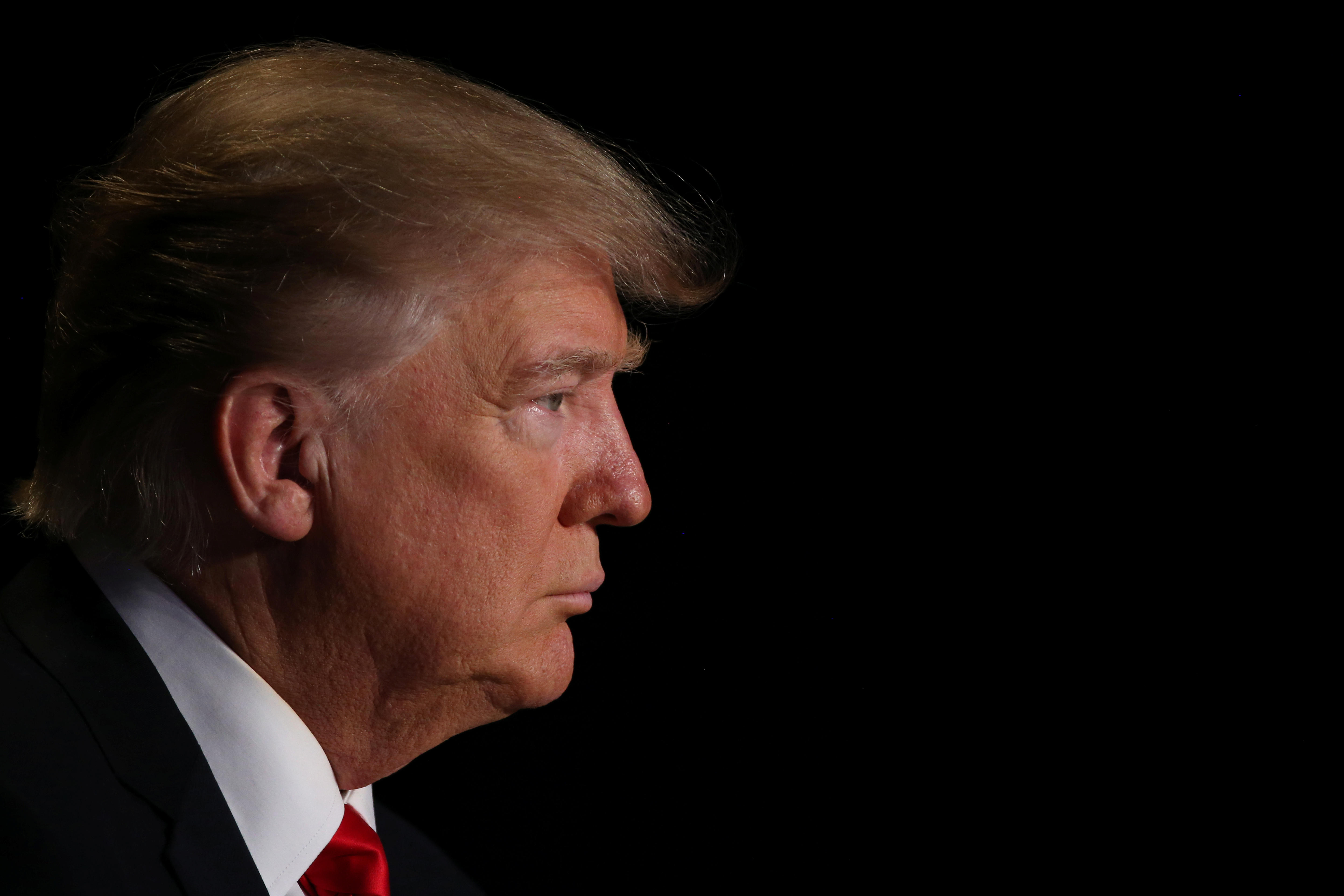 An interview with the president and Fox News’ Bill O’Reilly will air ahead of Sunday’s Super Bowl game.

Vice President Mike Pence, meanwhile, attended the game in Houston as the guest of Houston Texans owner Robert McNair, but he left before the end of the game. His motorcade arrived at the airport just as James White scored the winning touchdown for the Patriots in overtime, CBS News’ Josh Gross reported from the pool covering Pence.

Mr. Trump tweeted today, after the Ninth Circuit rejected his appeal to immediately reinstate the travel ban. Complaining that the judge had “put our country in such peril,” the president tweeted, “If something “happens blame him and the court system. People pouring in. Bad!”

The president is in Mar-a-Lago for the weekend, the Florida property where he continues to hold weekend meetings.

Vice President Mike Pence said Sunday on CBS’ “Face the Nation” that President Donald Trump wasn’t questioning the legitimacy of a federal judge who halted his immigration executive order when he lambasted the judge on Twitter this weekend -- he was “simply expressing a frustration.”

Visa holders from seven majority-Muslim countries who were turned away from the United States due to President Donald Trump’s travel ban are rushing to try again, hoping to make it through a narrow window opened by legal challenges.

The federal appeals court in San Francisco denied Mr. Trump’s effort to immediately reinstate the ban early Sunday. For now, it remains blocked by a judge’s temporary restraining order, and federal officials have told their staffs to comply.

The Saturday protest began with a rally outside Trump Plaza in West Palm Beach. The march headed two miles to Trump’s Mar-a-Lago resort

The president weighed in on a U.S. judge who imposed a nationwide hold on Mr. Trump’s ban on travelers and immigrants from seven countries.

In a series of tweets early Saturday, Mr. Trump said the ruling of the “so-called judge” in the case is “ridiculous and will be overturned.” He added that some Middle Eastern countries “agree with the ban,” though there is no evidence that any nations support the immigration order.

In a phone call with Ukrainian President Petro Poroshenko, President Trump pledged Saturday that the U.S. would work to “restore peace” along the country’s eastern border, where fighting has escalated sharply in recent days between government troops and Russian-backed rebels.

The White House released a statement Saturday afternoon saying Mr. Trump had a “very good call” with Poroshenko earlier in the day.

The two addressed “a variety of topics,” according to the readout of the call, including a discussion on what the White House termed “Ukraine’s long-running conflict with Russia.”