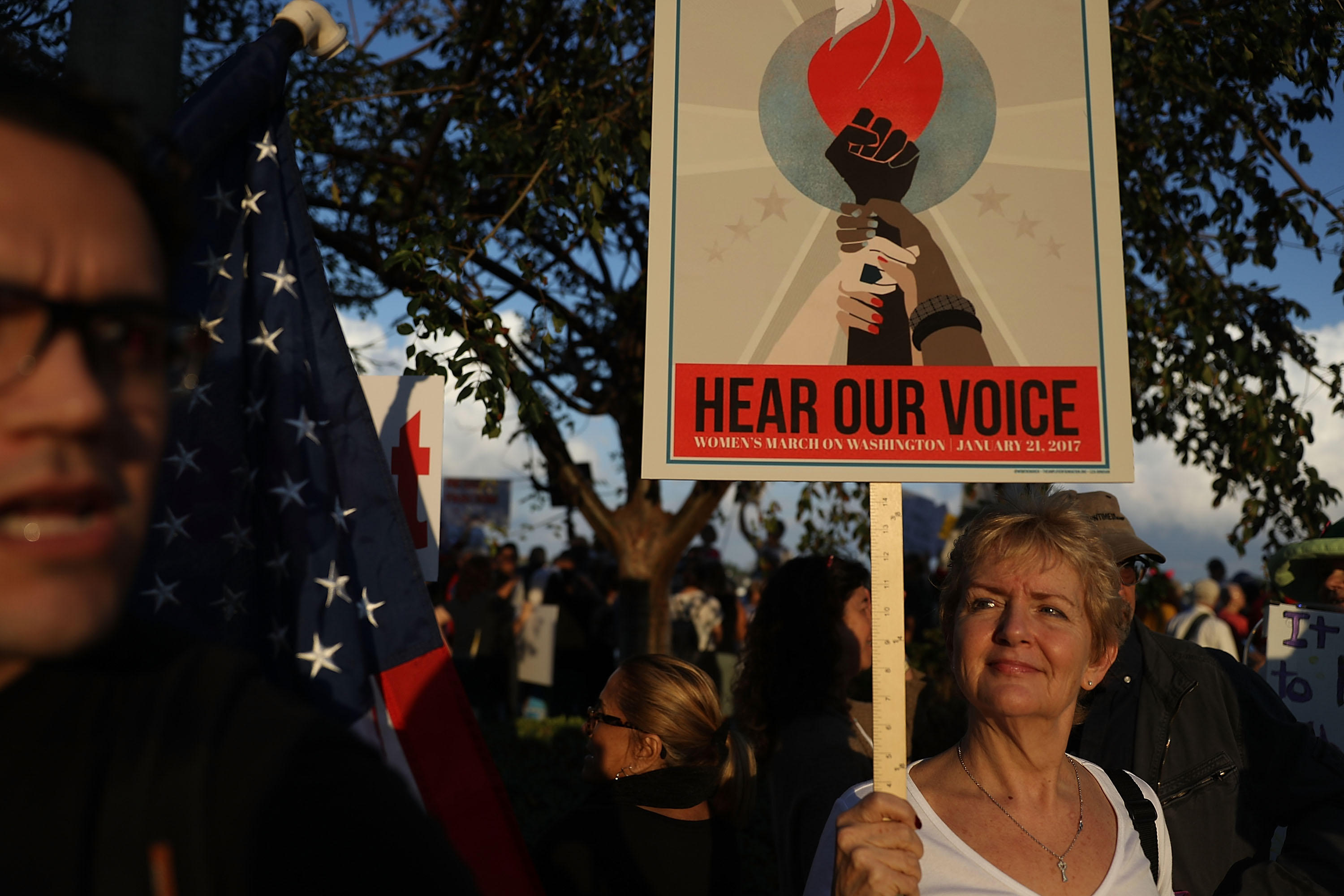 The Saturday protest began with a rally outside Trump Plaza in West Palm Beach. The march headed two miles to Trump’s Mar-a-Lago resort, where the International Red Cross is holding a fundraiser.

Protesters shouted anti-Trump slogans and set up a flag-draped coffin that they said represented the death of democracy.

Shortly before 8 p.m., several hundred people crossed a bridge and were demonstrating in front of Mar-a-Lago. About two dozen law-enforcement officers in riot gear were blocking the end of the bridge but there were no immediate problems.

A federal judge in Seattle on Friday temporarily invalidated Trump’s ban on travel to the U.S. from seven primarily Muslim nations.

There were protests against the travel ban across the country, including Los Angeles, Washington and Philadelphia. Hundreds of people also protested in Miami, holding signs and standing in opposition against Mr. Trump’s executive actions on immigration, CBS Miami reports.

“No hate! No fear! Refugees are welcome here,” the crowd chanted.

The event was put together on social media, calling for a “massive protest in the City of Miami” and asking for at least 1,000 people to show up.

“This week was the final straw,” organizers said on their Facebook page. “Trump signed repressive, inhuman executive orders. We will not stand to have them!!”