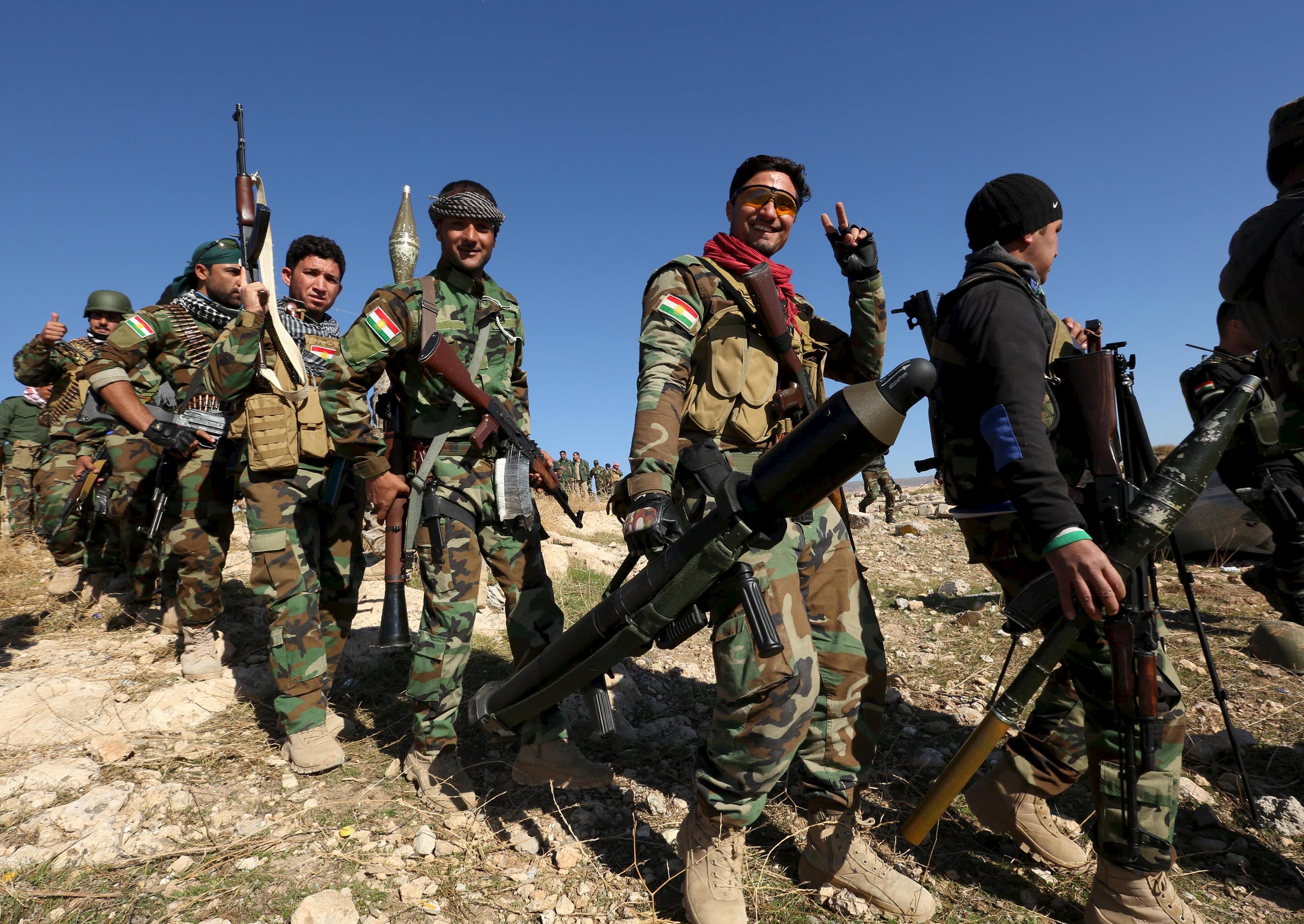 OUTSIDE SINJAR, Iraq -- Kurdish forces quickly reclaimed the strategic northwest Iraq city of Sinjar from ISIS militants Friday after advancing into the city from all angles, the leader of the semi-autonomous Kurdish region in northern Iraq said.

About 7,500 Kurdish Peshmerga fighters launched "Operation Free Sinjar" -- backed by intense U.S.-led coalition airstrikes -- early Thursday morning, and little more than a day into the mission it was declared a success.

"Sinjar is liberated by peshmerga," Kurdish President Masoud Barzani said in a Tweet, adding his congratulations to the people of Kurdistan, and saying his Peshmerga military force had "delivered on our pledge to liberate Sinjar."

"I warmly thank the U.S. and other coalition countries for their air strikes," added Barzani.

The Kurdistan Rregion Security Council said in a statement Friday morning that the Islamic State of Iraq and Syria fighters were "defeated and on the run."

CBS News correspondent Charlie D'Agata, embedded with the Kurds, and his team watched Friday as a first wave of Peshmerga -- about 500 men -- hiked down from their position on a hillside to the east of Sinjar into the city's streets, some draped in Kurdish flags.

That faction, at least, appeared to meet little resistance.

But there was heavy fighting heard to the west of the city, and the airstrikes continued in its immediate surroundings.

U.S. and coalition aircraft carried out more than 250 strikes in the month leading up to the Peshmerga offensive.

D'Agata reported Thursday that the Peshmerga had managed to seize parts of the vital Highway 47 -- a road used by ISIS to ferry supplies from its de-facto capital in Raqqa, Syria, to Mosul, an Iraqi city of more than 1 million people and the terror group's stronghold in Iraq. Sinjar sits near the mid-point on the route.

From their position on the mountainside, D'Agata watched as Kurdish forces searched for targets and passed the coordinates back to U.S. advisers, who would organize airstrikes.

Kurdish soldiers at the forward operating position told CBS News that with aircraft overhead all the time, it could be as little as five minutes from the moment they requested a strike to the time it was delivered.

Peshmerga sniper Mazan Maraq watched the enemy. "They're inside houses," he said. "They move from house to house, they're behind the rubble."

Maraq and his family fled Sinjar when ISIS overran the city 15 months ago.

Tens of thousands were uprooted in the terror that followed as ISIS murdered, raped and enslaved members of the Yazidi religious sect.

Maraq said he hoped ISIS would be defeated so that he and his family can return home.

The fight was going to go house to house. Peshmerga soldiers told CBS News they were expecting snipers, car bombs, and booby traps not only on the roadside, but also inside buildings as they push deeper into Sinjar.

Speaking Friday during a visit to the Tunisian capital, Secretary of State John Kerry said he was, "absolutely confident that over the next days Sinjar will be able to be liberated."