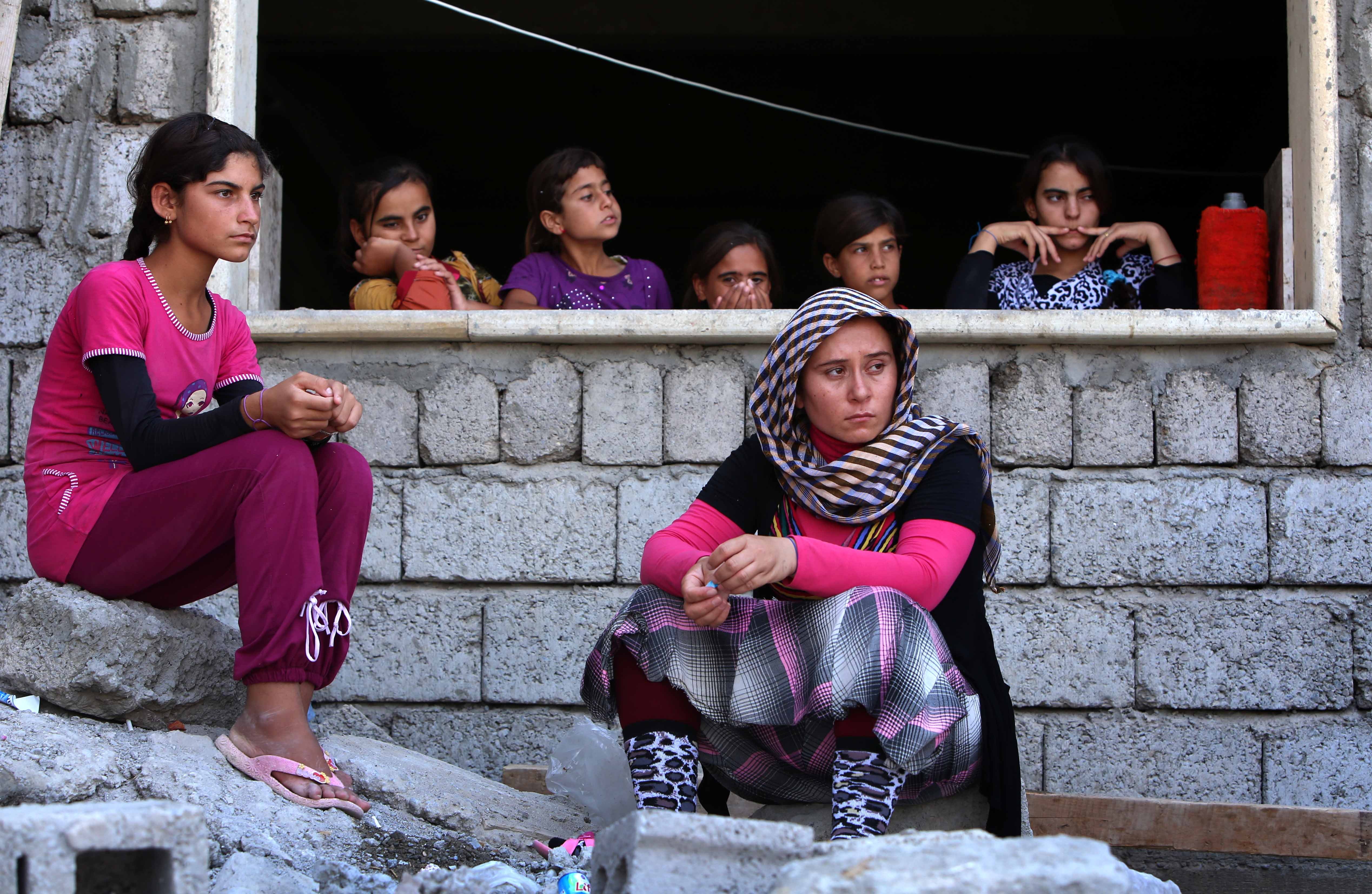 BAGHDAD -- The spokesman for Iraq's human rights ministry says hundreds of women from the Yazidi religious minority have been taken captive by militants from the Islamic State group.

Kamil Amin says the women are below the age of 35 and some are being held in schools in Iraq's second largest city, Mosul. He said the ministry learned of the captives from their families.

Tens of thousands of Yazidis fled when the Islamic State of Iraq and Syria (ISIS, also known as ISIL) earlier this month captured the northern Iraqi town of Sinjar, near the Syrian border. Amin's comments were the first Iraqi government confirmation that some women were being held by the group. The Yazidis practice an ancient religion that the Sunni Muslim radicals consider heretical.

"We think that the terrorists by now consider them slaves and they have vicious plans for them," Amin told The Associated Press. "We think that these women are going to be used in demeaning ways by those terrorists to satisfy their animalistic urges in a way that contradicts all the human and Islamic values."

Iraqis on Friday welcomed the U.S. airlift of emergency aid to thousands of people who fled to the mountains to escape Islamic extremists and called for greater intervention, as U.S. warplanes struck the militants for the first time.

CBS News senior defense correspondent David Martin said the Pentagon would authorize strikes if the ISIS militants didn't retreat from both the Sinjar mountains, where thousands of minority Yazidis have fled to avoid their advance, and from the area around Erbil, the capital of Iraq's Kurdish region.

Tens of thousands of Yazidis have been trapped in the mountains since the Islamic State overran Sinjar. The militants issued an ultimatum to the Yazidis, telling them they must convert to Islam, pay a religious tax, flee or face death.

Faced with the threats, about 50,000 Yazidis - half of them children, according to U.N. figures - fled to the nearby mountains, where they were running out of food and water.

The Yazidis are a small, misunderstood and long-persecuted religious sect rooted in the town of Sinjar, in northern Iraq, and also in parts of Syria and Turkey.

No one knows the exact size of the Yazidi population. Estimates range from tens of thousands to 500,000 or more. Over centuries, they have been the target of violence and purges, including during the Ottoman empire, and have survived as a close-knit community that does not proselytize.

Much confusion surrounds their beliefs, but scholars say Yazidi teachings are a mix of several traditions, borrowing from Christianity and Islam, and including some practices resembling ancient traditions in Persia.

The Yazidi believe that a supreme being created the world but does not rule it. Instead, his will is carried out by seven angels, chief among them the Peacock Angel, known as Malak Taus. Yazidis believe continual rebirth leads to purification, and therefore the sect does not believe in hell. The tomb of Sheikh Adi, in the town of Lalesh north of Mosul, Iraq, is a Yazidi shrine and pilgrimage site.

Yazidis pray to Malak Taus, who is also known by the sect as "shaytan," which is the Arabic word for the devil as defined in Islam and Christianity. This is the source of the belief among many Iraqi Muslims that Yazidis worship the devil, and it is among the reasons Yazidis are being targeted by the militant Islamic State group.