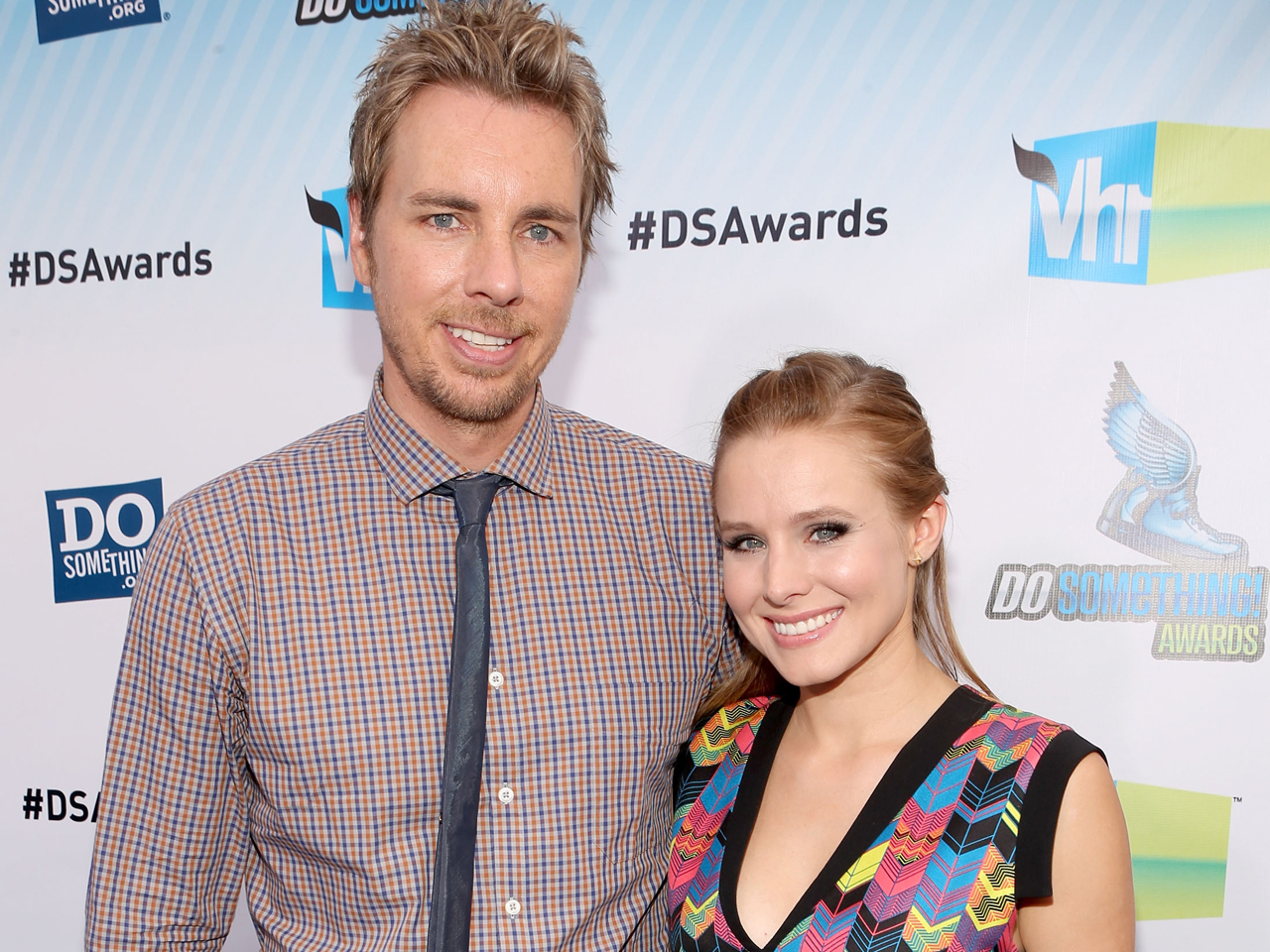 TMZ was the first to report the news, revealing that the longtime couple wed in a low-key ceremony on Thursday at the Beverly Hills County Clerk Office in Los Angeles. A source said that Bell, 33, and Shepard, 38, arrived just to get a marriage license, but ended up deciding to make it official in a nearby courtroom.

The couple started dating in 2007, got engaged two years later and welcomed daughter, Lincoln, in March. The stars have said they were holding off on getting married until same-sex marriage was legal in their home state of California. Then Bell proposed to Shepard on Twitter in June when the Supreme Court struck down the Defense of Marriage Act and ruled that same-sex marriages should be allowed in California. She tweeted: "@daxshepard will you marry me? Xo #marriageequality #loveislove."

Apparently, a no-frills ceremony was what Bell had in mind for a while. She once told People, "I don't fault anyone who wants a big day -- especially girls. [But] we get more than enough attention in our everyday lives. I also wear more than enough party dresses."

Why Kevin Hart wants to be a billionaire: "It's not about the money"
Lauren Moraski