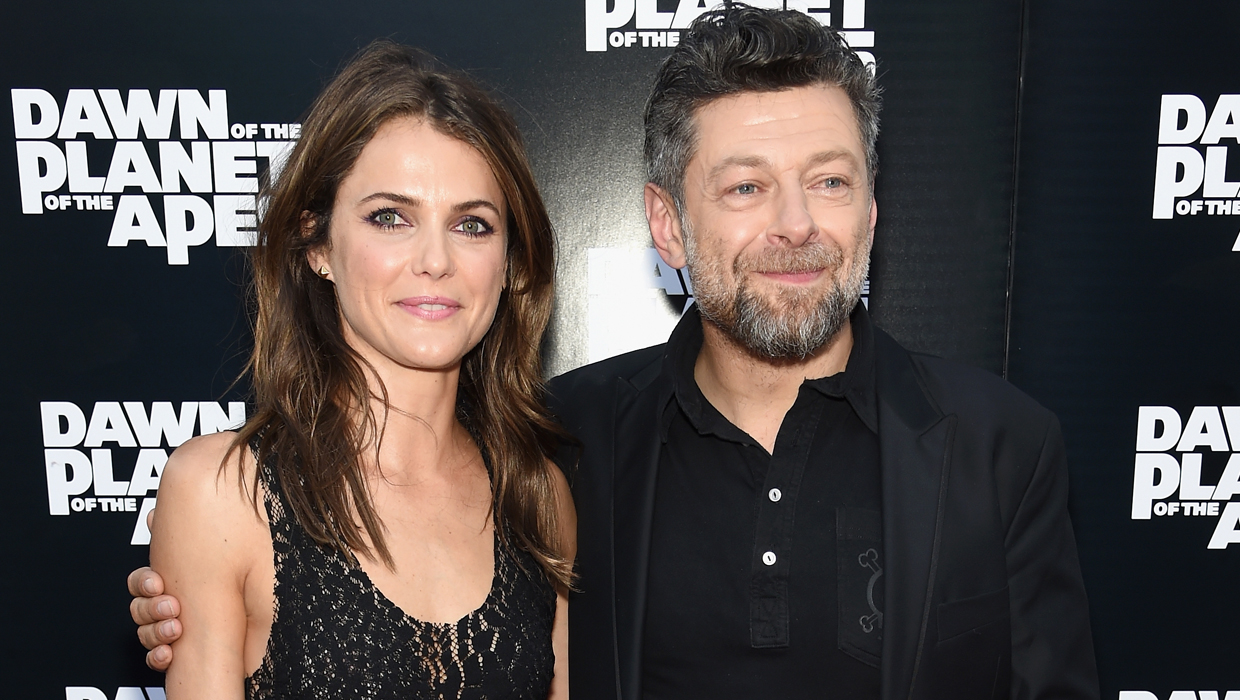 War is about to begin in "Dawn of the Planet of the Apes."

The sequel to the 2011 critically-acclaimed blockbuster "Rise of the Planet of the Apes" picks up over a decade since humans were nearly wiped out by a mysterious virus.

The "Lord of the Rings" and "Hobbit" star Andy Serkis reprises the role of Caesar, the leader of a group of intelligent apes living in Muir Woods outside San Francisco. Caesar wants nothing to do with the humans, but it seems an all-out war is unavoidable with vengeful hominid leaders like Gary Oldman's character Dreyfus in command. Jason Clarke and Keri Russell also star as more peaceful humans looking for a way to coexist with the apes.

"Dawn" was directed by "Cloverfield" filmmaker Matt Reeves, who had previously directed several episodes of the TV series "Felicity," which starred Russell.

Serkis and Russell drew a large crowd of fans and onlookers when they attended a special red carpet screening of the film Tuesday night at Wiliamsburg Cinemas in Brooklyn, N.Y. Before the screening, the actors told CBS News there wasn't much monkey business on set.

"The Americans" star added that she hopes that viewers will get more from the character interactions than the big-budget action set pieces.

"I think as big and epic and cool and CG and all those things that they do are great, what Matt Reeves lends to it...he really makes things specific and intimate and emotional and I think that's what's really special about this movie," said Russell.

Serkis, who is slated to appear in the upcoming "Star Wars" film, agreed that relevant messages could be found in between the battle sequences.

"It's very much a movie for our times I think," Serkis said. "It's all about empathy and prejudice and trying to find solutions rather than embarking on a sort of knee-jerk sort of escalation of violence."

Watch the video at the top of this story to see Serkis and Russell on the red carpet.

"Dawn of the Planet of the Apes" opens in theaters on Friday.