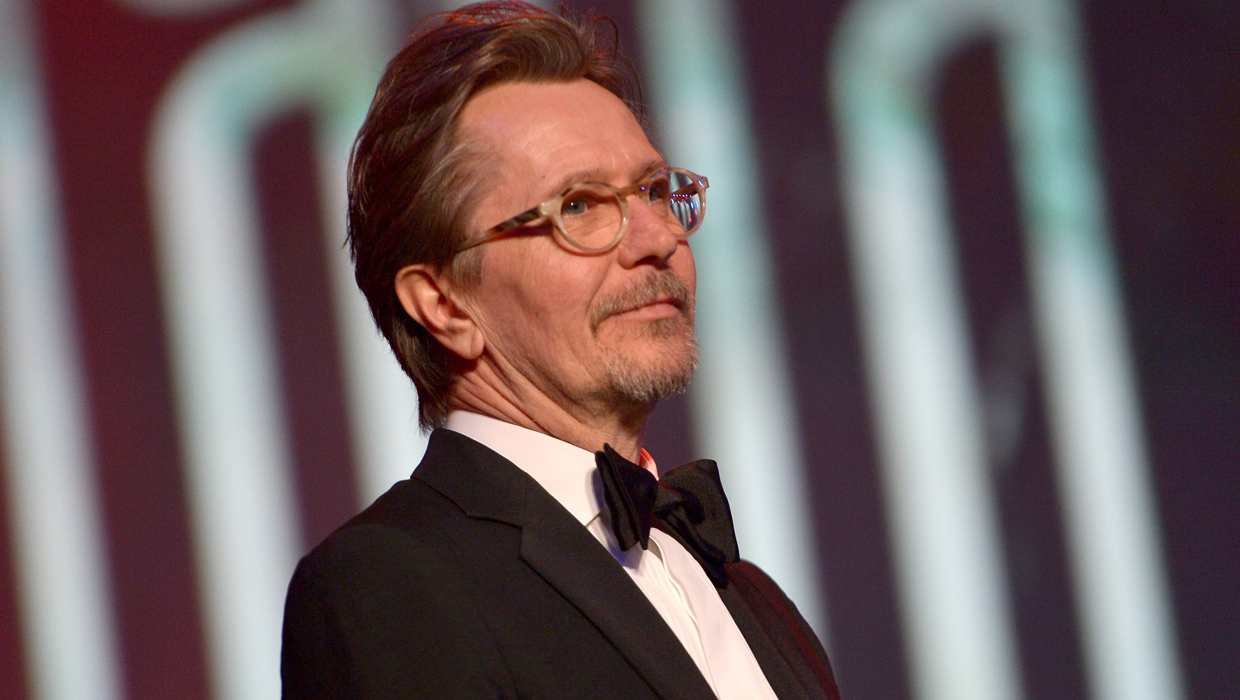 Gary Oldman is apologizing again after igniting a firestorm this week with a controversial interview.

Appearing on "Jimmy Kimmel Live" on Wednesday night, the actor expressed remorse for comments he made to Playboy defending Alec Baldwin and Mel Gibson from critics of their controversial remarks about Jews and gays and calling political correctness "crap."

"It was an article I did with Playboy, and I said some things that were poorly considered. Once I saw it in print, I saw that it was insensitive, pernicious and ill-informed," a contrite Oldman told Jimmy Kimmel.

"I am a public figure, I should be an example and inspiration, and I am an a--hole. I am 56. I should know better," he added. "I extend my apology and my love and best wishes to my fan base."

In the Playboy interview, Oldman decried the "political correctness" that ensnared Gibson and Baldwin.

Oldman said that Gibson, who delivered an anti-Semitic rant in 2006 while being arrested for drunk driving, "got drunk and said a few things, but we've all said those things. We're all (expletive) hypocrites." He said he didn't blame Baldwin for using an anti-gay slur because somebody bothered him.

"Mel Gibson is in a town that's run by Jews and he said the wrong thing because he's actually bitten the hand that I guess has fed him, and doesn't need to feed him anymore because he's got enough dough," Oldman said in the interview.

On Tuesday, Oldman issued a written apology in an open letter to the Anti-Defamation League. "I am deeply remorseful that comments I recently made in the Playboy interview were offensive to many Jewish people," he said. "Upon reading my comments in print I see how insensitive they may be, and how they may indeed contribute to the furtherance of a false stereotype. Anything that contributes to this stereotype is unacceptable, including my own words on the matter."

Before Oldman's on-camera apology, ADL director Abraham Foxman told the U.K.'s Guardian newspaper, "At this point, we are not satisfied with what we received. His apology is insufficient and not satisfactory."

The "Dawn of the Planet of the Apes" star also told Kimmel Wednesday, "I appreciate you having me here and extending your hospitality and to put me in this seat once again. And it gives me the opportunity to say to those people that I, from my heart, I am profoundly, profoundly sorry -- especially to the fans as they have been so incredible to me and loyal. I call them Team Oldman. I feel like I let them down."

"Sometimes we are asked to be social or cultural or political commentators, and I am not," Oldman added. "I landed both feet in a hornets' nest. It came over in a certain way, and for that I am deeply sorry."