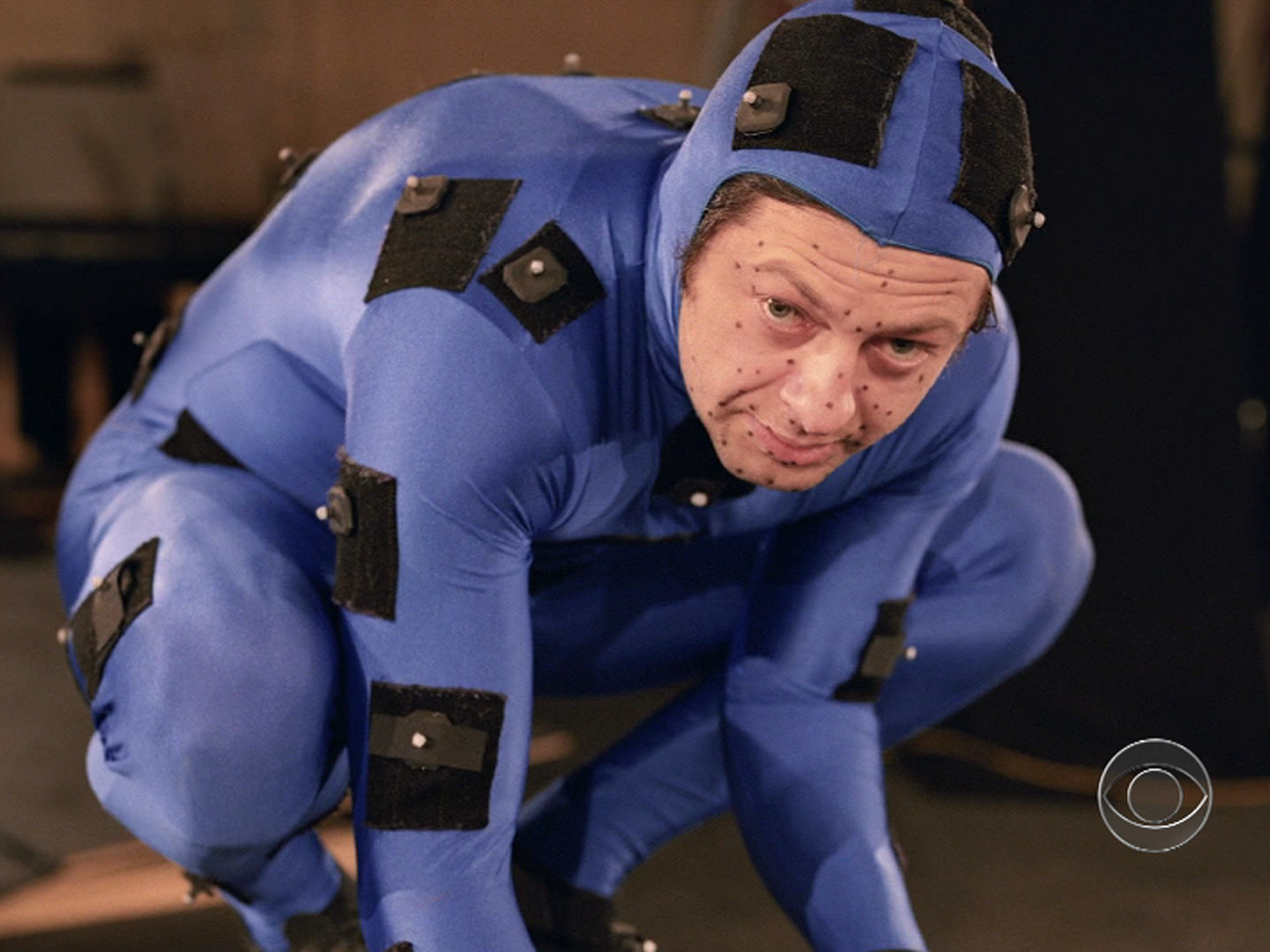 (CBS News) How does a flesh-and-blood human actor become a strange little creature on the silver screen? As Anthony Mason shows us now, it's magic!

The face may not be familiar, but actor Andy Serkis has starred in some of this century's biggest blockbusters. For the "Lord of the Rings" trilogy, Serkis starred as Gollum, the schizophrenic creature who covets his "precious" ring.

"When you sit in a theatre and you look up and you see Gollum, do you think, 'That's me?'" asked Mason.

Reprising his role in the new prequel, "The Hobbit," Serkis again uses the guttural voice he discovered in his kitchen:

"I actually watched one of my cats, Diz, cough up a fur ball on our kitchen floor, and that was a really significant moment," Serkis said. "Because, you know, when a cat coughs up fur balls he goes hack hack hack from the top of the head to the tip of the tail, this kind of movement happens, which I began to use. And that was how the sound began to emanate."

Serkis was hired originally just to provide the voice for an animated Gollum, but his physical performance on set was so convincing that director Peter Jackson went off script.

"We started to look at Andy, thinking, is there a way that we can get what he's giving us actually in the film?" said Jackson.

So Jackson and his team pioneered a new technology called motion capture, to build the animation from Serkis' performance:

"As an actor, Andy is very brave," Jackson said. "He's very courageous and he's not afraid of performance capture."

"I remember the first day of putting on a motion capture suit, and seeing a very rudimentary, grey-shaded version of Gollum," Serkis recalled. "You know, when I was lifting up my right hand Gollum was lifting up his right hand. And it was just like a magic mirror. I was sort of looking at it and thinking, 'Wow.'

"And literally after a few days of doing that, I remember going into the restroom and looking in the mirror and Gollum was there! It really was very bizarre."

Serkis grew up in Ealing, in West London, brought up by his mother, a teacher, while his father worked in Baghdad. "My Dad was a Doctor. He built a hospital out in Iraq, which is now in what was the Green Zone."

But "Lord of the Rings" changed everything. Though Serkis may have expected to return to "regular" acting, Jackson came at him with his remake of "King Kong."

"I mean, Andy's too good to just let back into the boring old world of live action," Jackson said.

Serkis played Kong in Jackson's film; then Ceasar, the intelligent chimp who leads a revolution in "Rise of the Planet of the Apes"; and Captain Haddock in Steven Spielberg's film, "The Adventures of Tintin."

Serkis became so enamored with "performance capture" technology that he has opened his own studio, Imaginarium on the grounds of Ealing Studios.

Eighty cameras positioned all around the Imaginarium stage send out infrared pulses that read the markers on the actor's suit, which become "virtual bones" of the character's skeleton.

The actor performs within a computer-animated world.

Attached to a steering wheel device Serkis holds - a "virtual camera" with which he moves around the set - is a monitor that can tap into any angle from the 80 cameras, allowing Serkis to conceive of entire scenes as he shoots them.

The studio's first major production will be a film of George Orwell's "Animal Farm," which the 48-year-old Serkis will direct. He just directed the second unit for "The Hobbit," as well as starring in the film:

"The irony of being sort of the face of performance capture acting is that your face isn't actually that well known," said Mason.

"Absolutely, which is fine by me," Serkis said.

"You're okay with that?"

It's the performance that Andy Sserkis would like to see get more respect:

"It used to annoy me that people would say, 'Oh well, you know, the voice of Gollum by Andy Serkis.' And it was like, 'Well, that's not true.' When an actor's playing a role using performance capture, they are authoring the role."

"Do you think there's going to be an Oscar category for you someday?" Mason asked.