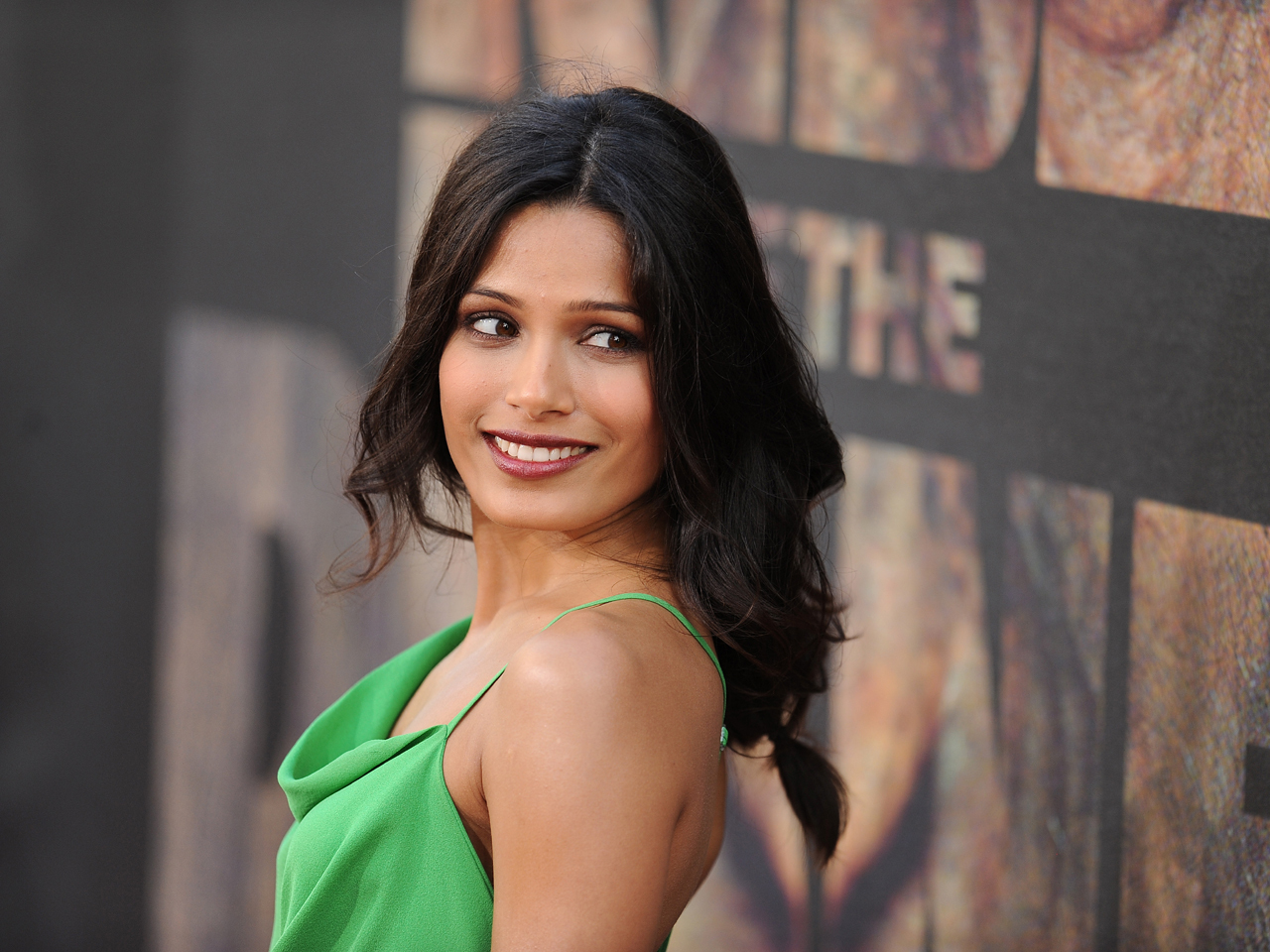 (CBS) Freida Pinto, James Franco and the cast of "Rise of the Planet of the Apes" stepped out at the premiere on Thursday in Hollywood and talked up their co-stars: The apes.

Pictures: "Rise of the Planet of the Apes" premiere

Pinto tells MTV News, "I think this is one of few films that really give [the apes] a voice as well," she said. "'Rise of the Planet of the Apes' gives them a voice in a very revolutionary way."

Franco tells MTV News he thinks Andy Serkis, who stars as the lead chimp in the movies, should get top billing, along with WETA, the digital effects company co-founded by filmmaker Peter Jackson.

"Rise of the Planet of the Apes" opens nationwide on Friday, Aug. 5.