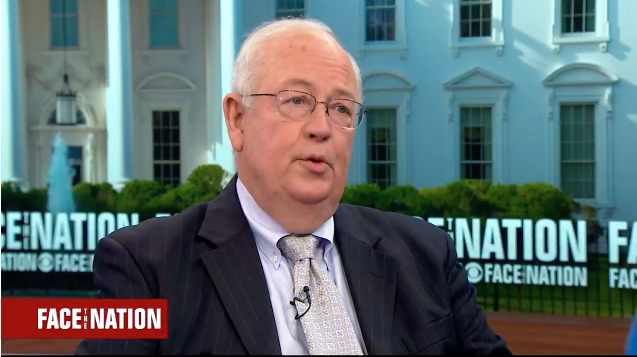 "Any time a president is under attack, the president or at least the president's partisans and supporters will likely go on the attack," Starr told CBS' "Face the Nation" Sunday. "There was accountability. Whatever people think of the investigation during the Monica Lewinsky phase, the president had to eventually concede that he had not conducted himself as he should -- in a very serious manner -- when he was under oath."

Clinton told NBC News last week that he did not feel he owed the former White House intern an apology. Starr recently ran into Lewinsky, who said she felt she deserved an apology. Starr disagreed, saying Lewinsky played a role in concealing the affair.

"With all due respect, Monica -- and I wish her all the best, her life has been disrupted -- but the evidence is the evidence, and she was part, as we saw it, part of an effort to obstruct justice and to commit perjury," he explained.

Starr called Mueller's investigation a "serious case" but warned Mr. Trump against sitting down with the special counsel's team for an interview as part of their probe. He said that "caution is the rule of thumb here."

"You never want your client, unless you have an extraordinarily high level of confidence, to be exposed in this way," said Starr.

But Starr said the president might have a "moral obligation" to answer Mueller's questions directly.

"He is president of the United States. and unless he takes very decisive action, such as directing the firing of the special counsel, there's been no suggestion to my knowledge that that's in the offing at all," said Starr

He said that Mr. Turmp "clearly has authority to direct the firing if not a direct firing himself."

Starr maintained that in his opinion, firing Mueller would not be grounds for obstruction of justice, but would create a "political firefight of the highest order."