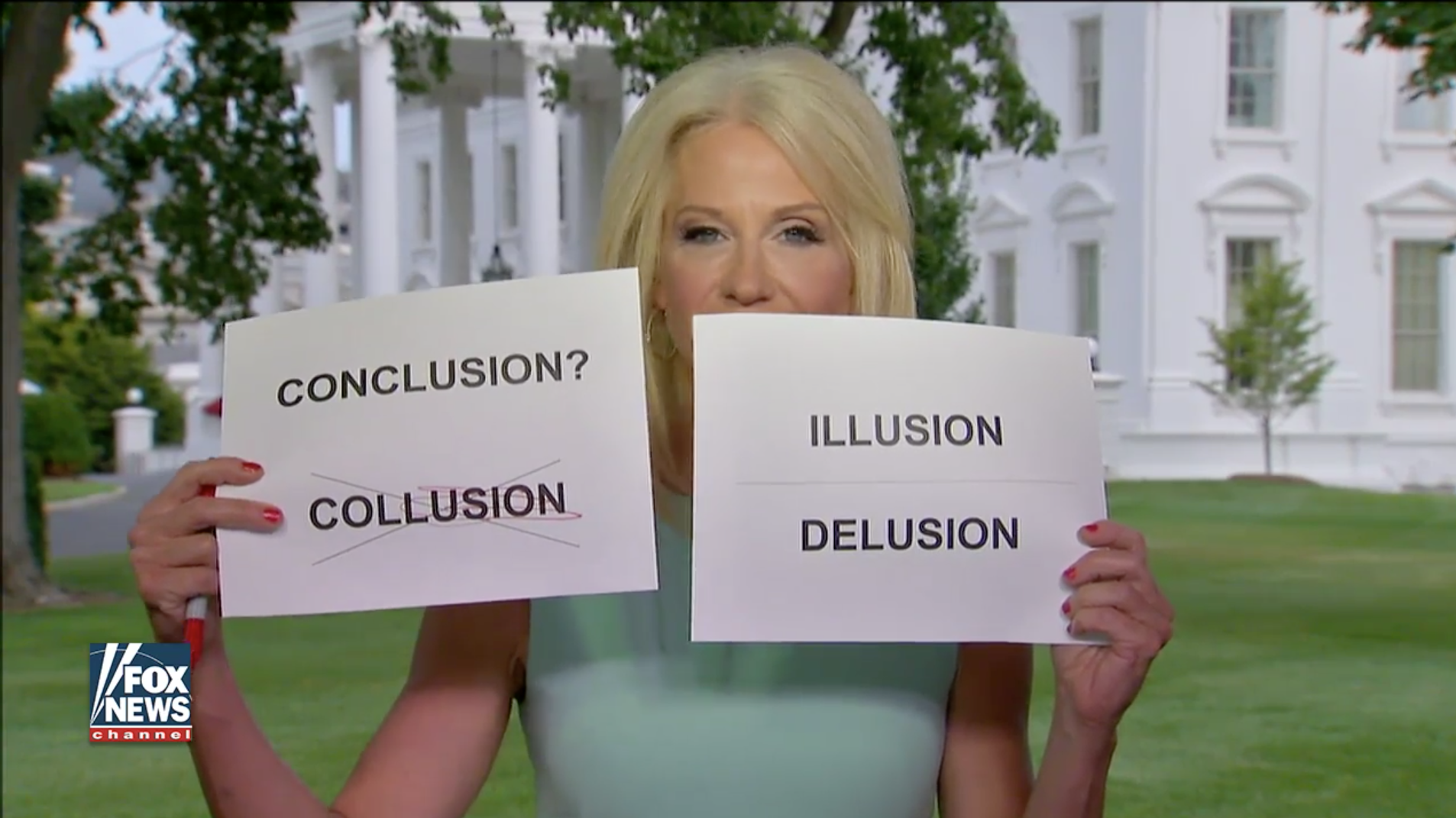 The growing scandal of Russian election meddling and any ties to the Trump campaign is complex, so Kellyanne Conway, counselor to the president, simplified the White House's talking points with flash cards in a Wednesday night hit with Fox News' Sean Hannity.

"I just want to review in case you run out of time," Conway said. "This is how I see it so far. This is to help all the people at home. What's the conclusion? Collusion? No, we don't have that yet. I see illusion and delusion. So just so we're clear everyone, conclusion? Collusion? No. Illusion, delusion, yes. I just thought we'd have some fun with words."

"I'm gonna buy you a white board," Hannity joked.

Conway's defense comes shortly after Mr. Trump's son, Donald Trump Jr., released an email chain with a Russian-connected publicist in which Trump Jr. appears to welcome efforts from the Russian government to support his father's campaign with information damaging to Hillary Clinton.

The White House has defended the eldest Trump son amid the controversy, but not even a trip to Paris could not shield the president from the story. Mr. Trump was asked to explain his son's actions in a joint press conference Thursday with French President Emmanuel Macron.

"From a practical standpoint most people would have taken that meeting, it's called opposition research," the president added.

On Twitter, the president has taken an even, if not upbeat, upbeat tone on the developments involving his son, but he is privately raging, according to reports. An adviser to the White House told CBS the Trump Jr. situation is like a "Category Five hurricane."