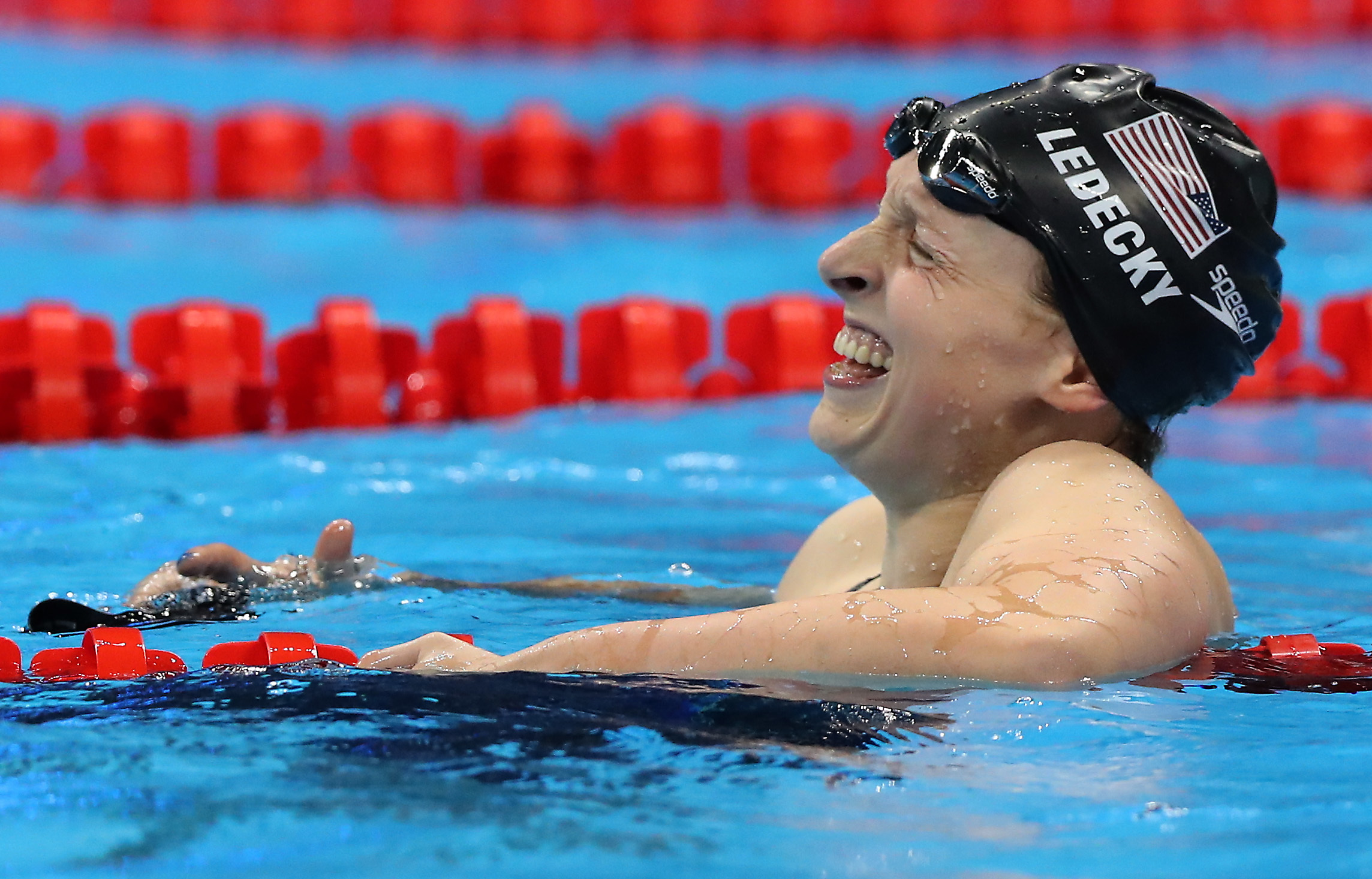 RIO DE JANEIRO --Katie Ledecky has delivered another dominating performance at the Rio Games, handily breaking the world record in the 800 freestyle.

Ledecky joined Debbie Meyer as the only women to sweep the three longer freestyle events at the same Olympics. Meyer took the 200, 400 and 800 at the 1968 Mexico Games, and Ledecky matched that performance with a couple of world records as well.

Ledecky was merely racing the clock as she powered away from the field to touch in 8 minutes, 4.79 seconds, eclipsing the mark of 8:06.68 that she set at a grand prix meet in Texas back in January.

Then, Ledecky played the waiting game, hanging on the rope for a while to let the rest of the field finish.

Jazz Karlin finally touched in 8:16.17 to claim the silver, just ahead of Hungary's Boglarka Kapas grabbing the bronze in 8:16.37.

Some 23 seconds after Ledecky touched the wall, the last of the eight finalists chugged to the end of the grueling race.

"I hit all my goals right on the nose this week," she said.

At 19 years old, she is the youngest member of the U.S. swim team, and is being called the female superstar of the sport.

Like Michael Phelps, Ledecky made her Olympic debut at just 15 years old. But unlike Phelps, Ledecky got a medal her first time around. In 2012, she won a gold medal in the 800-meter freestyle.