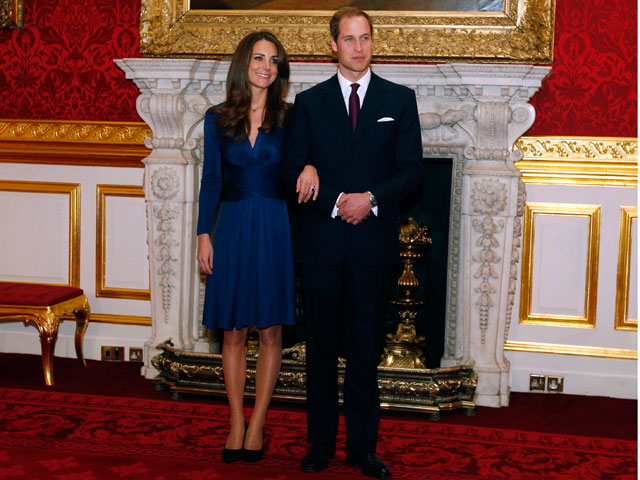 The understated blue Issa London dress Middleton wore when she and Prince William announced their engagement Tuesday has become an overnight sensation, selling out in 24 hours from British retailer Harvey Nichols.

"Since the announcement of the royal engagement we have been inundated with requests regarding Issa," Harvey Nichols' buying director Averyl Oates told British Vogue.

The $600+ dress, which featured a gathered waist and a pleated front skirt, was "sold out almost immediately," Oates said.

This isn't the first time the bride-to-be has set off a fashion stir. At her 25th birthday in 2007, Middleton was photographed wearing an affordable dress from Topshop that was also sold out within 24 hours.

However it will be the dress she wears on her wedding day,  which is expected to be sometime next spring or summer, that will receive the most attention.

Prince William and Kate Middleton are Engaged
Who Is the New Princess-to-Be?
Two Royal Weddings in One Season
Which Royal Title for Kate? Timing of Wedding Is Crucial
Kate Middleton Has Princess Diana's Ring
A Look Back at Charles and Diana's Wedding
Engaged William and Kate Make Public Debut
Prince Harry Was First to Congratulate His Brother
Royal Engagement Announced on Twitter
Kate Middleton: Princess Diana is Inspirational
Engagement Sets off Media Frenzy