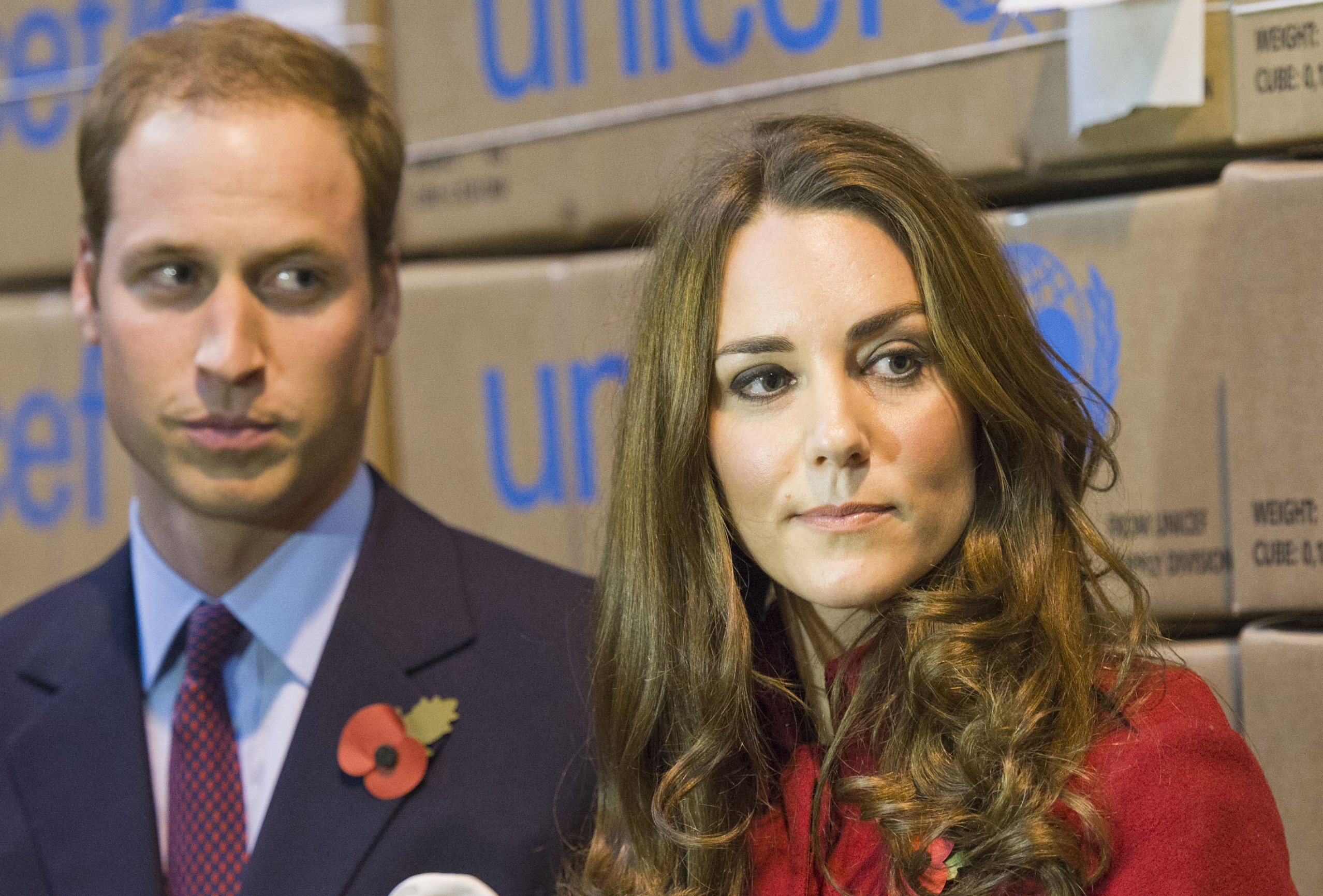 The Duke and Duchess of Cambridge, Prince William and and his wife, Catherine, are traveling again. After marrying in April, Prince William and made their first overseas trip together to Canada and California in July. But they're on serious business now, drawing attention to hunger in East Africa.

Looking a little nervous before the cameras in Denmark Wednesday, the royal couple helped pack emergency supplies at a Copenhagen warehouse for the region. it was their first trip together outside of Britain to promote a humanitarian cause. Catherine, the Duchess of Cambridge, less formally known by her commoner name, Kate Middleton, said she hopes the couple's visit will re-ignite public awareness of the problem.

"Well, I think it was initially a very big story -- a lot of people did hear about it," she said. "But I think, because it has been going on, people have perhaps lost track of the terrible situation. So I think this hopefully will put the light back on this crisis."

Africa has been of special interest to William, Arbiter pointed out. He's traveled there many times and proposed to Kate there while they were vacationing in Kenya in 2010.

"Kate is well aware of the fact that, if she made one gaffe yesterday, that's all anybody was going to be talking about, as opposed to the cause she was there to promote," Arbiter said. "William is articulate and well-versed and he's been training for this his whole life. Kate is a regular person. Her first time out of the gate -- a job well done."

The media, in light of the tragic death of Prince William's mother, Princess Diana, is dealing with the prince's new wife with kid gloves, Arbiter said.

"(With) Diana, it was like, 'Yeah, you're the Princess of Wales, and, go!' She was having to make speeches early on. Kate had none of this. They were married in April, they're just now celebrating their six-month wedding anniversary, so the fact she is only now just giving an interview, done in a controlled environment, it shows she has a lot of support."

Arbiter said the press, as well as the royal family, seem to have learned their lesson. "If they give Kate the support now, there's going to be longevity with their role in the royal family," she said. "They want to see the marriage work and survive, and the only way to see it happen is if she has support behind-the-scenes and from the press."

The couple appeared with a younger and less stuffy generation of royals at the UNICEF event., meeting with Denmark's Crown Prince Frederick and Princess Mary to bring attention to famine in the African region.

Prince William said at the event, "As tragic and as disastrous as what's going on around the rest of the world financially, I think what's going on in East Africa really puts things into perspective of how terrible a crisis can actually get."

The two royal couples joined workers in filling boxes with medicine and emergency supplies headed for East Africa, where 13 million people are at risk of starvation.

William said, "You know, the rains have come now  ... (but) that doesn't necessarily mean that things are going to get better at all. In fact, disease becomes a huge issue. And so it's very much a case of anyone who can do anything to help, please do."