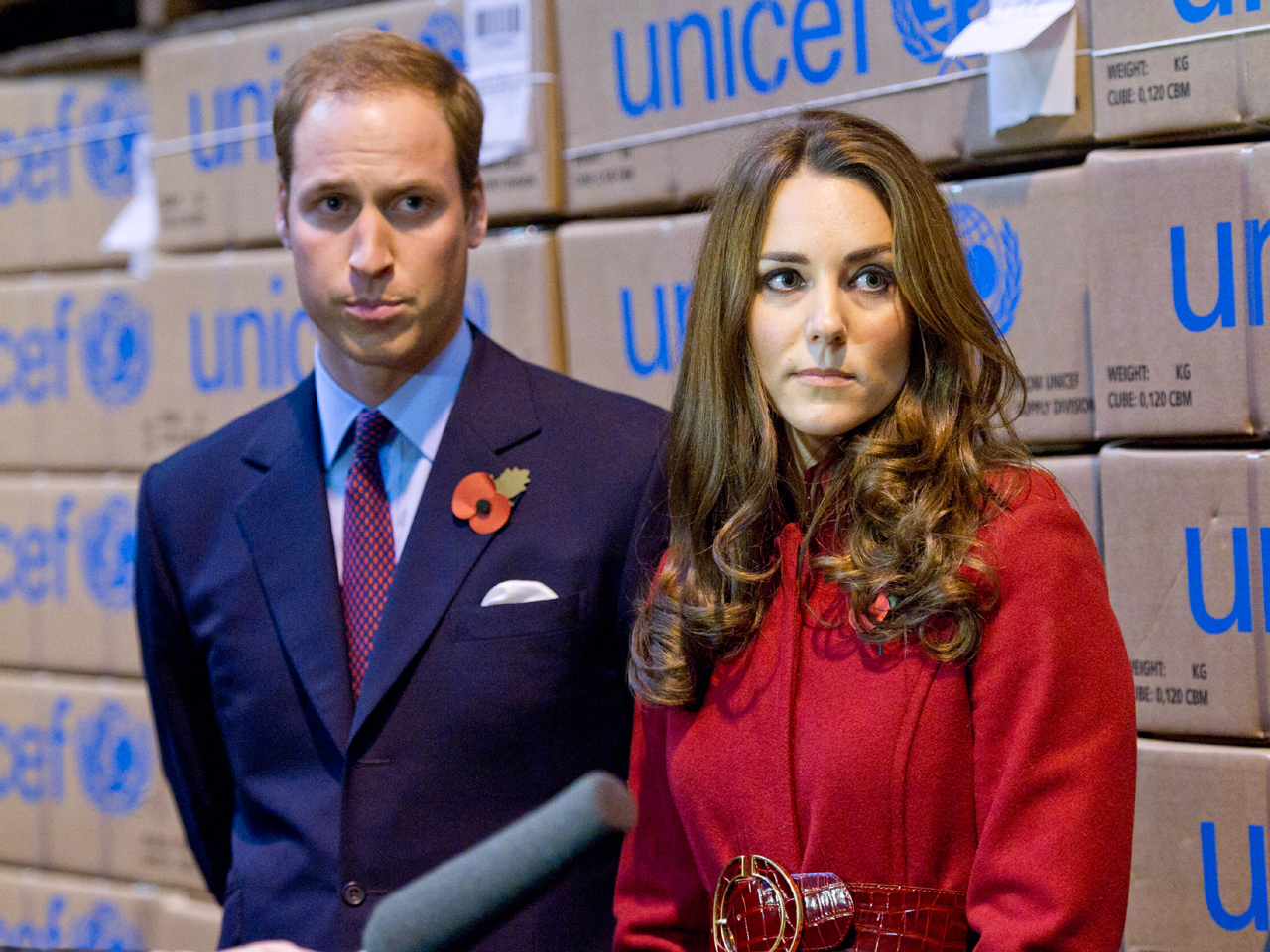 (CBS/AP) Prince William and Kate lent a hand on Wednesday to the estimated 13 million people suffering from a food shortage in East Africa.

The Duke and Duchess of Cambridge, both 29, visited a UNICEF warehouse in Copenhagen, Denmark, where they helped pack dozens of U.N. emergency supplies, which will be sent to poverty-stricken areas in East Africa.

They were assisted by Denmark's Crown Prince Frederik and Australian-born Crown Princess Mary, who married in 2004.

The United Nations says hundreds of thousands of Somalis, many fleeing fighting and drought in their home country, are especially at risk of starvation. Middleton called the crisis "shocking."

William appealed for help and said the crisis had been going on for "at least 100 days now, and it's not getting any better."

"The rains have come now and ... that doesn't necessarily mean things are going to get better at all. In fact, disease becomes a huge issue," he said. "And so it's very much a case of anyone who can do anything to help, please do."

The royals were each assigned a packer inside the U.N. warehouse where they stacked medicine and basic emergency medical supplies in cardboard boxes on conveyor belts. Later in the day, the cargo was to be flown to the Kenyan capital, Nairobi.

Before helping in the packing, William and his wife were treated to lunch at the Amalienborg Palace, home of the Danish royals. They were also briefed on nutrition and watched a video on the East Africa situation.

"It's really just how shocking the situation still is," said Kate. "A huge amount still has to happen with hundreds of children still malnourished at the moment."

The UNICEF supply division in the Danish capital coordinates the distribution of emergency food and medical supplies worldwide, including nutritional treatments for some 320,000 severely malnourished children in East Africa.

The visit to Denmark is the British royal couple's first overseas trip since a lengthy sojourn to Canada and the United States during the summer.

Africa has been of special interest to William, who has traveled there many times. He proposed to Middleton while on vacation in Kenya in 2010.