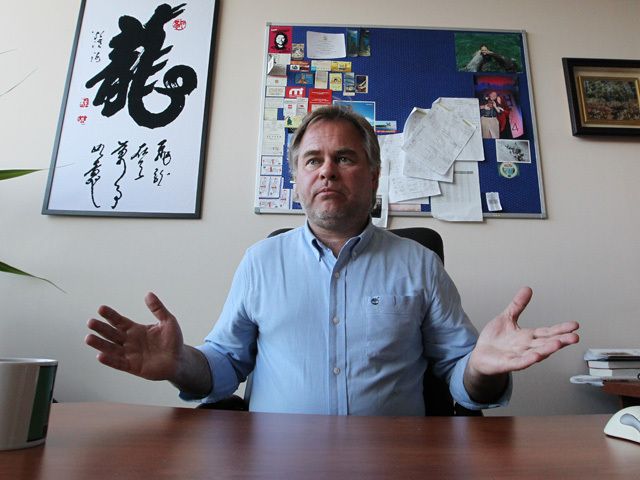 Kaspersky Lab, a Russian-based cybersecurity company with vast global reach and more than 400 million customers, is battling back against claims that it's systematically obscured its close business ties to Russian intelligence.

In a story published Tuesday, Bloomberg News said it obtained internal company emails from 2009 between Kaspersky Lab CEO Eugene Kaspersky and senior staff that suggest the company has had a closer working relationship with Russia's chief intelligence agency than it's publicly disclosed. According to Bloomberg's reading of the emails, Kaspersky has developed custom technology at the request of Russia's main intelligence agency, the FSB, actively helped the FSB pursue hackers, and consistently understated its ties to Russian spies in order to protect its business in the U.S. and Western Europe.

The report paints a picture of a growing company that's trying to have it both ways: marketing itself as a politically neutral, global software security company while also maintaining close ties to Russian intelligence.

Kaspersky Lab strongly defended its record on Tuesday, as it has in done the past:

"In the internal communications referenced within the recent article, the facts are once again either being misinterpreted or manipulated to fit the agenda of certain individuals desperately wanting there to be inappropriate ties between the company, its CEO and the Russian government, but no matter what communication they claim to have, the facts clearly remain there is no evidence because no such inappropriate ties exist," the company said in a statement.

Kaspersky Lab insisted that it's never worked with the Russian government on any secret projects and that the FSB has never been a client of Kaspersky Lab's "DDoS" (distributed denial-of-service attacks) "Protection" services.

The company said it helps law enforcement agencies worldwide to fight malware and cyberattacks, a roster which happens to include agencies in Russia. Responding to specific claims that employees have accompanied Russian agents on raids against hackers, the company disclosed it "might ride along" to examine digital evidence while assisting in official Russian cybercrime investigations.

Worldwide, many of Kaspersky Lab's millions of users aren't even aware that they have Kaspersky technology on their computers. The backend security company licenses its antivirus and other security software with approximately 120 technology providers, which then embed Kaspersky software to protect their systems and data. It is highly rated by tech reviewers and sold at popular chains like Best Buy for as little as $50.

But with Russia's involvement in cyberattacks increasingly in the political spotlight, Kaspersky Lab has been under the microscope for months. At a hearing in May, Sen. Marco Rubio (R, Fla.) directly asked six U.S. security officials whether they'd authorize Kaspersky software on their networks; all six unequivocally said no. Last month, a proposal to ban the U.S. military from using Kaspersky's products was brought before Congress out of concern they "might be vulnerable to Russian government influence," according to Reuters.