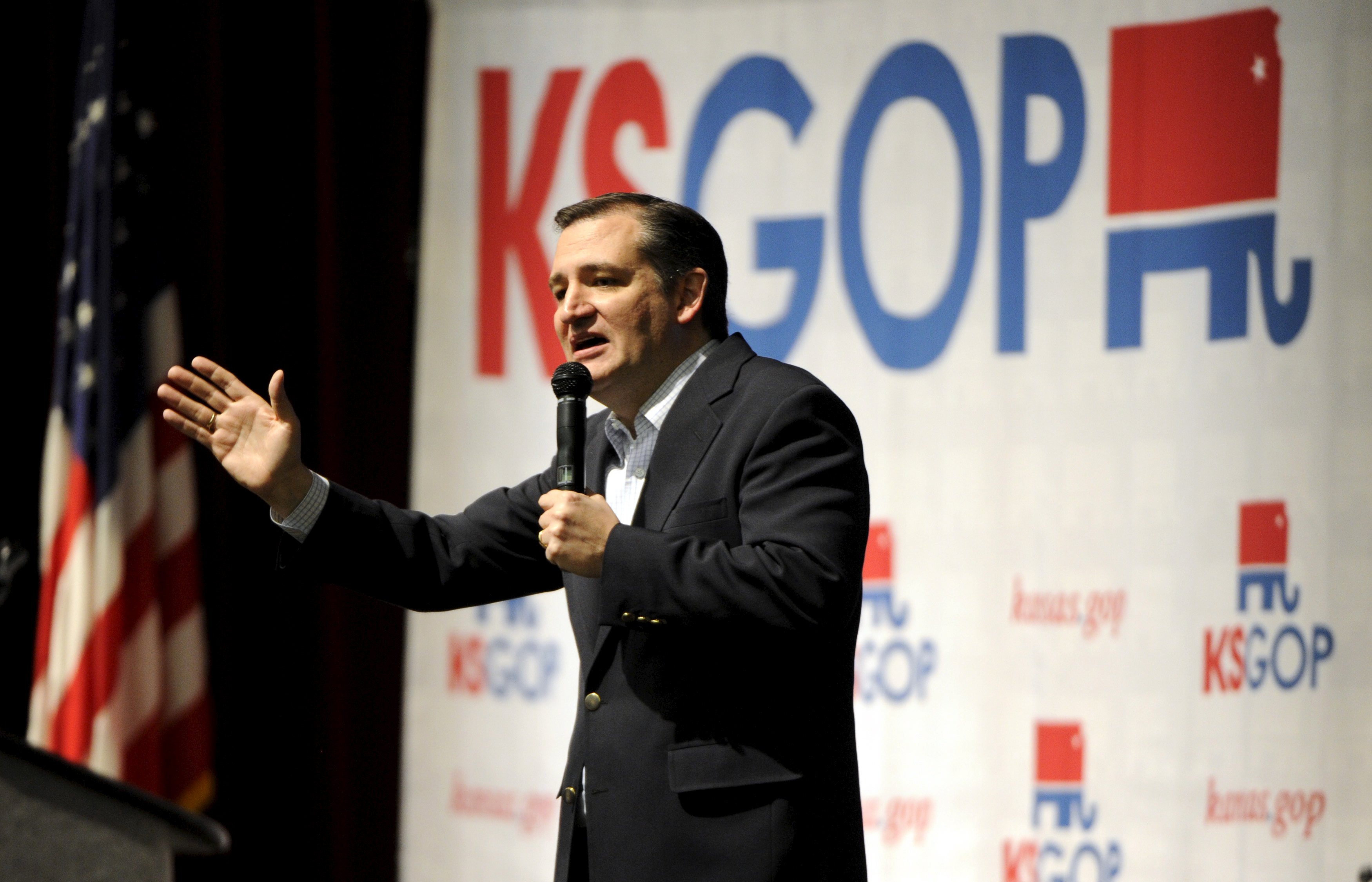 7:38 p.m. ET Ted Cruz wins by a landslide in the Kansas Republican caucuses, with 100 percent of results in.

6:30 p.m. ET After his projected win in the Kansas Republican caucus, Texas Sen. Ted Cruz is calling for his rivals to drop out because "if we're divided, Donald wins."

Cruz addressed reporters Saturday night in Idaho and positioned himself as the only one who could beat current GOP front-runner Donald Trump.

"We'll continue to amass delegates but what needs to happen is the field needs to continue to narrow," he said.

During a speech at his watch party, Cruz courted voters who have supported rivals Marco Rubio and John Kasich: "What is becoming more and more clear is if you want to beat Donald Trump we have to stand united as one. That is happening in Idaho and across the country. And if you were supporting someone else, let me tell you we welcome you to our team. We welcome you and embrace you because if we stand united that's how we win this primary. It's how we win the general, it's how we turn the country around."

Later in the evening, Rubio responded to Cruz's call.

He added that his campaign feels "very confident" as we move forward into those states.

5:40 p.m.Fifty-three percent of Kansas caucus results are in and CBS News is projecting a winner: Texas Sen. Ted Cruz.

Following his Kansas victory, Cruz has won half the number of states as Donald Trump.

5:20 p.m.With 31 percent of the vote in, Ted Cruz is leading Donald Trump in Kansas by double digits.

Donald Trump made a last-minute push for Kansas supporters on Saturday, cramming in an extra campaign rally before the caucus and skipping the Conservative Political Action Conference in Maryland to do so. Trump was scheduled to speak at CPAC early Saturday but announced the day before that he would hold a rally in Wichita, Kansas, instead.

Though polling was scarce for Kansas, the state's closed contest -- which prevents Democrats from switching parties to vote in the Republican caucus -- meant lowered predictions for Trump support. Of the last four closed primary states (the Iowa caucus, the Nevada caucus and Super Tuesday's Oklahoma primary and Alaska caucus) Ted Cruz won three of those contests. Trump, meanwhile, has fared better in open primaries.

5 p.m. On Saturday, Kansas Republicans met at more than 100 caucus locations to cast secret ballots for the party's presidential nomination.

The state GOP party reported lines out the door in some caucus locations, even calling the turnout on Saturday "incredible" in one tweet.

At one caucus site in Shawnee Mission South, GOP officials reportedly ran out of printed ballots and resorted to casting votes on notecards, according to a Kansas City Star report.

Three other states vote Saturday in the Republican primary race: Kentucky, Louisiana, and Maine. Saturday's states have a total of 155 delegates up for grabs.