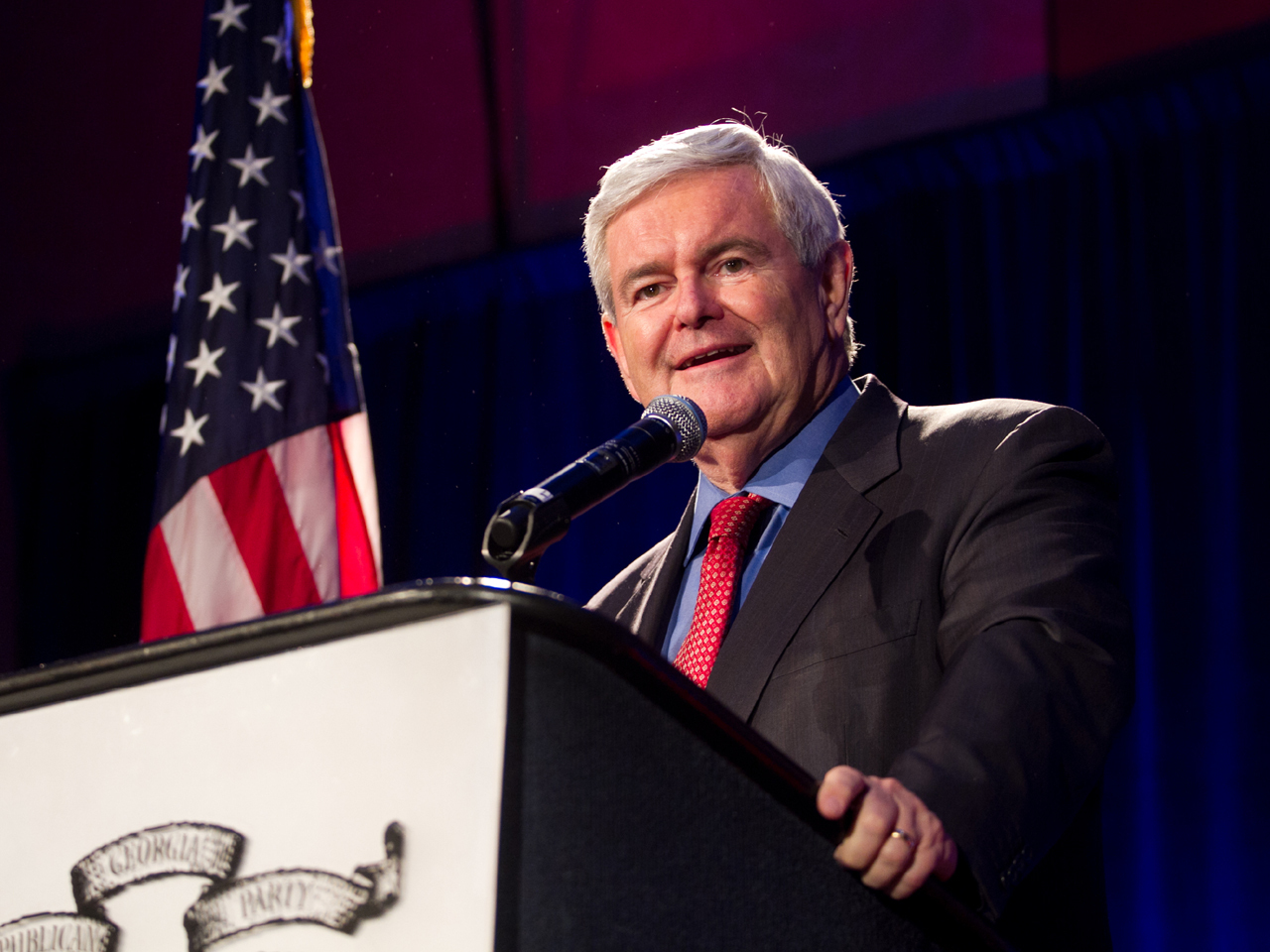 Just days after Newt Gingrich announced he's running for the Republican nomination, his campaign is in trouble.

His candidacy has been marked by a lot of missteps straight out of the gate, and top Republicans are now saying that his campaign is in jeopardy.

It started with his appearance on a Sunday talk show. He was rolling out his presidential campaign when he suddenly took aim at Republicans, specifically Congressman Paul Ryan's budget plan.

Leading conservatives went ballistic, saying Gingrich had hurt the party and all of those Republicans who were supporting the Ryan plan.

Then there was embarrassing news on Tuesday for Gingrich that came from his wife's financial disclosure form, which revealed that they recently had owed American Express between $15,000 and $50,000 dollars. He also owed between $250,000 and $500,000 dollars to upscale jewelry story Tiffany's - not a good message when voters care most about the economy and how they are going to make ends meet.

So the question now is how does Gingrich survive with all that's happened in the last week? Will he be able to hold on to some of his big-money donors, or will they take a walk?