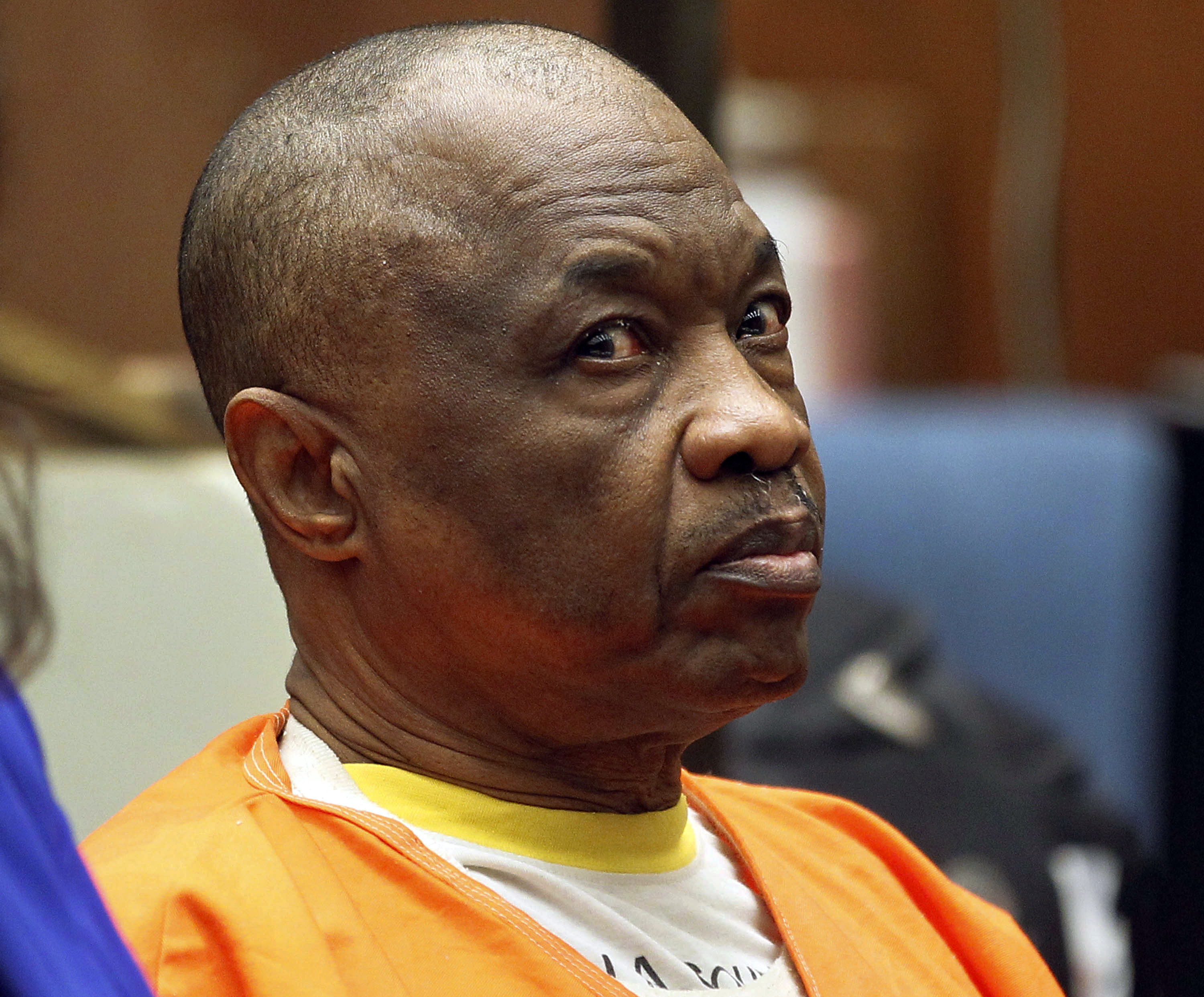 LOS ANGELES -- Lonnie Franklin Jr., the killer dubbed the "Grim Sleeper", has been found guilty of killing nine women and a 15-year-old girl, who were fatally shot or strangled and dumped in South Los Angeles during the crack cocaine epidemic.

Jurors reached the verdict on Thursday afternoon after the two-month trial of a Los Angeles man charged in serial killings that targeted vulnerable young black women over two decades.

Franklin, 63, a former garbage collector who also worked as a mechanic for the Los Angeles Police Department, could face the death penalty for the slayings. He had pleaded not guilty to murdering the women, as well as to attempted murder in the case of a woman who survived.

Defense attorney Seymour Amster said victims had DNA from more than one man on their bodies, and that more than 20 DNA tests excluded his client. Franklin is one of three men to face charges in slayings originally attributed to a single killer called the "Southside Slayer" during the crack cocaine epidemic, when crime spiked.

The killings Franklin was convicted for were eventually dubbed the work of the "Grim Sleeper," because while the first victim was found in 1985 and the last in 2007, there was a 14-year gap when no bodies turned up. However, prosecutors believe he may have killed others during that period.

The trial's most crucial witness was the sole known survivor.

Enietra Washington described being shot in the chest and sexually assaulted in 1988. She noticed her attacker taking a Polaroid picture of her as she slipped into unconsciousness.

When Franklin was finally arrested 22 years later, the same photograph -- showing the wounded woman slouched over in a car -- was one of many pictures found in his house. When his arrest was announced six years ago, authorities displayed dozens of photos of black women and appealed for the public's help in identifying them.