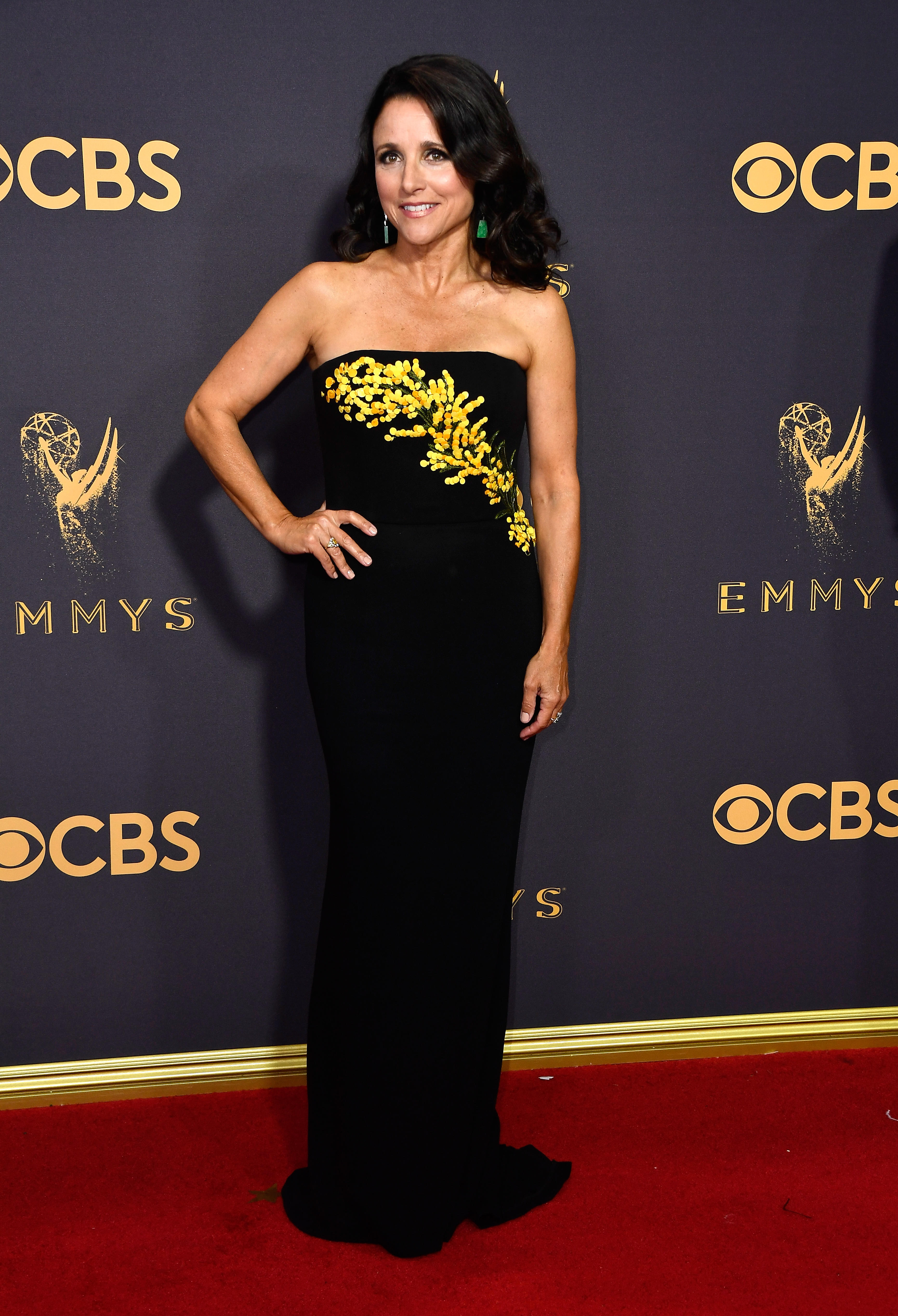 Julia Louis-Dreyfus revealed to fans Thursday that she has breast cancer. The Emmy-winning "Veep" star tweeted, "Just when you thought..." alongside a statement.

Louis-Dreyfus, who recently announced that her HBO comedy "Veep" is coming to a close, made Emmy history earlier this month when she won her sixth straight outstanding lead actress in a comedy series Emmy for her role as Selina Meyer.

She has also taken home Emmys for her roles in "Seinfeld" and "The New Adventures of Old Christine."

On Thursday, she said she was grateful to have resources, and support from loved ones.

"The good news is that I have the most glorious group of supportive and caring family and friends, and fantastic insurance through my union," she wrote.

She also used her diagnosis to call for universal health care, as the issue of health care reform remains a hot topic.

"The bad news is that not all women are so lucky, so let's fight all cancers and make universal health care a reality," she continued.

"Veep" will come to an end in 2018 when it wraps its seventh season. Earlier in September, Louis-Dreyfus tweeted, "It's true BUT don't despair cuz we still have a whole season 7 to write and film." She also told the Hollywood reporter at the time, "We don't want to repeat ourselves or wear out our welcome. The story has a finality to it that feels end-of-series."

Louis-Dreyfus is well loved by her co-stars. Tony Hale, who plays her aide Gary, told "CBS This Morning" of the actress, "Whoever's number one on the call sheet, who's the star, sets the tone. And she's so giving and kind and a team player -- and that makes a massive difference."

Many of Louis-Dreyfus' famous friends responded to the news with supportive messages. "Seinfeld" co-stars Jason Alexander and Wayne Knight sent their love.

Louis-Dreyfus is not the only celebrity to go public with her battle against breast cancer. Shannon Doherty, Giuliana Rancic and Olivia Newton-John have all battled cancer. Doherty, who has been in remission since April, returned to work in August. Rancic celebrated her fifth year of being cancer-free in December. Newton-John, whose cancer was in remission for 25 years, announced in May that her cancer was back and canceled her June tour.