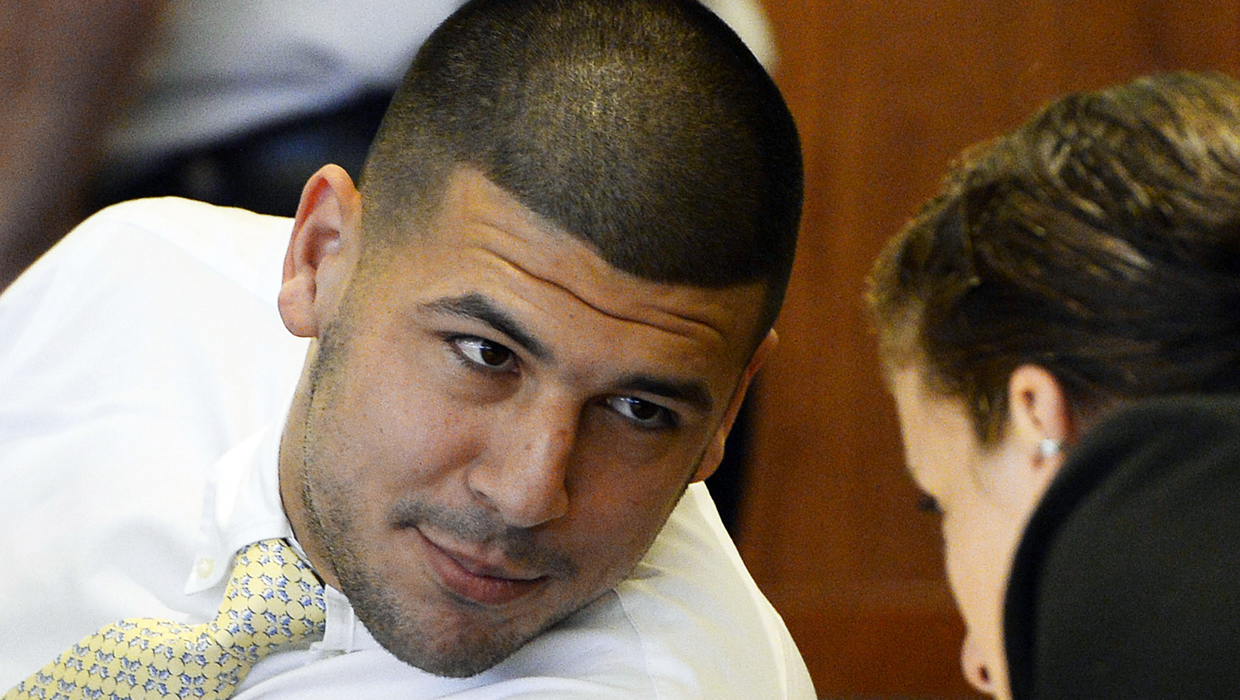 FALL RIVER, Mass. - Prosecutors in a murder case against Aaron Hernandez won't be allowed to tell a jury about two other killings with which the ex-New England Patriot is charged or the final text messages the victim sent to his sister, a judge ruled Friday.

Prosecutors have said Hernandez may have showed Lloyd the spot where the double shooting allegedly took place, and suggested that was a possible motive for killing Lloyd.

But Judge Susan Garsh, after hearing arguments, said that theory is "clearly in the realm of speculation" and "does not comport with common sense." She said there was no demonstrated link between the two crimes and disallowed the introduction of the 2012 homicides.

Garsh also said Friday she would not admit the final text messages sent by Lloyd to his sister, including one sent just minutes before he was shot to death at an industrial park near Hernandez's North Attleborough home.

Prosecutors say Lloyd sent the messages while in a car with Hernandez and suggested they showed he had become fearful. One said "U saw who I'm with" and another indicated the person was "NFL," referring to Hernandez.

Defense lawyers called it "rank speculation" that the texts indicated fear and said they were inadmissible.

Garsh said the texts did not suggest any hostility and that prosecutors didn't meet the burden to prove Lloyd felt he was in danger of an "imminent death."

Garsh also ruled that prosecutors may not introduce the shooting of Alexander Bradley, a former associate of Hernandez. Bradley has filed a civil suit against Hernandez that says the ex-player shot him in the face in 2013 after an argument in Florida.

Massachusetts prosecutors sought to admit a range of evidence related to the ex-player's other alleged crimes or "bad acts," including the Boston homicides, firearms found at Hernandez's home or elsewhere and even a photograph obtained from the celebrity gossip website TMZ that depicts Hernandez holding a gun.

His attorneys warned against compromising his right to a fair trial.

"It is critical that this trial be about the murder of Odin Lloyd," defense attorney James Sultan said Friday.

The judge allowed in some evidence relating to firearms, but disallowed the photograph.