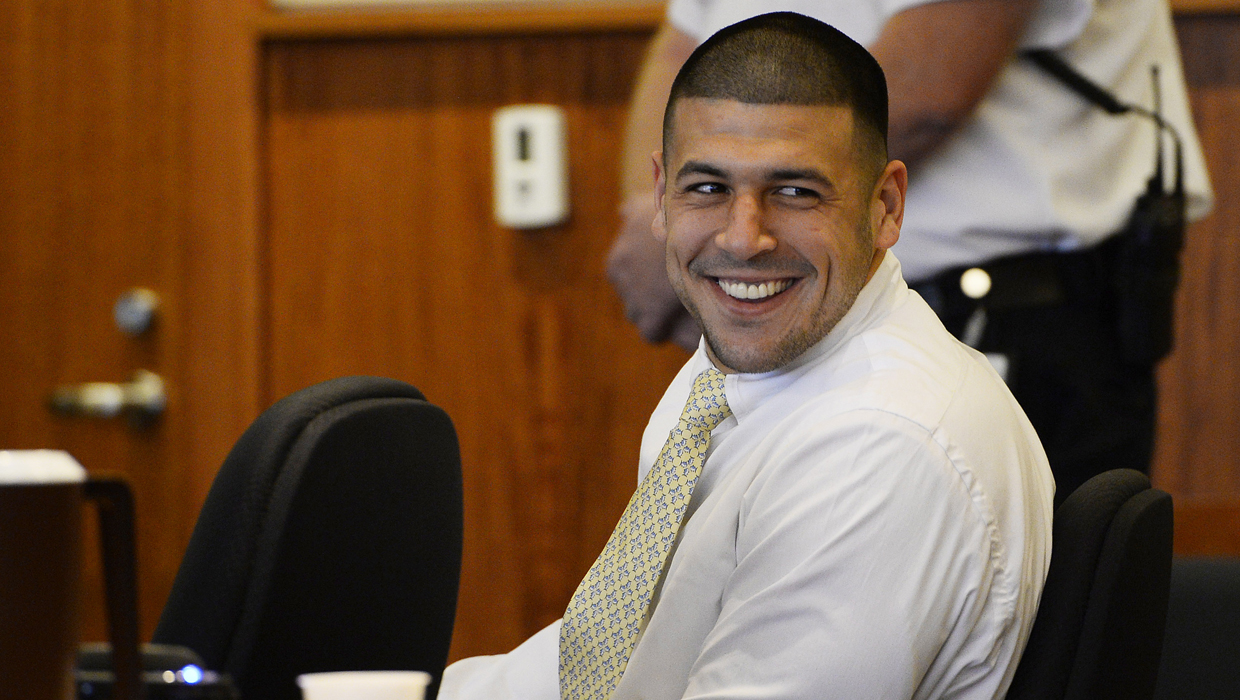 FALL RIVER, Mass. - Bullets found in an apartment rented by ex-New England Patriots player Aaron Hernandez and an ammunition magazine found in his Hummer were thrown out as evidence in his murder case Thursday by a judge who said state police didn't demonstrate probable cause for the searches.

Judge E. Susan Garsh said there were "absolutely no facts" linking Hernandez "in any way at all to the crime under investigation" in an affidavit supporting the warrant application to search his Franklin, Mass. apartment. That warrant was for a cellphone belonging to co-defendant Carlos Ortiz, who was with Hernandez when Odin Lloyd was killed.

Hernandez, 24, has pleaded not guilty to first-degree murder in the June 2013 killing of Lloyd, a semi-professional football player who was dating Hernandez's fiancee's sister. He's being held without bail.

Police applied for additional warrants after that first search, including one to look for ammunition. But the judge ruled that evidence gathered during the subsequent searches had to be thrown out because authorities hadn't demonstrated probable cause for the first one.

Authorities have said they never recovered the weapon used in Lloyd's killing but believe it was a .45-caliber pistol. The items tossed out Thursday include .45-caliber bullets and a .45-caliber magazine.

Bristol County prosecutors had previously indicated they wouldn't oppose the defense's effort to keep the items out. But, in court filings, they provided no explanation other than to say it was "in the interests of justice, and to avoid any delay."

In her ruling from the bench in Superior Court, Garsh said police might have satisfied the probable cause requirement - showing Ortiz's phone was of value to the investigation - simply by attaching a copy of an existing affidavit supporting a search warrant for Hernandez's home.

Meanwhile, the judge heard a third day of testimony Thursday on separate defense motions to suppress additional evidence, including from Hernandez's BlackBerry and home surveillance system.

The defense maintains Hernandez was unlawfully questioned when state police executed search warrants at his North Attleborough home. Trooper Michael Bates testified he knew Hernandez had previously referred questions in the investigation to his attorney but asked the ex-New England Patriot for the phone's passcode to facilitate investigators' work.

Hernandez at first said he couldn't remember the passcode, then provided one, he said. Bates said the phone was ultimately found not to be password protected.

Prosecutors have said that Hernandez and Lloyd texted about meeting within hours of his killing and that the BlackBerry contained communications between Hernandez and another co-defendant, Ernest Wallace.

Witnesses also testified Thursday about the seizure of a rifle from a Toyota that was parked in Hernandez's garage. Hernandez faces weapons charges stemming from the gun's seizure. The defense says the warrant didn't cover a search of the car, which wasn't owned by Hernandez.

Prosecutors say the search was within the scope of the warrant.

Garsh didn't immediately rule on any of the other defense motions to suppress evidence.

Hernandez has also pleaded not guilty in a separate case to the murder of two men after a brief encounter at a nightclub in Boston.