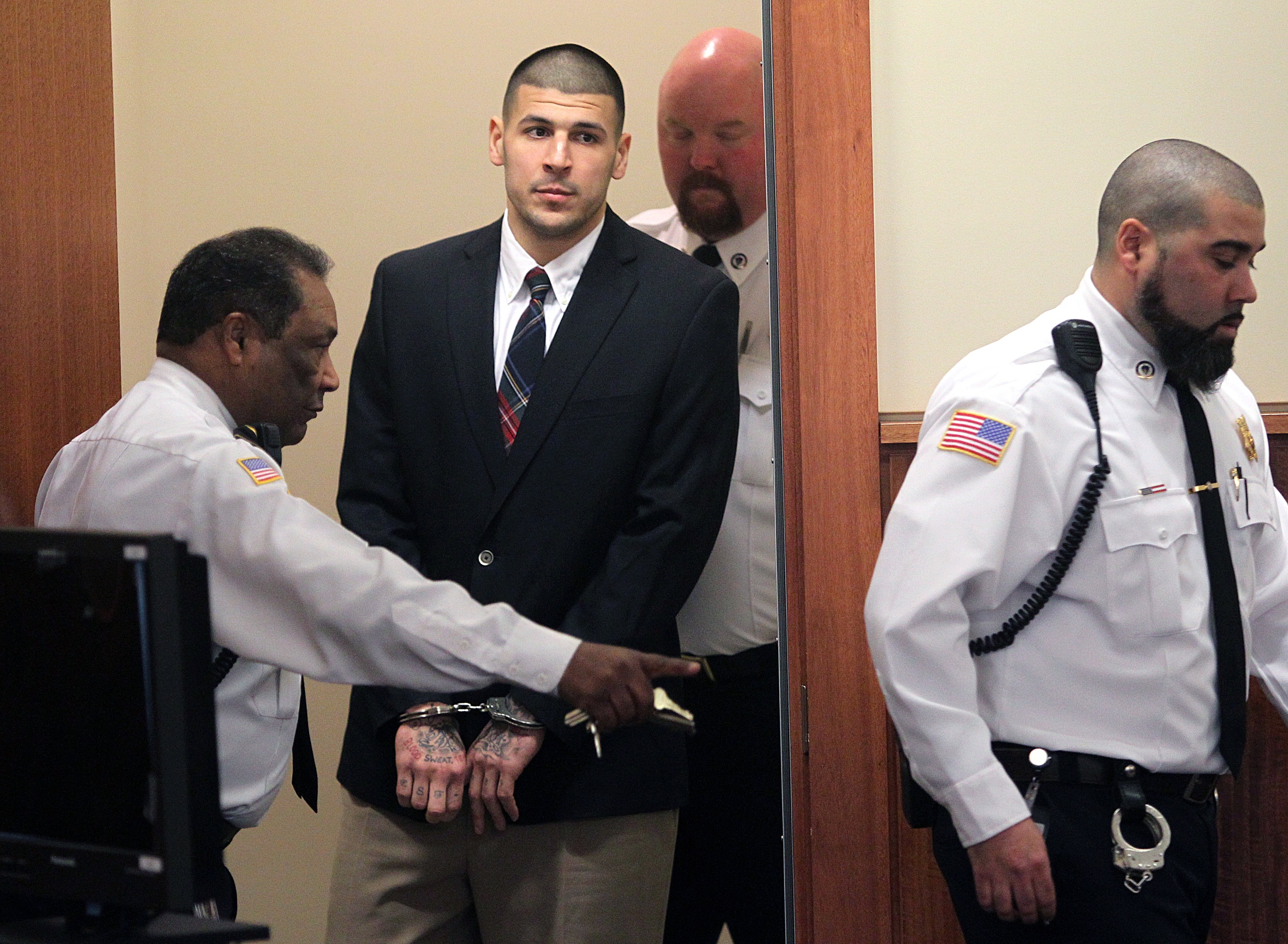 Part of a series: Crimesider's cases to watch in 2014
Former NFL star Aaron Hernandez was arrested June 26 and charged with first-degree murder and weapons charges in the death of Odin Lloyd, a Boston semi-pro football player. The case garnered a lot of attention in 2013 and is expected to get even more in 2014 as the case nears trial.

Hernandez, now 24, was released from the New England Patriots following his arrest. Prosecutors say he orchestrated the execution-style shooting because Lloyd, who was dating the sister of Hernandez’s fiancée, talked to the wrong people at a nightclub. The 27-year-old was found dead June 17 in a field near Hernandez’s home in North Attleborough, Mass. Hernandez has pleaded not guilty.

The case against the ex-NFL star is one of the more complicated not only due to the number of people implicated in the crime – two of Hernandez’s associates, his fiancée and his cousin all face charges in connection with the case -- but also because Hernandez is involved in a pair of lawsuits and a 2012 double-homicide investigation in Boston.

“The Hernandez case is one of the most fascinating because we have multiple jurisdictions looking at possible charges against Aaron Hernandez,” CBS News legal analyst Rikki Klieman told Crimesider.

Hernandez faces a civil suit filed in Florida by Alexander Bradley, a man who alleges Hernandez shot him in the face after they argued outside a Miami club in early 2013, and a wrongful death lawsuit filed in Massachusetts by the family of Odin Lloyd.

In addition, Hernandez is being looked at in connection with a 2012 double-homicide in Boston. Klieman said a Boston grand jury is “amassing evidence” that could result in Hernandez being indicted in the 2012 killings.

“In this intricate web, the double-homicide in Boston is allegedly the motive for Aaron Hernandez killing Odin Lloyd,” Klieman explained.

Lawyers representing Hernandez in the murder of Lloyd have said that prosecutors’ case won’t hold up during a jury trial and they are confident Hernandez will be exonerated.

“Anybody who thought back in June, July, August that this case was a slam dunk for the prosecution better take a step back and better see that this is a case that can be defended,” Klieman said.