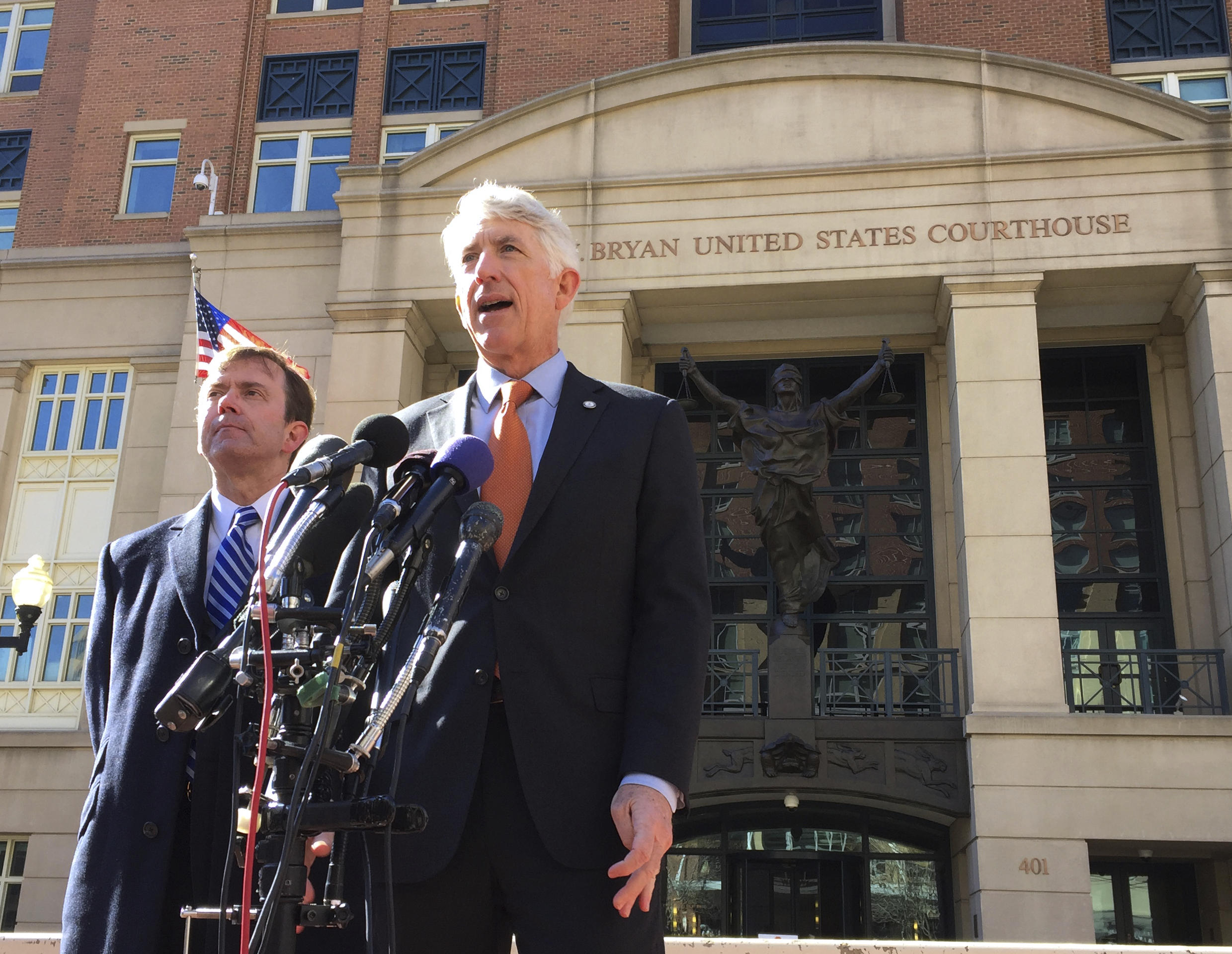 McLEAN, Va. -- A federal judge Monday granted a preliminary injunction barring the Trump administration from implementing its travel ban in Virginia, adding another judicial ruling to those already in place challenging the ban’s constitutionality.

A federal appeals court in California has already upheld a national temporary restraining order stopping the government from implementing the ban, which is directed at seven Muslim-majority countries.

But the preliminary injunction issued Monday night by U.S. District Court Leonie Brinkema in Alexandria is a more permanent type of injunction than the temporary restraining order issued in the Washington state case.

Brinkema’s injunction, though, applies only in Virginia. Attorney General Mark Herring had asked the judge to issue the injunction nationwide, but Brinkema limited it to Virginia, saying that the nationwide restraining order in place out of the Washington state case already provides much of the relief Virginia is seeking.

According to CBS Richmond affiliate WTVR, the judge declined to issue the injunction on nationwide basis “to avoid any claim that” it is “defective because of overbreadth.”

Virginia’s lawsuit also does not challenge the portion of the executive order directed at refugees. The 9th Circuit case in California also covers refugees.

Virginia based its arguments on the harms the state would suffer if the travel ban were allowed to go forward. The state has said for instance, that 1,000 students at its universities and dozens of university staff members and professors could be affected by the ban.

Herring previously called the executive order on immigration “unlawful, unconstitutional, and un-American,” according to WTVR.

In her 22-page ruling, Brinkema said the Trump administration offered no justification for the travel ban, and wrote that the president’s executive power “does not mean absolute power.”

She also writes that Trump’s promises during the campaign to implement what came to be known as a “Muslim ban” provide evidence that the current executive order unconstitutionally targets Muslims in violation of the First Amendment.

“The president himself acknowledged the conceptual link between a Muslim ban and the EO (executive order),” Brinkema wrote. She also cited news accounts.

Brinkema chided the federal government for offering no evidence to support its rationale for the ban, other than arguing the president’s authority for issuing such an order.

She said the president’s executive authority is still limited by the Constitution. “Every presidential action must still comply with the limits set by Congress’ delegation of power and the constraints of the Constitution, including Bill of Rights,” she wrote.