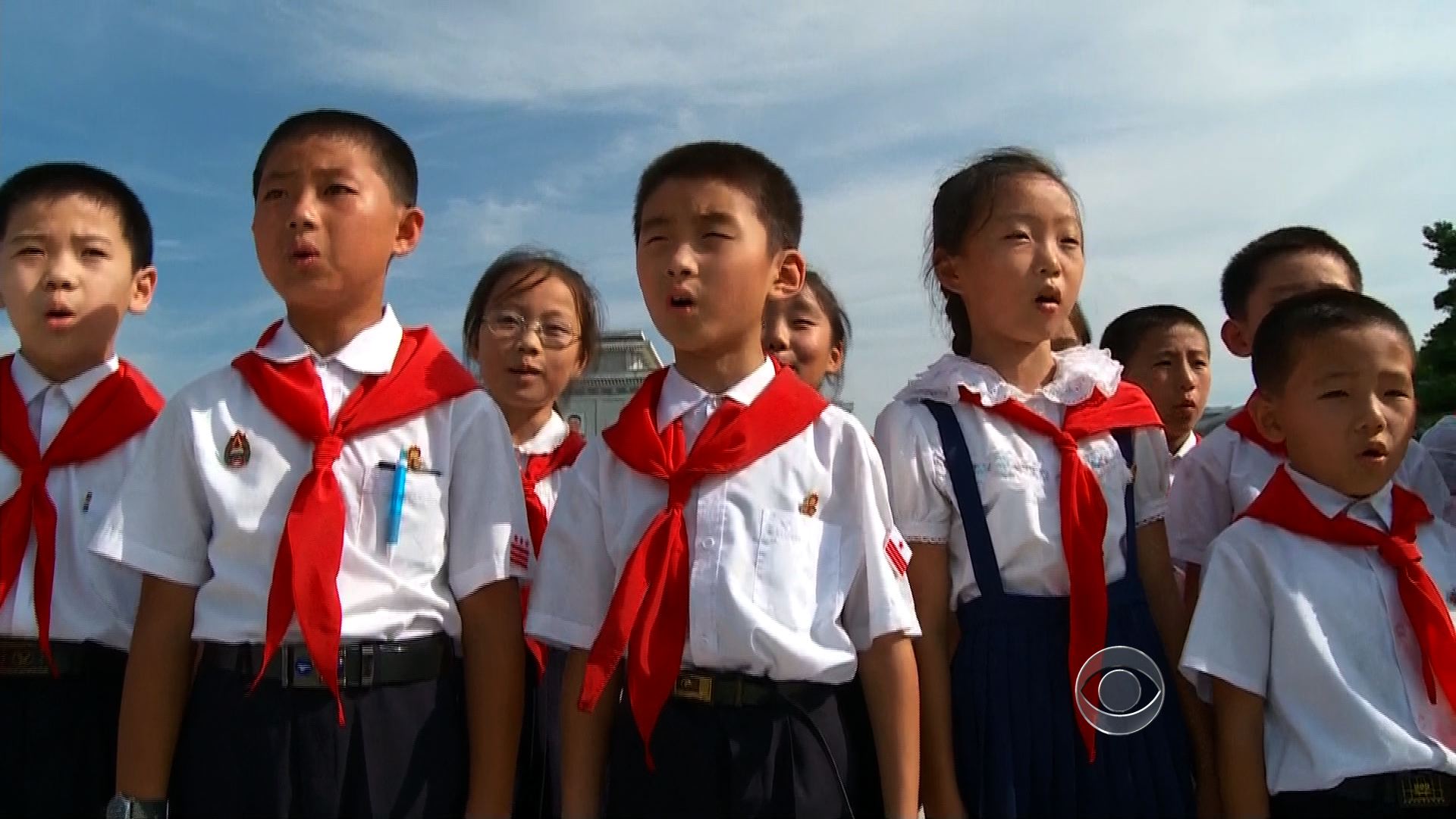 (CBS News) PYONGYANG, North Korea -- Saturday marks 60 years since the guns went silent in the Korean War. There was no winner, though North Korea calls July 27 "Victory Day," and it's a national holiday.

The North rarely allows foreign journalists inside the country, but CBS News was allowed into Pyongyang to report on what we saw -- or at least, what the North Koreans want us to see.

It wasn't long after CBS News landed that the government assigned us a minder who would accompany us everywhere we went.

Our crew was carted from place to place. Real life passed by the bus window. We were not allowed to stop.

The North Koreans call their capital the "Showcase City" and indeed, much of what we saw appeared staged.

Our first stop was the grand opening of a veteran's cemetery.

Kim Jong Un, North Korea's "supreme leader" made a surprise visit to lay a memorial wreath and mark almost 60 years since the end of the Korean War.

Tom Hudner, a retired U.S. Navy pilot, traveled to North Korea this week on a personal mission to search for the remains of his wingman, killed during the Korean War. Hudner crash-landed his plane in order to save him. President Harry Truman awarded him the Medal of Honor that he still wears today.

Hudner said it was "emotional" to watch the ceremony in a land that was once the other side of enemy lines.

CBS News was then brought to yet another choreographed event. This time, groups of school kids have come to a mausoleum to pay their respects. Inside the mausoleum is the founder of this country and his son, Kim Jong Il.

One 12-year-old said he'd come to pay tribute to the leaders. But before we spoke with him, our minder did.

It was the same with Kim Hea Na. The 11 year old told us what she knew about Americans -- that they were imperialists who invaded her country. When asked how she felt about talking to an American, she replied, "You don't look like an American!"

Although the minder kept his eye on us at all times, some things did appear genuine. When remarking on some buildings behind a bridge that were lighted up last night, someone said that earlier in the week there were no lights at all. It's clear the country was putting on a show.