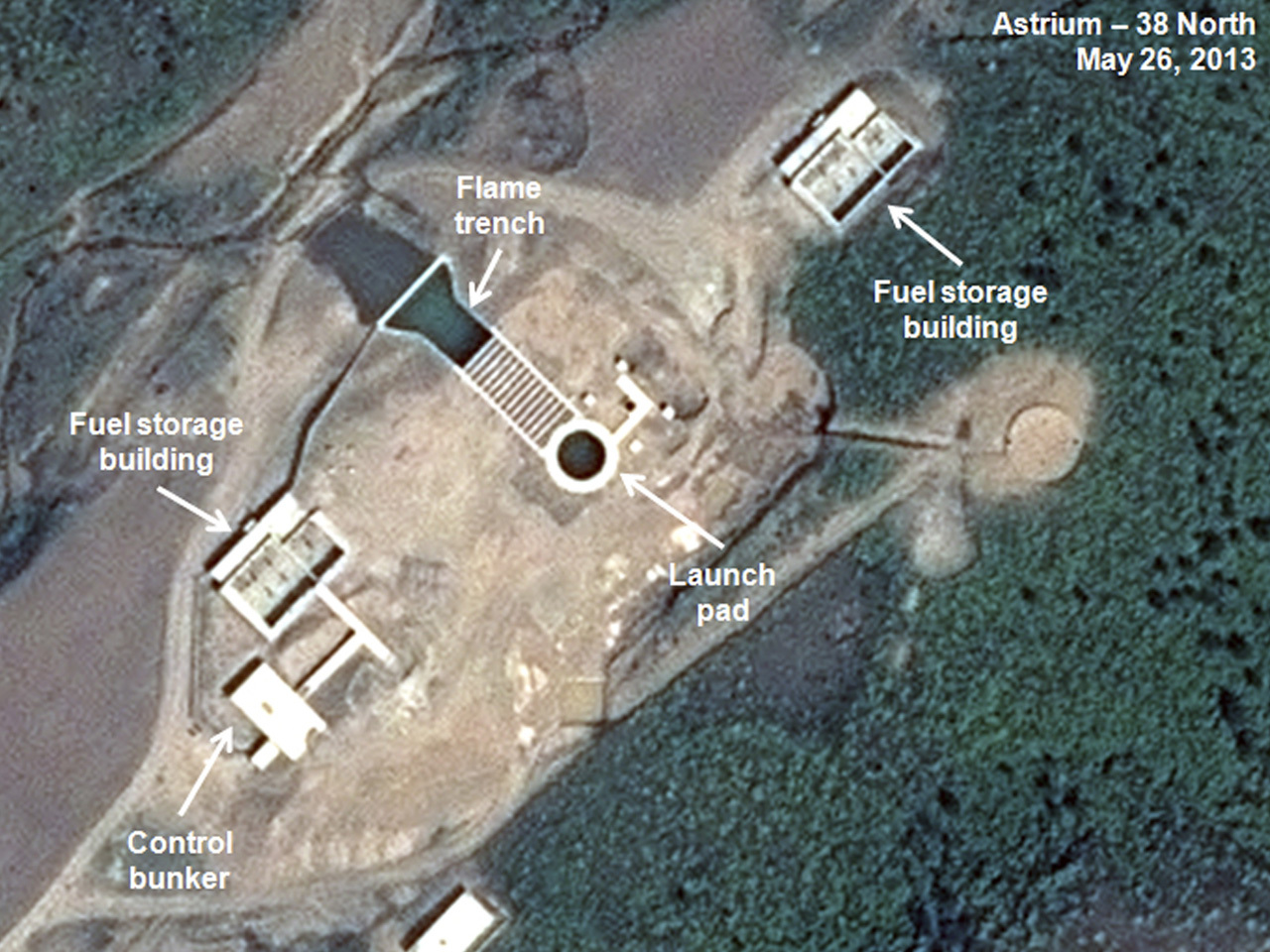 SEOUL, South Korea An eight-month construction standstill at a North Korean site meant to launch bigger and better long-range rockets may signal Pyongyang is slowing or even stopping development of larger rockets, according to a new analysis of recent satellite imagery.

The sight of unfinished roads and grass growing from the foundation of a large new rocket assembly building could be welcome news for Washington and others who see Pyongyang's nuclear and missile work as a threat — though it is unknown if the work stoppage is only temporary.

Another unknown is why North Korea stopped construction on the launch pad, rocket assembly building and launch control center at what was intended to be a major new facility at the Tonghae Satellite Launching Ground on the northeast coast, according to analysis provided to The Associated Press by 38 North, the website for the U.S.-Korea Institute at Johns Hopkins School of Advanced International Studies.

But the analysis of May 26 commercial satellite imagery from DigitalGlobe and Astrium provides some possible scenarios about what's happening.

One theory is that equipment and construction troops sent from the site to help repair widespread rain damage last year may still be at other posts. Another is that North Korea's leadership has decided that its more modern Sohae rocket launching site on the northwest coast, the one used to launch rockets in April and December 2012, will be sufficient to support large rocket development

But the most intriguing theory from the analysis is that the work stoppage could reflect a decision in Pyongyang to slow or stop building larger rockets.

"If Pyongyang ultimately abandons facilities to launch large rockets it only began building in 2011, that could have important implications for North Korea's space launch program as well as the development of long-range missiles intended to deliver nuclear weapons," Joel Wit, a former U.S. State Department official and now editor of 38 North, said in an email.

Any clues about North Korea's secretive rocket program, which Washington and others see as a cover for work on missiles that could strike the U.S. mainland, are significant.

Tensions between the rival Koreas remain high, despite recent diplomatic efforts to ease animosity, and the Korean Peninsula remains technically in a state of war because the Korean War ended 60 years ago Saturday with a cease-fire, not a peace treaty.

The analysis said there's no sign of activity, equipment or personnel at the new launch pad at Tonghae. Grass is growing from the foundation of a large new rocket assembly building, and work is incomplete on a road meant to bring construction equipment and, eventually, large rocket stages to the site.

Even if North Korea resumes work at the site, the delay means completion could be pushed back to 2017, at least a year longer than earlier estimates, according to the analysis.

What the Obama administration saw as faster-than-anticipated North Korean progress on nuclear weapons and missiles prompted a March announcement that Washington would spend $1 billion to add 14 interceptors to the U.S.-based missile defense system.

North Korea reacted with fury to U.N. sanctions that followed nuclear test this year and the December rocket launch, threatening nuclear war on Washington and Seoul. The rival Koreas countries have since made tentative efforts at diplomacy, holding five so-far fruitless meetings this month meant to restart a jointly run factory park that was shut down during the tensions in the spring.

Outsiders have difficulty assessing North Korea's intentions and technical capabilities, but many doubt that Pyongyang has yet mastered the technology needed to miniaturize a nuclear device to mount on a long-range missile and attain its goal of being able to directly threaten the United States. Some analysts, however, believe Pyongyang may be able to arm shorter-range missiles with warheads.