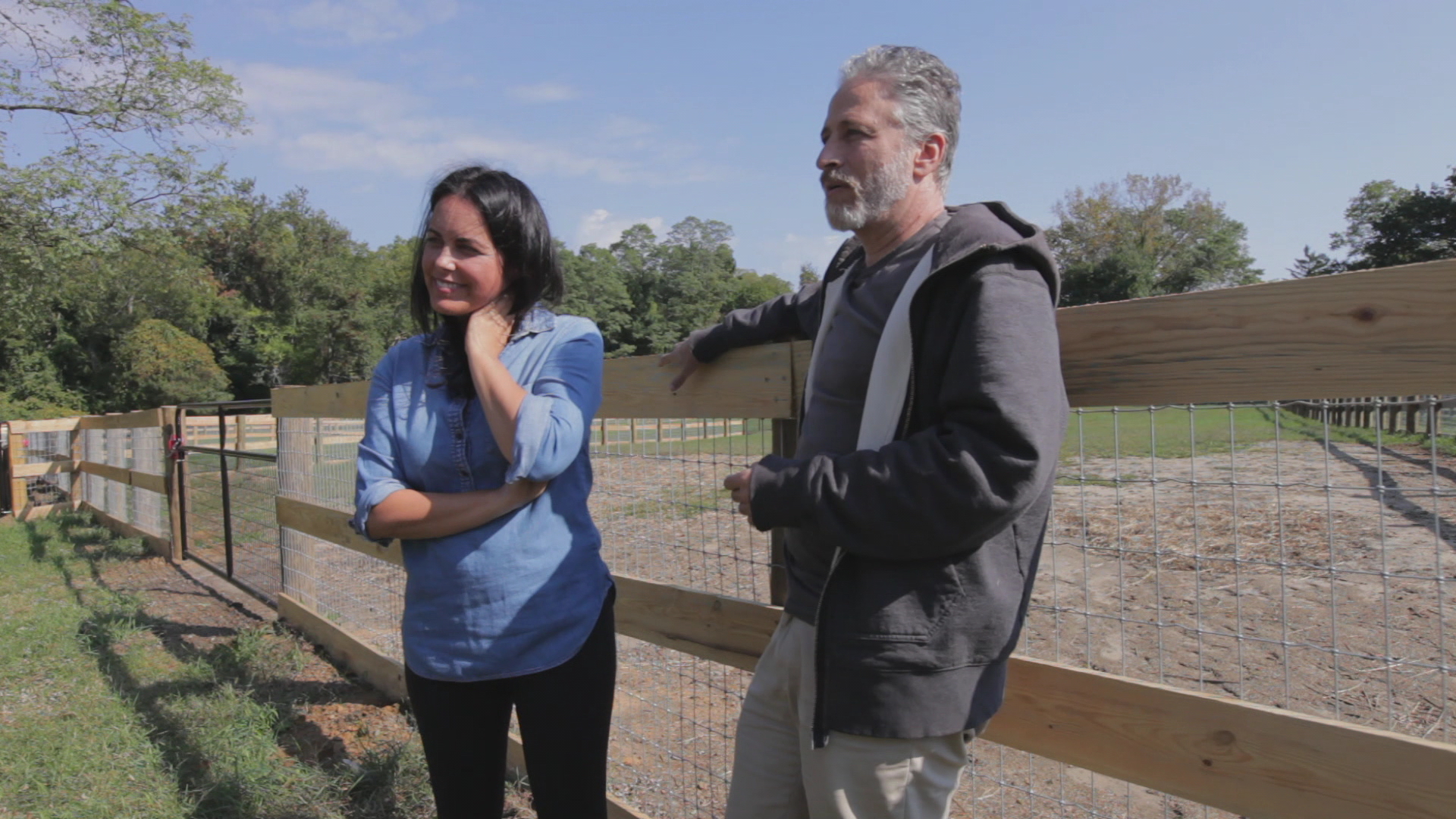 When Jon Stewart's fans learned his life after "The Daily Show" would take him to a farm, they might have thought it was a joke.

But more than two months after the multi-Emmy winner stepped away from the "fake" news desk, he and his wife Tracey welcomed CBS News to their New Jersey property for an exclusive interview.

Tracey is out with a new book, "Do Unto Animals," and Stewart is settling into his new rhythm.

"Do you miss it, the way people miss you?" "CBS This Morning" co-host Gayle King asked Stewart.

"I miss the people that I worked with, because, you know-- and so we email," Stewart said. "And we bitmoji back and forth."

With presidential campaigns in full swing before the 2016 elections, there would have been lots of material for the comedian to work with for his show. But Stewart said he doesn't miss the show at all.

"Because I feel like I completed it. It's when you feel like you complete a project to the best of your ability. When you've done the best that you think you're able to do. ...So I can't regret. All I can do now is be happy that I had that opportunity," Stewart said. "The joy is in creating it, in growing it, in evolving it. Maintaining it is the part that when it becomes rote or redundant, then you feel like, 'Well, I'm not really adding a lot of value to this anymore, am I?'"

"He's like, 'You know, I'm the mayor at the smoothie store,'" Tracey said.

While Stewart said he still works and writes, he now has flexibility in his schedule.

"It's not like I don't feel productive or creative. But I feel like my life is-- now it's, rather than just painting with three colors, I get to have all. I get to get the whole thing now," Stewart said.

"There's no way you don't miss us, Jon. Just, you're so damn quick and so damn funny. But you seem very content," King observed.

"Is he this funny at home?" King asked.

"All the time?" King asked.

"I'm surrounded by manure, man," Stewart said. "What could be better than that?"

Inside NSA Hawaii, the "front lines" of intelligence gathering