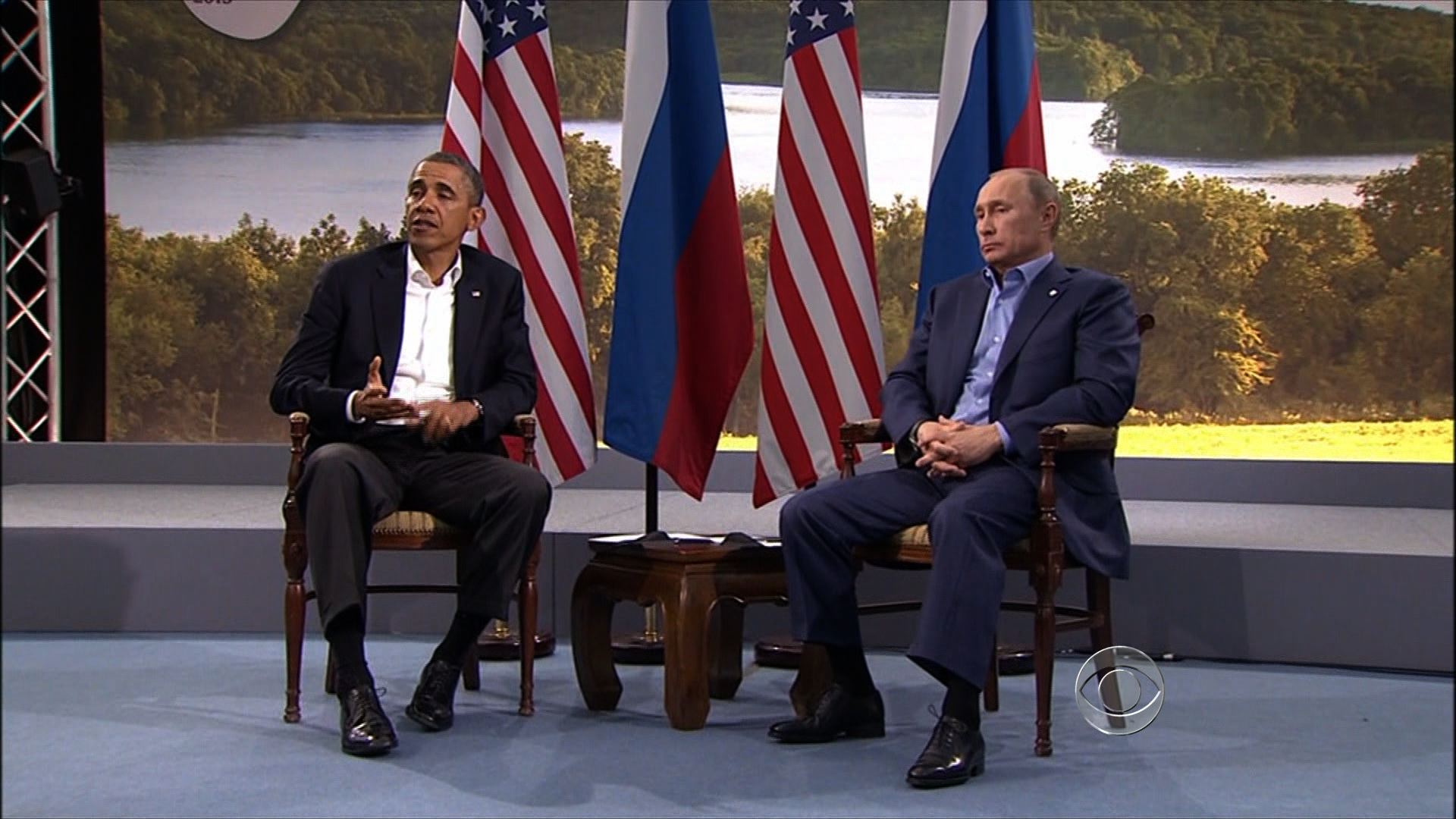 The two leaders were expected to meet in a one-on-one meeting in September, on the sidelines of the G20 Summit in St. Petersburg, Russia.

The United States has both publicly and privately called on Russia to return Snowden to the U.S. where he faces three felony charges after leaking information about secret, sweeping National Security Agency surveillance programs. Russia's refusal to do so adds to growing tensions between the two nations.

"Following a careful review begun in July, we have reached the conclusion that there is not enough recent progress in our bilateral agenda with Russia to hold a U.S.-Russia Summit in early September," White House spokesman Jay Carney said in a statement. "Given our lack of progress on issues such as missile defense and arms control, trade and commercial relations, global security issues, and human rights and civil society in the last twelve months, we have informed the Russian Government that we believe it would be more constructive to postpone the summit until we have more results from our shared agenda."

Carney said that Russia's decision to grant Snowden ayslum for a year was "also a factor" in the decision. He noted that Defense Secretary Chuck Hagel and Secretary of State John Kerry will still meet with their Russian counterparts in Washington later this week to work on the bilateral relationship. Additionally, Mr. Obama will still attend the G20 Summit next month.

In an interview with NBC's "The Tonight Show" that aired Tuesday night, Mr. Obama said he was disappointed in Russia's decision to grant Snowden asylum and that it reflected the "underlying challenges" he faces in dealing with Moscow.

"There have been times where they slip back into Cold War thinking and a Cold War mentality," he said.

Last week, when the White House announced it was "reevaluating" the bilateral summit, multiple lawmakers called for a more serious recalibration of the United States' relationship with Russia. Sens. John McCain, R-Ariz., and Lindsey Graham, R-S.C., said in a statement that it is "time to fundamentally rethink our relationship with Putin's Russia."

Sen. Chuck Schumer, D-N.Y., said last week that the president should recommend moving the G20 Summit out of Russia. On Tuesday, he commended Mr. Obama for canceling the bilateral meeting.

"The President clearly made the right decision," he said in a statement. "President Putin is acting like a school-yard bully and doesn't deserve the respect a bilateral summit would have accorded him."