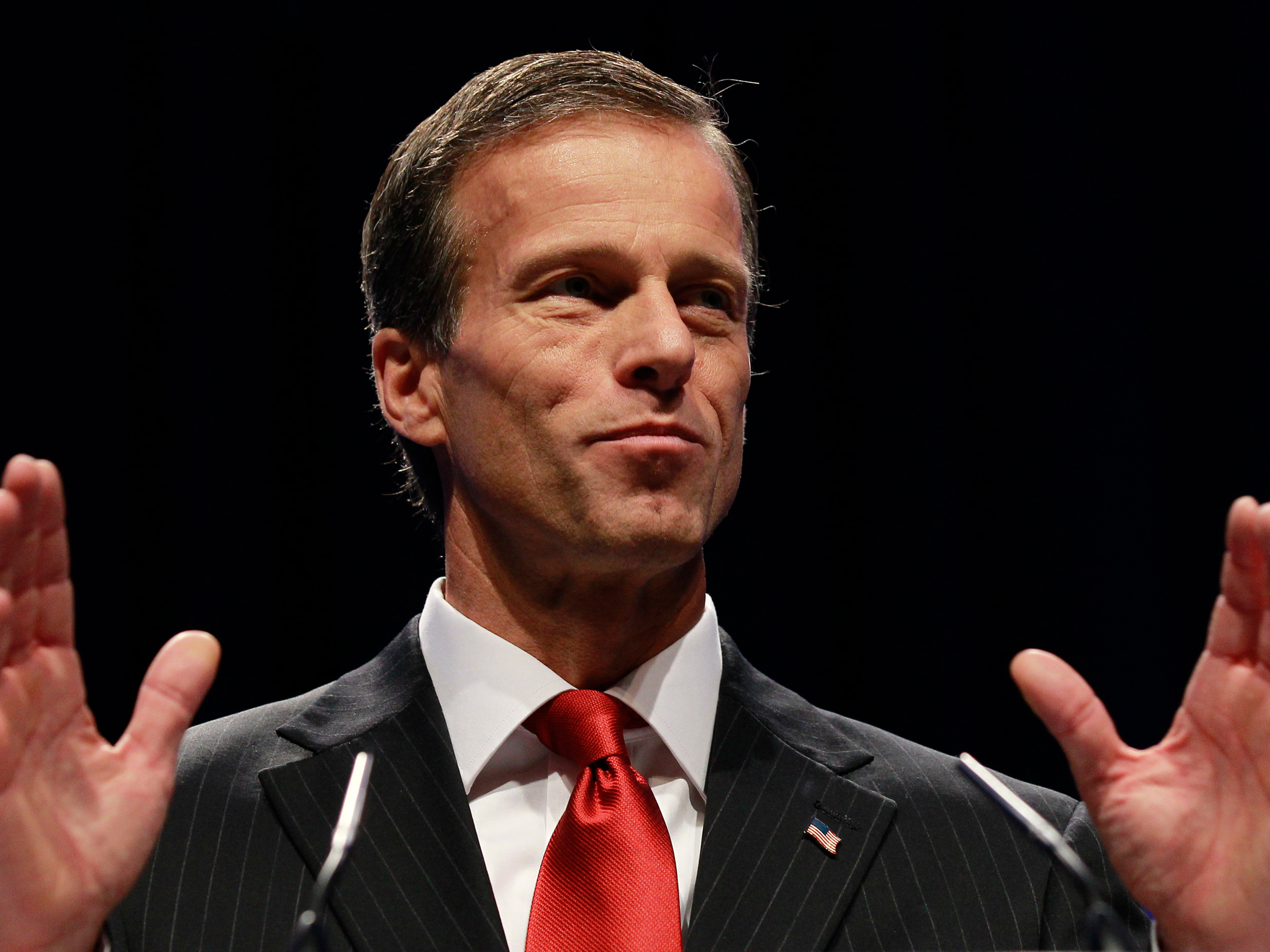 WASHINGTON -- South Dakota Sen. John Thune is considered a relatively strong potential presidential contender, but in the national political arena, he is relatively unknown. He acknowledged as much today at the Conservative Political Action Conference in Washington while getting in a light jab at his potential primary opponent Sarah Palin.

"The truth is, I've never held a book signing," Thune said. "I've been to Iowa plenty of times, but it's usually on my way to South Dakota."

"And the closest I've come to being on a reality show is C-SPAN's live coverage of the Senate floor," he said in allusion to Palin's TLC reality show, eliciting laughter from the conservative crowd. Instead, he said, he spends most of his time in the halls of the Senate or speaking with his constituents in South Dakota.

The senator shared with the crowd his family's Norwegian roots, praising his parents for instilling in him and his brothers "Midwestern values" that give them a sense of "the importance of family and the value of life" and allow them to "appreciate our freedom and liberty."

"But for those of us who value liberty and freedom, Washington, D.C. has been a pretty lonely place the last couple of years," Thune said.

The senator took President Obama to task on a range of issues, from the economy to national security.

"President Obama likes to talk about winning the future," he said. "But someone ought to tell him: You can't win the prosperity of tomorrow if you're mortgaging it to pay for the big government programs of today."

Thune was referencing the phrase the president used frequently in his State of the Union addresslast month - at which Thune and other congressmen sat in a bipartisan arrangement to pay respect Rep. Gabrielle Giffords (D-Ariz.), who was injured in a mass shooting.

"Democrats invited their favorite Republican to sit with them, so I sat with Senator Gillibrand from New York and Senator Carper from Delaware," Thune said today. "Apparently I'm so conservative it takes two Democrats to balance me out."

"But let's be clear," he said. "A new seating chart is not bipartisanship. And new rhetoric is not a new agenda."

Romney on Obama Policy: "Let Them Eat Cake"
Read All of Hotsheet's Reports from CPAC

As many Republicans have, Thune blasted the president for speaking about "investments" rather than government spending. The senator called for more initiatives to save money - such as a two-year budget that spends money in the odd-numbered years and saves money in the even-numbered years, or a congressional committee dedicated to reducing the deficit by cutting government spending.

He also called for tougher rhetoric and tactics in the "war on terror."

"Despite what some in this administration may think, our men and women in uniform are not engaged in an Overseas Contingency Operation; they are fighting a global war on terror," he said.

That war, he said, requires "all the elements of our national power" to win.

"We need to use lawful interrogation techniques to acquire actionable intelligence," he said. "And when we're done interrogating terrorists, we should give them their day in court - in a military tribunal, not an American courtroom."