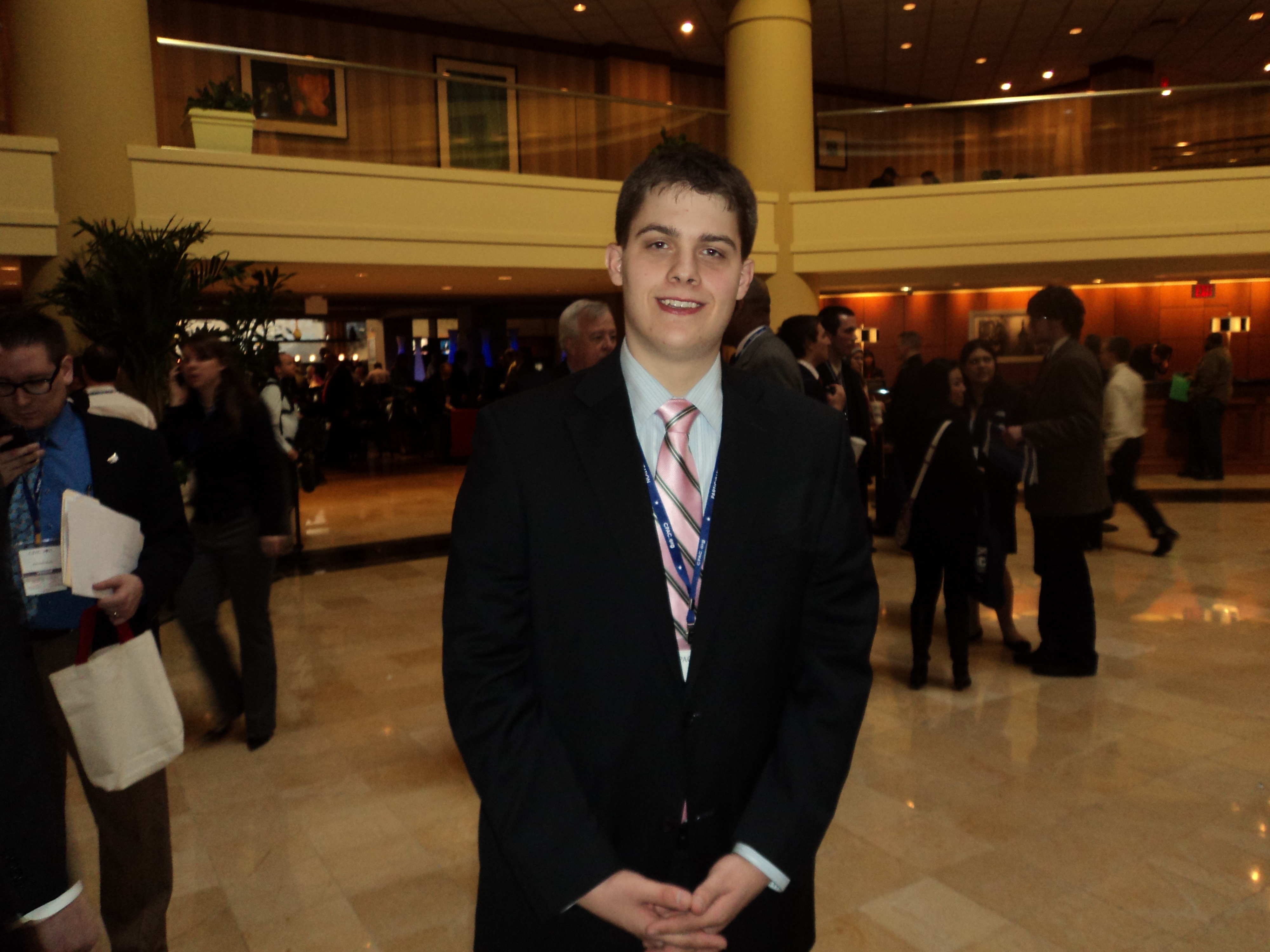 The music was blaring at a party for gay conservatives in Washington on Thursday night, and 22-year-old college student Matt Hissey was declaring victory.

Hissey had been asked about the decision by some social conservatives, including the Family Research Council and Sen. Jim DeMint, to boycott the Conservative Political Action Conference over the involvement of gay conservative group GOProud.

"The whole idea about conservatism is about individual freedom, individual liberty," said Hissey, a GOProud volunteer and a "very conservative" supporter of Sarah Palin. "And they have the total right to disagree with me, but who won the PR battle here? We did. So they are more than welcome to feel that way, and act upon it, and try to lobby their supporters, but they lost in the end."


The scene at GOProud's booth at CPAC - a confab of 11,000 (mostly young) conservative activists that doubles as a cattle call for GOP presidential candidates - seemed to back up that assessment. A stream of participants walked up to the booth throughout the day to thank GOProud representatives for coming to the conference and, as Hissey put it, "for driving the wingnuts away."

To be sure, social conservatives remain a potent force within the conservative movement: Along with fiscal and national security conservatives, they form one of its three planks, according to the speaker who opened CPAC this year, Rep. Michele Bachmann. On Friday, a group called The American Society for the Defense of Tradition, Family and Prosperity was passing out literature explaining why gay marriage is 'harmful" and must be opposed; the American Principles Project, meanwhile, urged speakers to acknowledge that "social issues are fundamental to the fabric of conservatism and the character of our country."

GOProud describes itself as "committed to a traditional conservative agenda that emphasizes limited government, individual liberty, free markets and a confident foreign policy." Marriage questions, it says, should be left to states. In an interview Thursday, the group's executive director, Jimmy LaSalvia, said the social conservatives boycotting CPAC "have chosen to marginalize themselves out of the conservative movement."

The mood at the GOProud party Thursday night was triumphant; host Andrew Breitbart described the group's success at CPAC as a "turning point" for the conservative movement.

"There are so many gay people that I've seen at the tea parties who are being doubly bold - there may be some social stigma still to being gay, but there is a bigger social stigma still to being gay and conservative in the gay community," he said. Breitbart said he stands with GOProud, saying, "people simply want to grant gay people their humanity - is that too much to ask for?"

Hissey said it isn't always easy being a gay conservative - but not because of the gay part.

"If I go out to a gay bar or something like that I get completely eviscerated by the crowd, it's crazy," he said. "It's way harder to come out of the conservative closet at the gay bar than, like, out of the closet in general."

Former GOP chairman Michael Steele, who was also at the GOProud party, said he saw "a lot of very proud conservative Republicans who want to express themselves within their party, and we as a party should be very grateful that they want to do that, support that and allow that to happen."

Tyler Whitney, a gay 22-year-old supporter of libertarian-leaning Republican Gary Johnson, said he had seen a big change since he first came to CPAC six years ago. Whitney said there was a strong anti-gay undercurrent at his first CPAC grounded in a "very heavy emphasis on the religious right." Asked if he felt comfortable at that first conference, he said no.

"I felt that a lot of people there viewed me differently," he said. "I feel like I'm being more welcome in the conservative coalition now."

"There will always be some people that are anti-gay," Whitney continued. "But those people are passing the torch to a newer generation, and the newer generation is definitely more socially tolerant." This year, in fact, the conference even has its first openly gay likely presidential candidate: Former Ronald Reagan consultant Fred Karger.

It's important to remember that CPAC is not the entire conservative movement - it's a group of mostly young activists with a far more libertarian bent than the movement as a whole. (The winner of last year's straw poll was Ron Paul.) And gay conservatives are decidedly not welcome at the Values Voters Summit, a social conservative conference that also attracts mainstream Republican presidential candidates.

The American Conservative Union, which sponsors CPAC, is quick to note that despite its decision to include GOProud as a participating organization, the group "has consistently adhered to traditional family values as our policy," in the words of incoming chairman Al Cardenas. That includes opposition to same-sex marriage. Cardenas also said Friday morning that "it's going to be difficult to continue the relationship" with GOProud in the future because some of the disparaging comments its leaders have made about conservatives who disagree with them.

CPAC chair David Keene says he doesn't have second thoughts about inviting GOProud, however. Any group that agrees with him on 80 percent of issues, he said, is good enough for him. He noted that past conference participants have differed with him on issues like earmarks, legalizing drugs and the Iraq war. "Any movement is a coalition of people," he said.

"I'm a conservative, and to be in a place with 10,000 people who feel the same way is quite refreshing," he said. "I love capitalism, I love America."

Brian Montopoli is a senior political reporter for CBSNews.com. You can read more of his posts here.