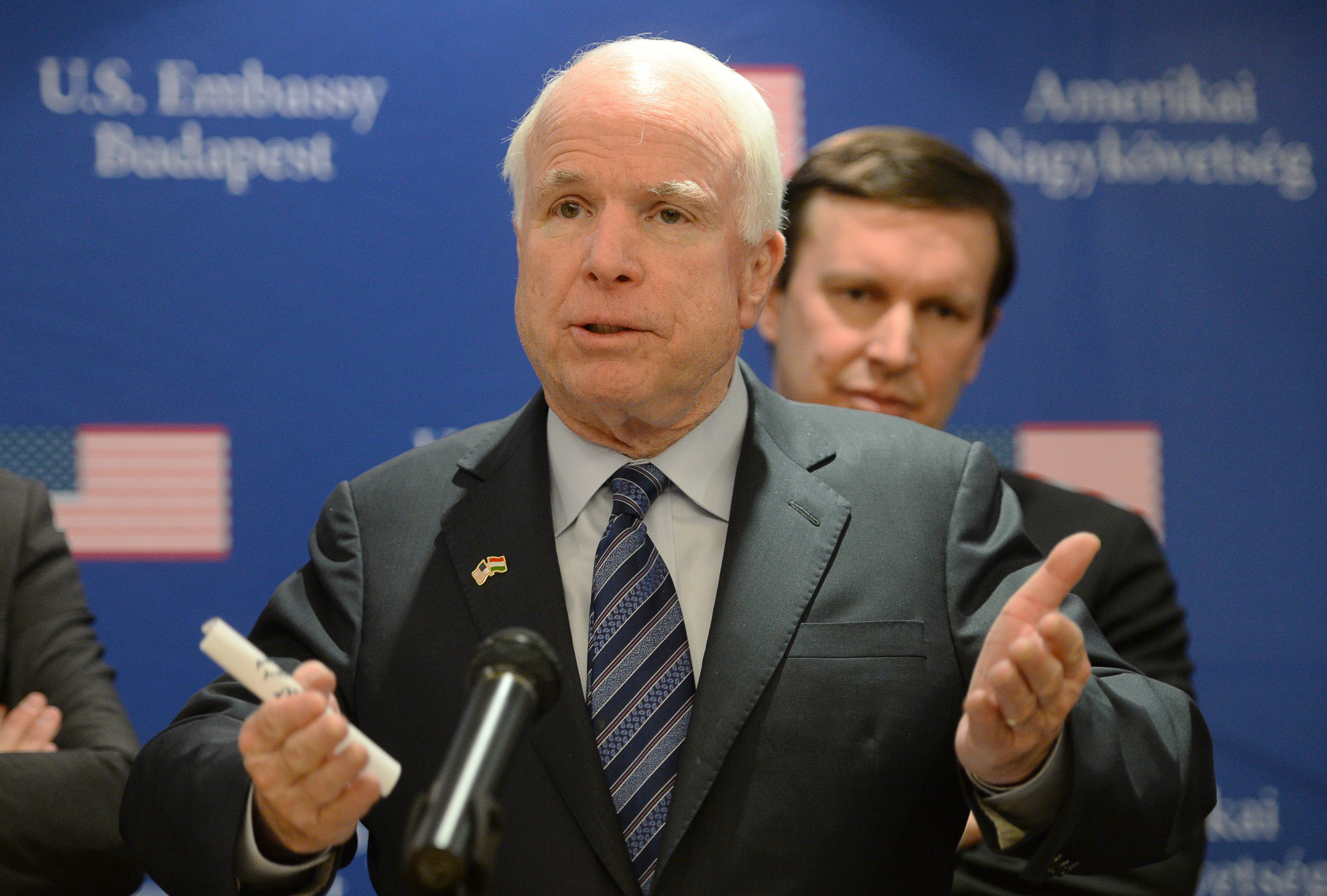 Sen. John McCain, R-Ariz., a frequent critic of President Obama's foreign policy, blamed the administration's "naive" approach to dealing with Russia for the recent outbreak of political violence in Ukraine.

Dozens of people have been killed over the last several days in clashes with police in Kiev during anti-government protests. Demonstrators are protesting against the Ukrainian government's recent turn away from tighter integration with the European Union in favor of closer ties to Russia.

Pointing to the attempted "reset" of U.S.-Russian relations during the president's first term, McCain told Phoenix radio station KFYI on Thursday that Mr. Obama is "the most naive president in history."

"The naivete of Barack Obama and [Secretary of State] John Kerry is stunning," he said. He added that Russian President Vladimir Putin, whom he described as "amoral," "cold," "distant," and "tough," had "played us so incredibly."

McCain and Sen. Chris Murphy, D-Conn., have called for targeted sanctions against the regime in Ukraine to protest the deadly attacks on protesters, and McCain underscored the necessity of U.S. action on Thursday.

"This thing could easily spiral out of control into a major international crisis," he said. "The first thing we need to do is impose sanctions on those people who are in leadership positions."

And McCain warned that Putin, who currently has his hands full as his country hosts the Winter Olympics in Sochi, could move more aggressively to secure Russia's stake in Ukraine after the games are over.

"Watch Putin after the Olympics are over. He may try — and I emphasize may — try to have some partition of…Ukraine," McCain said. "Putin believes Ukraine is an integral part of Russia. He will not go quietly into the night about when Ukraine moves into the European orbit, so to say."

Also on Thursday, McCain delivered an early warning to his party on the 2016 election, saying former Secretary of State Hillary Clinton, a Democrat, would "most likely" win the White House if the election were held today.

"I would bet, my friend, as much as I hate to admit it, that right now – this is why we have campaigns – but right now, if the election were held tomorrow, Hillary Clinton would most likely be the president of the United States," he said on CNN.

"She wouldn't be my candidate," he added.

McCain's prediction doesn't exactly put him out on a limb: Clinton has not made a final decision on a bid, but polls have shown her running away with the Democratic nomination – and competing strongly in the general election – if she decides to run.

Still, not everyone in the GOP shares McCain's pessimism. The Arizona Republican's warning was prompted by Rep. Michele Bachmann, R-Minn., who told columnist Cal Thomas in a piece published Tuesday that a lot of people "aren't ready" for a female commander in chief.

"I think there was a cachet about having an African-American president because of guilt," she said. "People don’t hold guilt for a woman...I don’t think there is a pent-up desire [to see a woman become president.]"