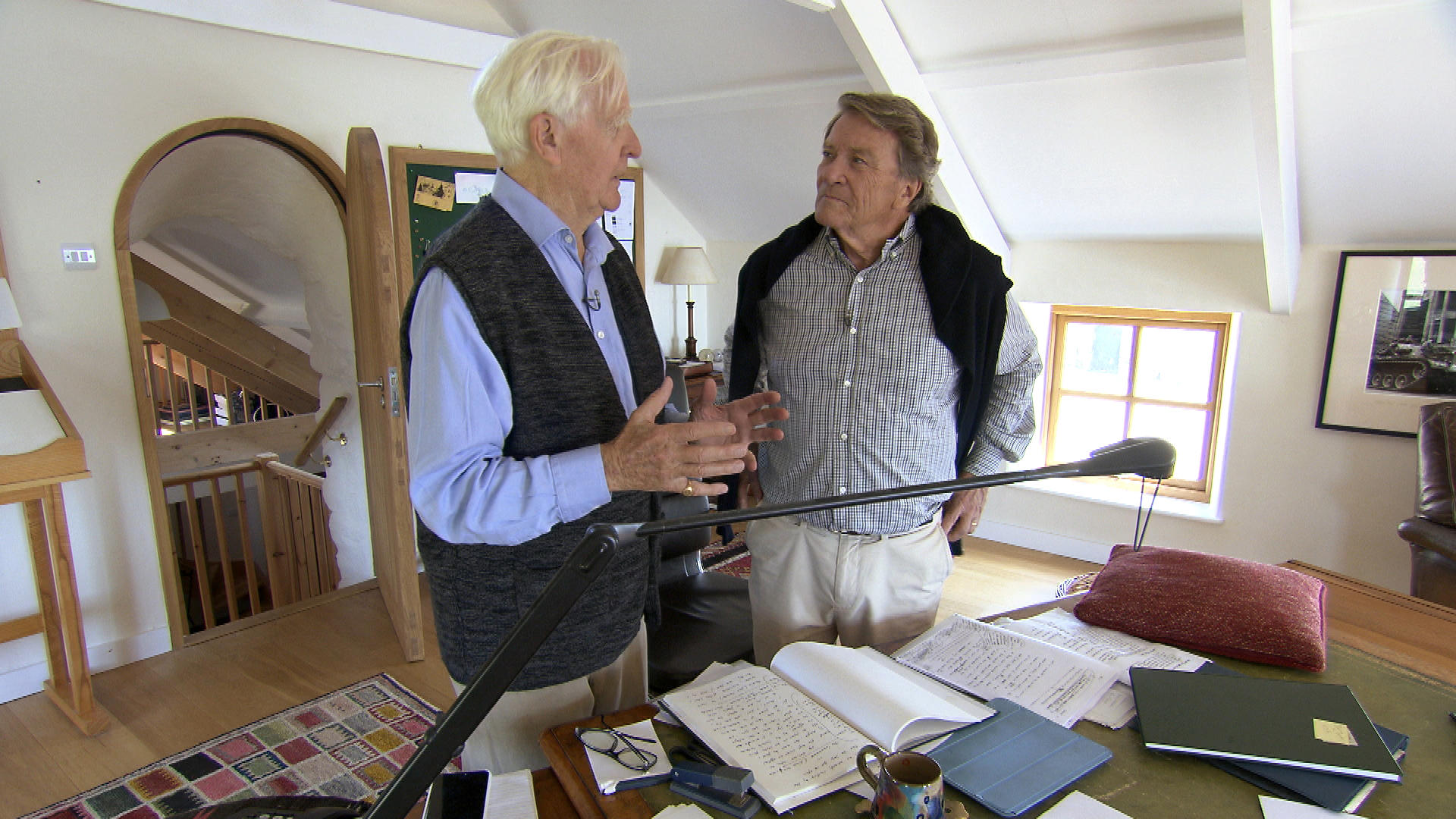 David Cornwell is possibly one of the least known best-selling authors in the world. His novels tell tales of espionage and betrayal, thrilling millions of readers who know him by his pen name, John le Carré.  Sunday he died at the age of 89.

Cornwell rarely gave television interviews, but on the heels of his book, "A Legacy of Spies," Cornwell agreed to speak with 60 Minutes.

"We jumped at the opportunity," said 60 Minutes producer Michael Gavshon, who had been angling to interview Cornwell for more than 15 years. "I've always found him to be the most compelling and insightful writer."

When the 60 Minutes team first met Cornwell, he was in the final editing stages of "A Legacy of Spies." The plan was to spend a few hours at his home in South West England. Instead, the 60 Minutes team spent an entire day there, listening to his stories and gleaning a few writing tips along the way.

Tip 1: Make the verb do the work

"In the end, it's ironing the stuff, getting out anything that's extraneous," Cornwell told Steve Kroft in the clip above, pointing to a draft of his novel that was covered in notes.

"I don't use adjectives if I can possibly get away with it," Cornwell said. "I try to make the verb do the work."

Like many authors, Cornwell wrote what he knew. His tales of espionage were inspired by his time in British intelligence agencies, and the details of the endeavors came from his own lengthy research trips abroad. He kept meticulous notebooks when he travelled, immediately writing down the sights, sounds, and smells of each new location.

In the clip above, he showed Kroft the travel notebooks he kept in Kenya and Sudan for his novel "The Constant Gardner."

"This is the stuff then that I bring back here to this room, masses and masses of it, the memories, the observations, things like color, smell," Cornwell said.

The most important observations, he noted, were his first impressions, when his senses were still shocked by newness and not dulled by experience.

"Get them down on paper and bring them back here," he said, "and then they're at your elbow."

Tip 3: Start your story as "late" as possible

When Cornwell began a novel, he knew he must get his reader's attention with the opening lines. To do that, he jumped into the action straightaway, then used flashbacks to explain how his characters got there.

He also took a cue from Alfred Hitchcock: Put the bomb under the bed.

While Cornwell felt his plots were "terribly elementary," he acknowledged his novels centered around elaborate themes. Once he had figured out a novel's theme, the next most important element of a John le Carré book was its ending.

"How do we get out of this? What will the reader feel? What will a person in the cinema feel as they walk out, as the reader puts down the book?" Cornwell asked himself. "[I]t doesn't have to be a happy end, but it has to be a logically convincing end. And that is the satisfaction which I believe I owe the reader."

Cornwell began writing around 7:30 a.m., allowing only the day's news to intrude before he got to work in his writing studio. Everything else had to wait.

In the clip above, he told Kroft that this routine developed when he worked as an intelligence officer, writing novels before his workdays began.

"It was sort of stealing time in those early mornings," he said, "and it was a very strange period, those first three novels, because I was not only writing them in privacy, so to speak, I was writing them conscious that I must not reveal that I was in the intelligence business."

Lastly, Kroft asked Cornwell if he ever got writer's block. Yes, Cornwell admitted, he did. But to him, writing was like exercise: Do it every day even when you don't want to.

"I absolutely will not say I can't write today, therefore I'm not writing," he told Kroft. "I go to my desk. And quite often, if you really press yourself, you get decent stuff out of yourself at the end of it."

The videos above were originally published on September 17, 2017 and produced and edited by Will Croxton.

Anderson Cooper flies in an eVTOL
Thanks for reading CBS NEWS.
Create your free account or log in
for more features.
View CBS News In
CBS News App Open
Chrome Safari Continue
Be the first to know
Get browser notifications for breaking news, live events, and exclusive reporting.