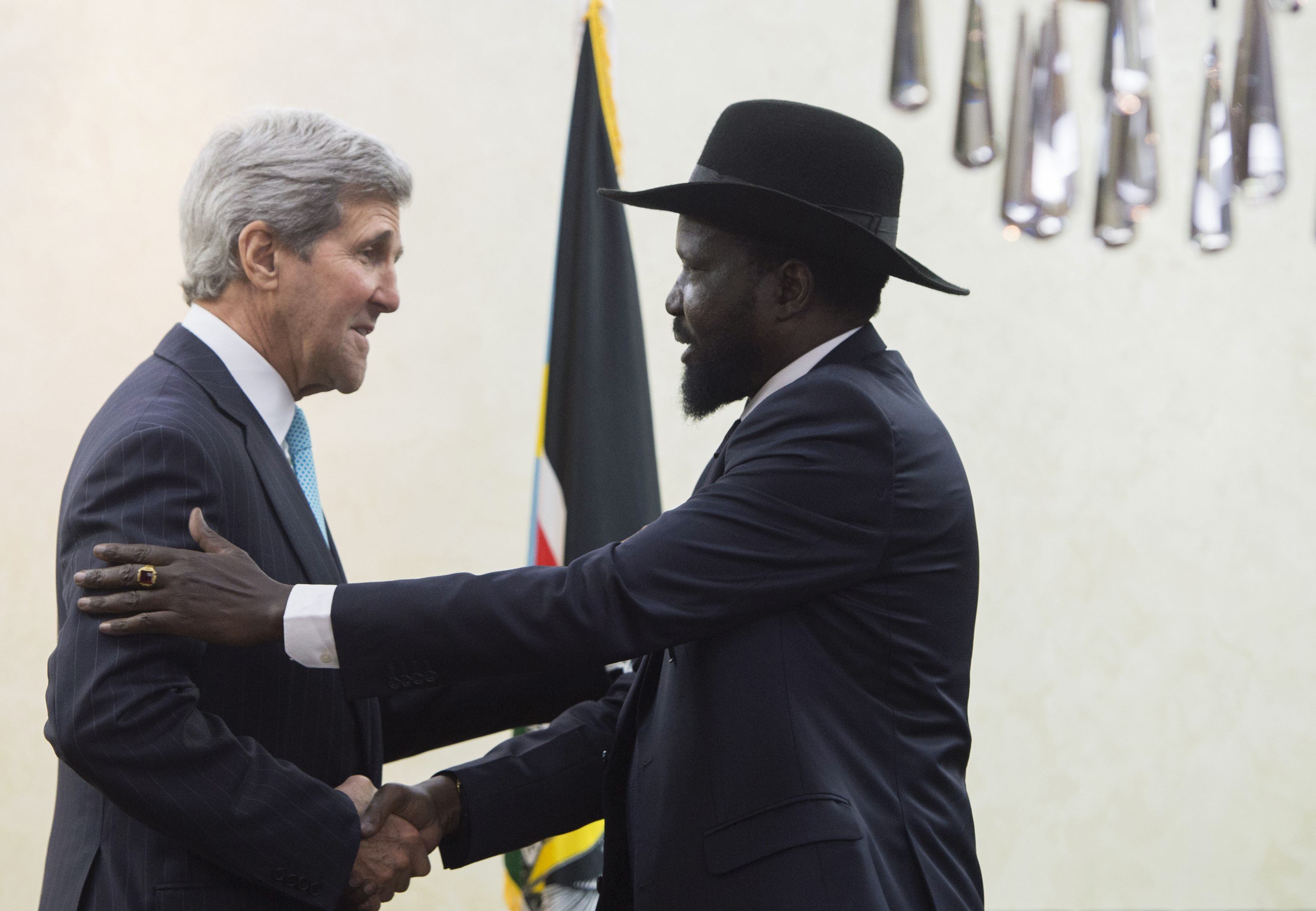 JUBA, South Sudan -- In a stern warning, U.S. Secretary of State John Kerry is urging South Sudan's warring government and rebel leaders to uphold a months-long promise to embrace a cease-fire or risk the specter of genocide through continued ethnic killings.

Kerry, landing in the capital Juba on Friday, carried the threat of U.S. sanctions against prominent South Sudanese leaders if the rampant violence doesn't stop. But more than anything, he sought to compel authorities on both sides of the fight to put aside personal and tribal animosities for the good of a nation that declared independence three years ago to escape decades of war.

Now, South Sudan is engulfed in widespread killings that have largely broken down along ethnic lines and are drawing comparisons to genocide.

It's estimated that thousands of people have been killed since the fighting began nearly six months ago, and about 1 million others have fled their homes. If that continues, Kerry said Thursday, it "could really present a very serious challenge to the international community with respect to the question of genocide."

India's COVID 2nd wave is a tsunami, and it's taking a grim toll
Violence engulfing South Sudan since last December is largely the result of ethnic tensions between the two tribes that boiled over when Kiir accused Machar of plotting a coup. A month later, both sides agreed to a peace deal that eventually fell apart within days.

The U.S. and U.N. are threatening to bring sanctions against militants on both sides of the fighting - including, potentially, Kiir and Machar themselves. And Western officials are trying to persuade the African Union to deploy thousands of troops to South Sudan to keep the peace - or, as Kerry put it, make peace after massacres and bloody counterattacks show no sign of ceding.

Hope for a cease-fire lies largely in the hands of AU officials who are undecided on what a peacekeeping force would look like, as well as leaders of neighboring Kenya, Ethiopia and Uganda who are weighing their own sanctions against South Sudan. Those penalties - likely freezing the assets and travel privileges of South Sudan's elite - would carry far more weight than sanctions by the U.S. alone, which has relatively limited interaction with the eastern African nation.

U.S. lawmakers want to impose the sanctions anyway. In a letter Thursday to President Obama, nine U.S. senators, including Senate Foreign Relations Chairman Bob Menendez, D-N.J., called for targeted sanctions on militants who are believed to have directed the killings or otherwise participated in them or committed other kinds of human rights abuses. The letter also called for additional penalties by the U.N. Security Council and holding Kiir and Machar personally accountable for shepherding through a peace agreement.

"As these unconscionable acts of violence continue, South Sudan's leaders continue to prioritize military gains ahead of the well-being of their people," the senators wrote. "The South Sudanese government has an obligation to ensure that the lives of their people and future of their young country are not marred by further violence."