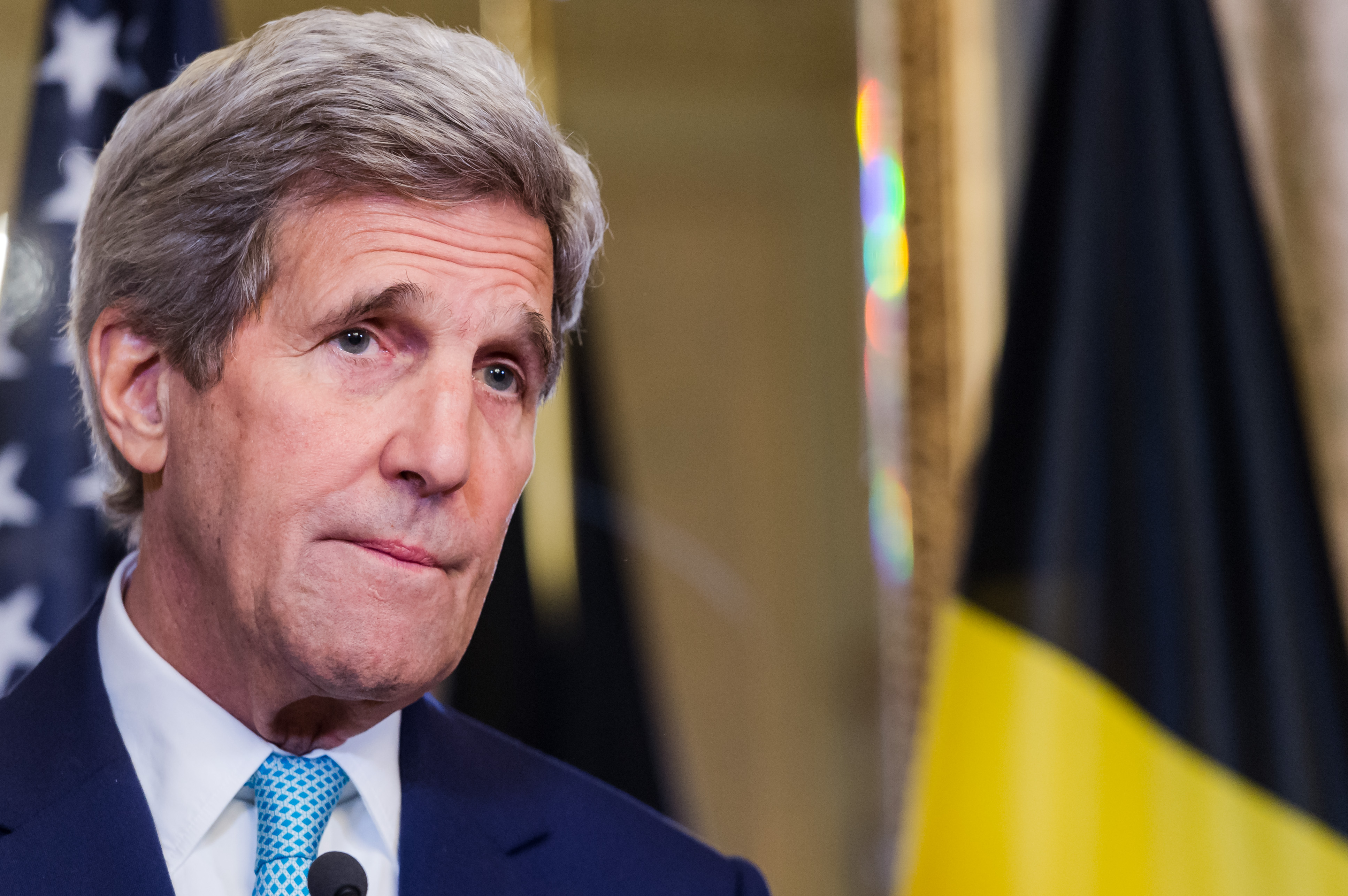 Secretary of State John Kerry on Friday insisted that the U.S. is winning the fight against the Islamic State in Iraq and Syria (ISIS) despite the Brussels bombings that left 31 people dead and more than 270 injured.

CBS News correspondent Vladimir Duthiers asked Kerry in an interview from Brussels how the administration can claim the U.S. is winning the battle under the circumstances.

"Because we are winning," Kerry told Duthiers, who anchors on CBSN. "The fact that you can strike by sending a couple of would-be suicidal people into an airport to blow up a bomb does not indicate that they're winning. It means they've just struck a horrible blow and been willing to take lives with them."

Kerry, who landed in Brussels Friday morning, argued that these bombings are done out of desperation because ISIS is losing significant ground in their strongholds.

"Forty percent of the territory that Daesh held has been taken back," he told CBSN, using an Arabic acronym for ISIS. "Their leadership is being taken apart, their revenue is being cut... What you're seeing [in Europe] are desperation, lash-out events."

Kerry said the U.S.-led coalition against ISIS is "winnowing out their capacity to promote these attacks."

"I believe, and I'm confident when I say to you, I believe Daesh is under enormous pressure and over a period of time, Daesh is going to be destroyed," he said.

Europe has to step up its counterterrorism operations, Kerry argued, by passing a law that would allow early screening of passengers and by doing more to facilitate information-sharing among intelligence agencies.

After he landed, Kerry met with Belgian Prime Minister Charles Michel, the country's foreign minister, the king of Belgium and the president of the European Commission. He also laid a wreath at Brussels National Airport's remembrance site.

His visit comes three days days after terrorists bombed Brussels' airport and a subway station by the European Union on Tuesday. As of Wednesday, 61 people were in intensive care.

A U.S. official told reporters in Brussels Friday that at least two Americans died in the attacks Tuesday. It's unclear who the official was referring to, but the family of a brother and sister who have been missing said they were among the dead.

Sascha and Alexander Pinczowski, both Dutch citizens who had been living in New York City, have relatives in the Netherlands. They were returning to the U.S. when they lost their lives, CBS News was told.

Meanwhile, the Defense Secretary Ash Carter confirmed Friday that the U.S. believes a senior ISIS commander has been killed..

"We are systemically eliminating [ISIS's] cabinet. The U.S. military killed several key [ISIS] terrorists this week, including, we believe, Haji Imam," Defense Secretary Ash Carter said Friday, identifying Imam as a "well-known terrorist" high in the ranks of the extremist group. "The removal of this ISIL leader with hamper the organization's ability for them to conduct operations both inside and outside of Iraq and Syria."

Imam, believed to also go by the names Abd al-Rahman Mustafa al-Qaduli and Abou Ala al-Aafri, was a senior member of ISIS from the start. He came from the group's predecessor, al Qaeda in Iraq, which he helped found more than a decade ago.