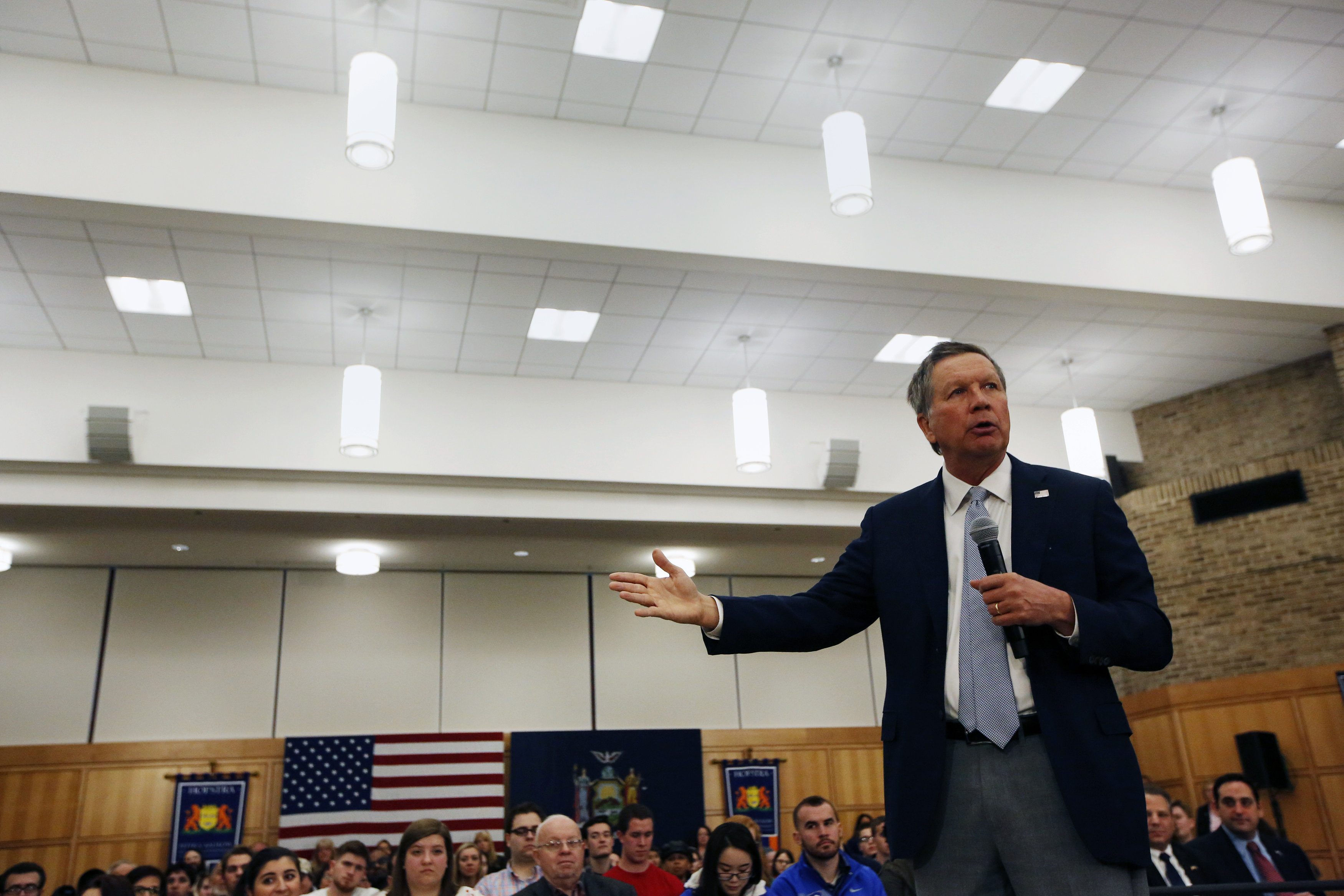 Ohio Gov. John Kasich pushed back aggressively Monday on GOP front-runner Donald Trump's suggestion that he should exit the race because "he's taking my votes," painting Trump as childish and reiterating that he's planning to stay in the race.

"Donald Trump said that I need to get out of the race because I'm getting his voters," Kasich said at a town hall event at Hofstra University in Hempstead, N.Y. "Well, I -- wait, wait, no, no, I've got news for him. I'm going to get a heck of a lot of his voters, okay?"

When one audience member implored him not to exit the race, Kasich reassured that he's in this for the long haul. "No, I'm not -- I'm dropping in, I'm not dropping out," he said.

Polling puts Kasich in a distant third place in Wisconsin--a CBS News Battleground Tracker poll released Sunday found him at 18 percent ahead of the state's Tuesday primary. But the Ohio governor is setting his sights on trying to pick up as many delegates as possible in East Coast primaries later in April, beginning with New York on April 19.

To Trump's suggestion that he's stealing away votes, Kasich mocked Trump's argument as childish. "I thought we got out of the sandbox years ago," he said.

Kasich said there are two main reasons candidates drop out of the presidential race: either they run out of money or they decide they've sufficiently gotten out their message. Neither, he said, is the case for him.

"The reason you drop out is when you think, first of all, if you run out of money, which we're not," he said. "And secondly, though is when you certainly -- when you begin thinking, 'Well, my mission's been fulfilled.' It hasn't been completed."