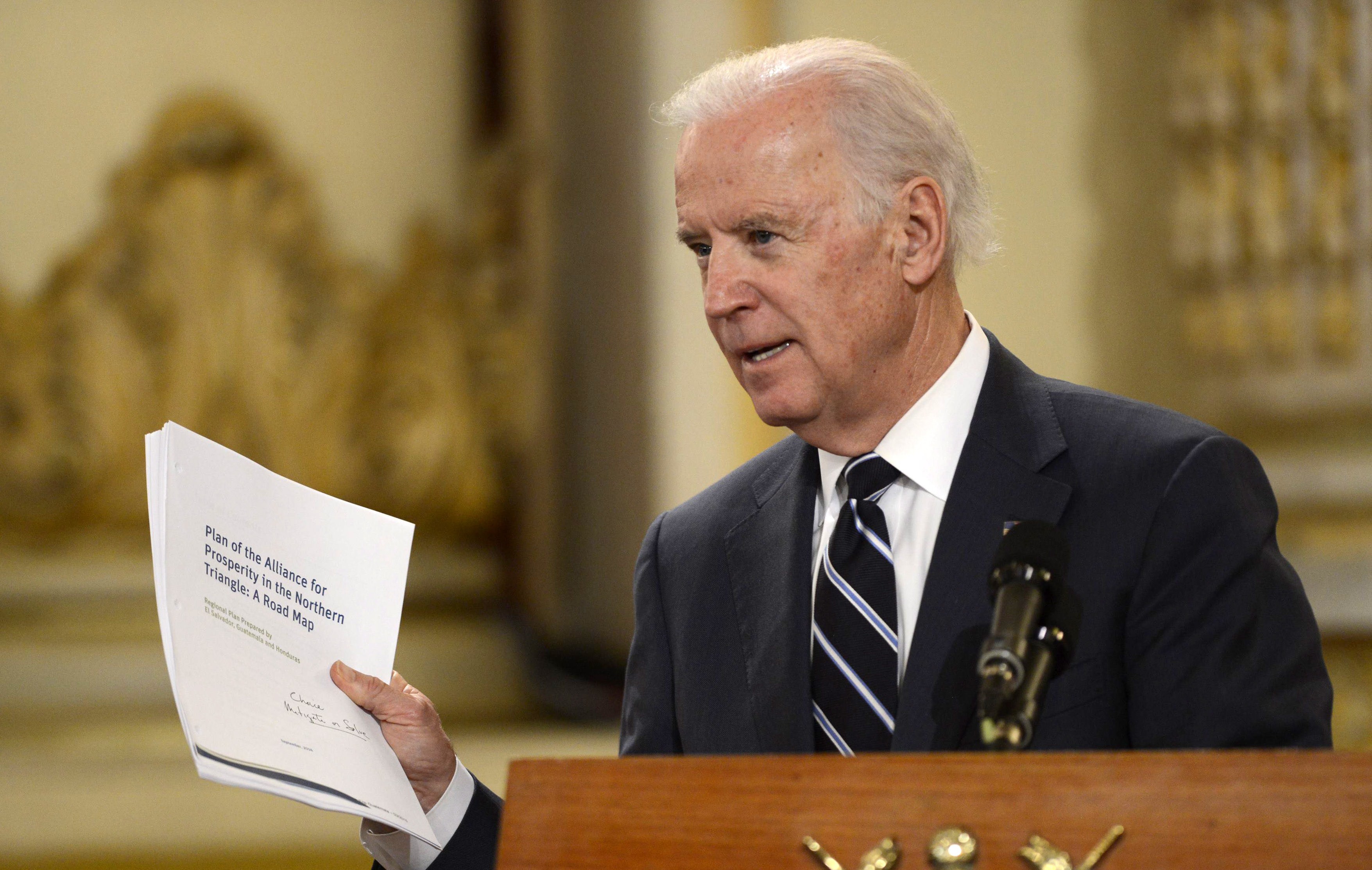 In a sharply worded letter sent Monday evening, Vice President Biden condemned the 47 Republican senators who wrote to Iran's leaders warning that any nuclear deal between the U.S. and Iran would likely be short-lived.

The Republicans' letter, Biden wrote, is "beneath the dignity of an institution I revere."

"In 36 years in the United States Senate, I cannot recall another instance in which senators wrote directly to advise another country - much less a longtime foreign adversary - that the president does not have the constitutional authority to reach a meaningful understanding with them," Biden wrote.

The letter that prompted Biden's outrage, sent by Sen. Tom Cotton, R-Arkansas, and 46 other senators, was seen as an attempt to undermine negotiations over Iran's nuclear program. The U.S. and Western nations are seeking a deal that would roll back economic sanctions on Iran in exchange for the ability to verify that the Iranian nuclear energy program is being used for peaceful purposes.

Republicans worry that the Iranians can't be trusted, and that they're buying time until they can secure a nuclear weapon. In their letter, Cotton and his GOP colleagues warned Iran's leaders that any agreement reached might not be worth the paper it's written on.

"The next president could revoke such an executive agreement with the stroke of a pen, and future Congresses could modify the terms of the agreement at any time," they wrote.

Cotton fired back at Biden's criticism on Tuesday morning. "Joe Biden, as [President] Barack Obama's own secretary of defense has said, has been wrong about nearly every foreign policy and national security decision in the last 40 years," the senators said on MSNBC, referring to criticism that former Secretary of Defense Bob Gates leveled at Biden in his memoir.

"If Joe Biden respects the dignity of the institution of the Senate he should be insisting that the president submit any deal to approval of the Senate, which is exactly what he did on numerous deals during his time in Senate," Cotton added.

The Democratic National Committee also took aim at the Republicans' conduct regarding Iran, releasing a series of talking points on Monday that criticized the GOP letter and the potential Republican presidential candidates who signed it.

"This is a new low even for a party that has long abandoned the idea of politics stopping at the water's edge," the talking points read. "Republicans have now moved beyond reckless rhetoric to actually working to undermine the ability of the United States to find diplomatic solutions to some of the world's most pressing problems, like nuclear proliferation."

"Republicans in the Senate, including presidential hopefuls Marco Rubio, Ted Cruz, Rand Paul and Lindsey Graham signed a letter to the leaders of Iran warning them that if they sign a nuclear deal with President Obama it won't necessarily last past his administration," the talking points continued. "The questions everyone should be asking these presidential hopefuls is do they support these kinds of tactics that undermine the President's ability to advance our national interests around the world, and would they support these kinds of tactics from a Democratic Senate if they were sitting in the Oval Office."

Some of the seven Republicans who didn't sign the letter voiced skepticism about the tactic. "It's more appropriate for members of the Senate to give advice to the president, to Secretary Kerry and to the negotiators," Sen. Susan Collins, R-Maine, told Politico. "I don't think that the [Iranian supreme leader Ayatollah Khamenei] is going to be particularly convinced by a letter from members of the Senate, even one signed by a number of my distinguished and high ranking colleagues."