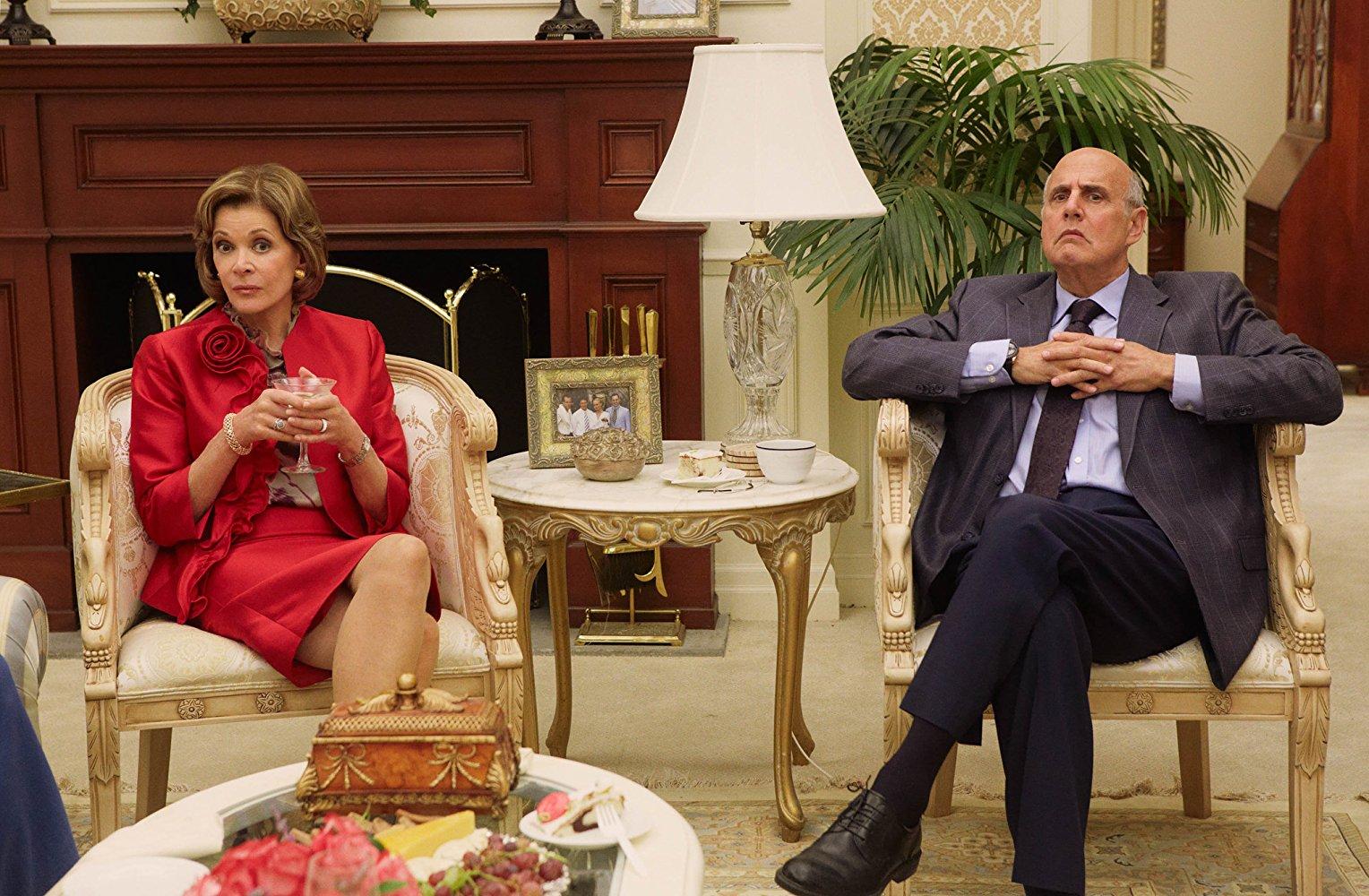 "Arrested Development" star Jessica Walter said in an interview published Wednesday that co-star Jeffrey Tambor verbally abused her during filming the show. Tambor was fired from "Transparent" for alleged sexual misconduct, although he has denied the claims, but he did return for the fifth season "Arrested Development."

Tambor had previously said there had been a "blowout" that got ugly with Walter, who plays his wife on the show. In the New York Times piece, Walter said that in "almost 60 years of working, I've never had anybody yell at me like that on a set and it's hard to deal with, but I'm over it now."

Despite Walter eventually crying during the Times interview, her male co-stars, including Jason Bateman, tried to make light of the situation. Bateman said "this is a family and families, you know, have love, laughter, arguments — again, not to belittle it, but a lot of stuff happens in 15 years."

While Will Arnett joked that he "keyed Bateman's car," and Bateman said more seriously "in the entertainment industry it is incredibly common to have people who are, in quotes, 'difficult.'" And Tambor said he has "profusely" apologized.

"Ms. Walter is indeed a walking acting lesson." Tambor said. "And on 'Transparent,' you know, I had a temper and I yelled at people and I hurt people's feelings. And that's unconscionable, and I'm working on it and I'm going to put that behind me, and I love acting."

Walter said through tears "let me just say one thing that I just realized in this conversation. I have to let go of being angry at him. He never crossed the line on our show, with any, you know, sexual whatever. Verbally, yes, he harassed me, but he did apologize. I have to let it go. [Turns to Tambor.] And I have to give you a chance to, you know, for us to be friends again."

Bateman and Tony Hale both said "we've all had moments," but Walter insisted "not like that -- that was bad." And co-star Alia Shawkat said "But that doesn't mean it's acceptable. And the point is that things are changing, and people need to respect each other differently."

Walter's male co-stars, especially Bateman, were criticized Wednesday for defending Tambor and constantly jumping in to explain what happened with Walter.

In February, Amazon confirmed that Tambor was not returning for Season 5 of "Transparent" after concluding its investigation. Two women came forward in November to accuse Tambor of sexual harassment, including "Transparent" actress Trace Lysette and a former assistant.

Tambor told the Hollywood Reporter earlier this month that he was "mean" and "difficult" on the set of "Transparent."

"I drove myself and my castmates crazy," he said. "Lines got blurred. I was difficult. I was mean. I yelled at Jill — she told me recently she was afraid of me. I yelled at the wonderful [executive producer] Bridget Bedard in front of everybody. I made her cry. And I apologized and everything, but still, I yelled at her. The assistant directors. I was rude to my assistant. I was moody."