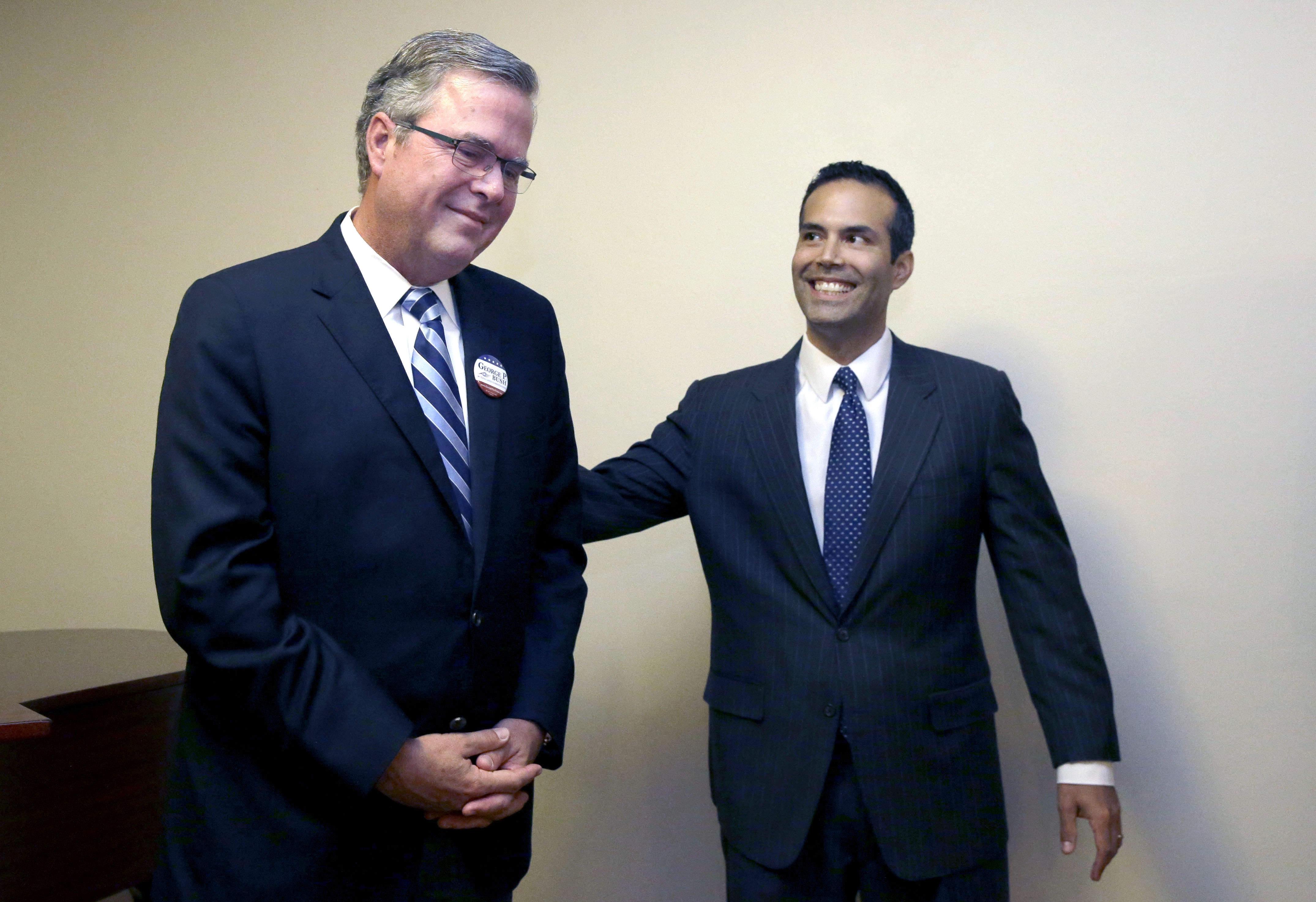 Jeb Bush's son said it's "more than likely" his dad will run for president in 2016 in an interview that aired Sunday.

George P. Bush, Jeb Bush's eldest son, was interviewed by ABC News. The younger Bush is knee-deep in his own campaign this year, running for Texas land commissioner.

ABC's Jon Karl asked Bush whether his father is running for president.

"I think he's still assessing it," Bush said, offering the same demurral his father and other members of his family have given in recent months.

When Karl pressed Bush to offer a specific probability, Bush said, "It's more than likely that he's giving this a serious thought...and moving forward."

"That he'll run," Bush responded. "If you had asked me a few years back, I would have said it was less likely." He added that if his father does decide to run, "The family will be behind him 100 percent."

While Jeb Bush's brother and father, both former presidents, have encouraged him to run, other members of the family, including his mother, Barbara Bush, have aired reservations.

A former Republican governor of Florida, Bush is a favorite of the party's establishment wing. If he runs, he'd draw on a deep well of support among the donor network cultivated by his father and brother.

But his connection to the establishment could also be a liability. Some elements of the conservative grassroots view Jeb Bush with skepticism, particularly his relatively moderate approach to education and immigration policy.

Bush has said he'll only launch a bid if he can campaign unapologetically on the issues that are important to him. He's said he's likely to decide on a run after November's midterm elections, by the end of the year.