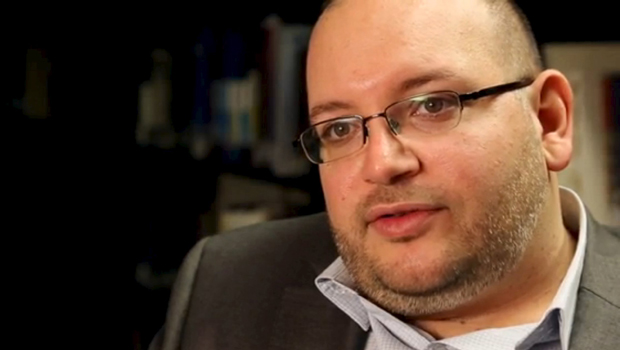 VIENNA -- Iran will release four detained Americans in exchange for seven Iranians held or charged in the United States, U.S. and Iranian officials said Saturday in a major diplomatic breakthrough announced as implementation of a landmark nuclear deal appeared imminent. A fifth American detained in Iran, a student, was released in a move unrelated to the swap, U.S. officials said.

Late Saturday, a senior Obama administration official told CBS News that the student had left Iran and the plane for the four other Americans had not yet departed.

The official said more steps still had to be taken but "we expect those steps to be completed as soon as possible."

Washington Post reporter Jason Rezaian, former U.S. Marine Amir Hekmati, pastor Saeed Abedini and Nosratollah Khosravi-Roodsari, whose name had not been previously made public, were to be flown from Iran to Switzerland aboard a Swiss aircraft and then transported to a U.S. military hospital in Landstuhl, Germany, for medical treatment, U.S. officials said.

The student, identified as Matthew Trevithick, was released independently of the exchange on Saturday, said U.S. officials.

In return, the U.S. will pardon or drop charges against seven Iranians - six of whom are dual U.S.-Iranian citizens - accused or convicted of violating U.S. sanctions.

Three were serving prison terms and now have received a commutation or pardon. Three others were awaiting trial; the last one made a plea agreement.

In addition, the U.S. will drop Interpol "red notices" - essentially arrest warrants - on 14 Iranian fugitives it has sought, the officials said.

Iran also committed to cooperate with the U.S. to determine the whereabouts of Robert Levinson, who disappeared in Iran in 2007, the officials said.

"We are happy for the other families. But once again Bob Levinson has been left behind. We are devastated," the statement said.

The senior administration official said the U.S. was not able to include Levinson "in this time frame."

"We are committed to determining his whereabouts," the official said.

The announcement of the exchange came as the International Atomic Energy Agency was close to certifying that Iran had met all commitments under the nuclear deal with six world powers.

U.S. Secretary of State John Kerry met in Vienna with Iranian Foreign Minister Mohammad Javad Zarif and other officials involved in the accord, and the U.N. nuclear agency later certified that Iran has met all of its commitments.

The release of the prisoners and the nuclear deal developments cap a week of intense U.S.-Iran diplomacy that took an unexpected turn on Tuesday with the detention by Iran of 10 U.S. Navy sailors and their two boats in the Persian Gulf. The sailors were released in less than 24 hours after Kerry intervened with Zarif in multiple telephone calls that administration officials hailed as a channel of communication opened because of the nuclear negotiations.

"Through a diplomatic channel that was established with the focus of getting our detained U.S. citizens home, we can confirm Iran has released from imprisonment four Americans detained in Iran," one of the U.S. officials said.

Frederick J. Ryan Jr., publisher of The Washington Post, said in a statement, "We couldn't be happier to hear the news that Jason Rezaian has been released from Evin Prison. Once we receive more details and can confirm Jason has safely left Iran, we will have more to share."

"He told me that judiciary officials have called for a meeting with him. But I've not been formally informed if he is free now," he said, adding that negotiations for the prisoners' release has been going on for the past two months.

Hekmati's family released a statement saying: "We thank everyone for your thoughts during this time. There are still many unknowns. At this point, we are hoping and praying for Amir's long-awaited return."

Among American politicians, Republican presidential candidates Donald Trump and Ted Cruz and U.S. House Speaker Paul Ryan gave cautious praise to the release of the prisoners, particularly Abedini, but said they never should have been held in the first place. Democratic candidate Bernie Sanders praised diplomacy as the key to solving the detainee issue.

Rezaian was born in California and holds both U.S. and Iranian citizenship. He was convicted in closed proceedings last year after being charged with espionage and related allegations. The Post, for which he covered Iran, and the U.S. government have denied the accusations, as has Rezaian.

Hekmati, of Flint, Michigan, was detained in August 2011 on espionage charges. Hekmati went to Iran to visit family and spend time with his ailing grandmother.

Abedini of Boise, Idaho, was detained for compromising national security, presumably because of Christian proselytizing, in September 2012. He was sentenced in 2013 to 8 years in prison.

Levinson, who disappeared while working for the CIA on an unapproved intelligence mission, wasn't part of the deal. American officials are unsure if the former FBI agent is even still alive. The Iranians have always denied knowing his location.

The exchange also didn't cover Siamak Namazi, an Iranian-American businessman who advocated better ties between Iran and the U.S. He was reportedly arrested in October.

The lawyer for Mekanik, who has been jailed since his indictment last April on charges of illegally exporting microelectronics technology to Iran, said his client was "elated" to be pardoned.

"He's been incarcerated for nine months for a crime that he's just accused of but did not commit," said lawyer Joel Androphy. "To me, it's just an injustice. You would expect this in some third-world country, not the United States." The Justice Department uses the spelling of 'Mechanic' in court filings.

Two other defendants in the case, Khosrow Afghahi and Tooraj Faridi, are also among those being offered clemency.